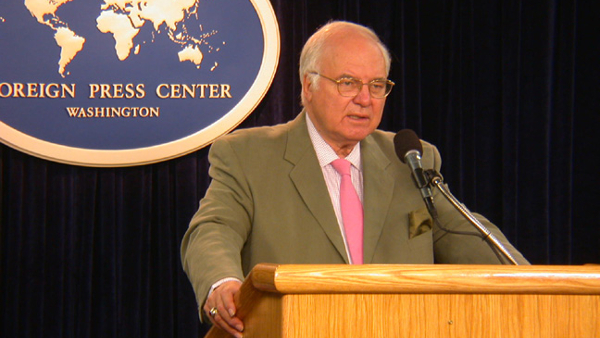 In his landmark 1982 book, “The Spirit of Democratic Capitalism,” Michael Novak identified why socialism was failing and capitalism was prevailing. This was before the policies of Ronald Reagan and Margaret Thatcher had really begun to have an impact on their economies and well before the collapse of the Soviet Union.

He noted that even dedicated Marxists had already begun to reinvent themselves in anticipation of the crushing change of fortunes. They were moving on to what they called democratic socialism, but Novak saw that as a contradiction in terms. You cannot have democracy without individual (not collective) rights, including the right of property, yet socialists continued to insist on collective ownership, or at least control over all property.

Novak cites a 1974 conference held in England to redefine what socialism means. One of the conference organizers, Stuart Hampshire said –

“To me socialism is not so much a theory as a set of moral injunctions, which seem to me clearly right and rationally justifiable: first, that the elimination of poverty ought to be the first priority of government after defense; secondly, that as great inequalities in wealth between different social groups lead to inequalities in power and in freedom of action, they are generally unjust and need to be redressed by governmental action; thirdly, that democratically elected governments ought to ensure that primary and basic human needs are given priority within the economic system, even if this involves some loss in the aggregate of goods and services which would otherwise be available.”

So, socialists had come to believe –

Interestingly, this is precisely what President Obama and most of the American Left believe as well. They may have abandoned the socialist label, but are still advocating the socialist agenda – as defined by socialists themselves.

Novak notes that socialists had retreated from both theory and program into the “safer ground of moral ideals.” Why? Because their theories and their programs have failed and continue to fail every time they are tried. It is easier, and a whole lot more fun, to talk about solving problems than to actually solve them.

We see this all the time in health care. People lay out what insurance companies should be doing. I usually wonder, if they are so certain of this, why don’t they start an insurance company? It could be just exactly what they think should be happening. But, no, they don’t want to actually do it, they just want to tell other people what to do. The same applies to physicians, drug companies, hospitals, and every other aspect of the health care system.

Shortly after ObamaCare was enacted a bunch of economists wrote essays for an annual journal, The Economists Voice, http://www.degruyter.com/view/j/ev edited by Joseph Stiglitz and Aaron Edlin. A description of one of the essays went like this –

“Now that we have covered the uninsured, it is time for us to put the priority on health, not health insurance, according to Darius Lakdawalla and Dana Goldman, both of the University of Southern California. The authors argue that benefits to population health are likely to be limited under the Affordable Care Act (ACA).”

Never mind that none of the uninsured was in fact covered. All that had happened, was 2700 pages of paper were written and passed into law by Congress. But why worry about actually doing what was promised? It is enough to simply make the promise.

We see this throughout ObamaCare. It is easy enough for the planners to tell others what to do. Insurance companies are required cover adult “children” to age 26, pay for preventive care with no cost sharing, and so on, and they do it.

“In the days when I thought socialism represented a moral ideal, socialism required of me no special moral heroism. I did not intend to become an economic activist. I had great ambitions, but not as an entrepreneur, business executive, inventor, or other economic agent. While I attributed high moral idealism to socialism, those who would bear the chief costs of my views were, above all, the wealthy and the economically active. Socialism took no skin off my nose. Moreover, if socialism did not actually work as predicted, the poor and the workers would pay a higher price for economic stagnation than I would. It was a moral position that levied no costs.”

ObamaCare is simply the latest example of how regular folks suffer while the planners and the bureaucrats prosper. Washington DC never suffered during the recession, but small businesses, employees, and practicing physicians all paid the price for their fantasies.

Greg Scandlen has over 30 years experience in health care financing. He is an advocate of patient empowerment, consumer choice, and increased competition. As founder of the Council for Affordable Health Insurance in 1991 and Consumers for Health Care Choices in 2004, he helped get Health Savings Accounts enacted and implemented. He is now retired and living in Waynesboro, PA where he is active in his church and local politics.