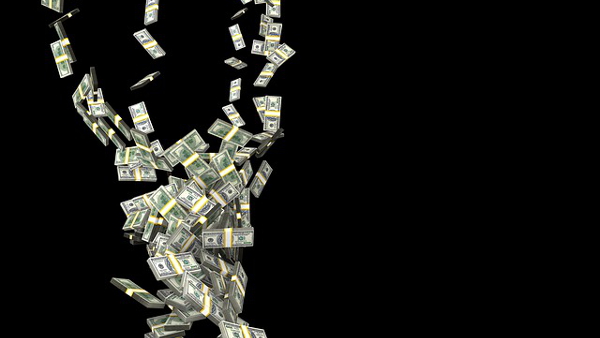 Throughout history armies have used counterfeit currency as a weapon of war. Interestingly enough, the method used is nearly precisely what central banks do today to their own economies. The history of monetary stimulus as weapon of war informs one of the most most important aspects of the business cycle: does an increase in money help the economy? Or, does “stimulus” actually harm the economy by perverting the price system that guides entrepreneurs and investors.

The protagonists in this debate are the Keynesians who, true to form, think money-printing (primarily through credit creation) is a great idea. Meanwhile, Classical-Austrians, and other behavioral schools of economics, think economic growth through money-printing is a dangerous illusion.

In his 2008 book “Currency Wars,” John Cooley writes, “Efforts in war or peacetime to undermine the economies, societies and governments of adversaries by falsifying their money have proliferated since ancient times.” Cooley details repeated efforts throughout history, among others the Persians, Greeks, Romans, Chinese, Nazis and the British in the American Revolution to intentionally debase enemy currency by injecting massive quantities of enemy money.

Some colorful examples include efforts by British General Howe during the American Revolution to forge notes, in order to debase the new US Continental currency. Howe had some help here by rampant printing by the new US government, and the Continental plunged by more than 2/3 in just its first year. Ironically enough, here’s a paper by one Karl Rhodes, a Federal Reserve researcher, who opens with a “News of Weird” tone when he might have opened with a “Should we shut down the Fed” tone. Rhodes seems to have missed the irony that he works for an organization paid to achieve, slowly and sneakily, what took General Howe hard work and perseverance.

Moving to the 20th century, we have the Nazis, whose plan to drop bomber-fulls of fresh Pound notes over the British countryside was dubbed “Operation Bernhard.” In modern Central Bank terms, the Nazis were really underachievers here, only managing some 15% increase in the money supply. Small potatoes for a Fed Chair.  Most of the notes ended up dumped in a lake in the Alps, as a kind of excess reserves should the UK economy ever need a quick stimulus. Of course, with wondrous technologies at their disposal, Yellen and Bernanke have improved on the Nazi bombers, modernizing the process of currency debasement with keyboards full of zeros and rolodexes full of bankers to help them out.

We’re left with one of two conclusions from this romp through the history of monetary stimulus as weapon of war: either we conclude that history’s armies have been so economically illiterate that they were using perfectly good bombers to actually boost the enemy economy.

Or, the second alternative, we conclude that central bankers today are so economically illiterate that they are using perfectly good keyboards and banker rolodexes to actually destroy their own economy.