Obamacare Initiative Could Be Funneling Patients to Lower Quality Hospitals 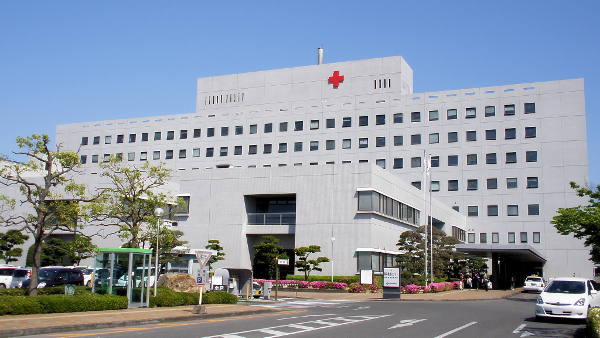 The main way the architects of Obamacare hoped to reduce health care spending was to encourage doctors and hospitals to work together to keep patients healthy.

Those elements of the Affordable Care Act—known as value-based payments—have sparked or sped up a wave of hospitals’ acquiring physician practices.

But so far the hoped-for savings aren’t materializing, according to federal data released this month. And a new Stanford University study suggests the entire endeavor could actually be having the opposite of its intended effect.

The federal Medicare program last week released data on the 353 accountable care organizations that were operating in 2014. These ACOs are joint efforts by doctors and hospitals that work to keep a specific group of seniors healthy and in need of less care. ACOs are the highest-profile piece of Obamacare’s value-based payments.

If the Medicare patients of an ACO rack up less in medical bills than Medicare projected they would, then Medicare gives some of those savings back to the doctors and hospitals as a bonus.

Overall, these ACOs did keep spending below Medicare’s projections—by $410 million, or 0.7 percent. But Medicare paid out more than that in bonuses—$413.7 million—meaning the entire program was a net loss to the government of $3.7 million.

Nationwide, Medicare expected ACOs would save it at least $10 million last year, and possibly as much as $320 million, according to predictions made in 2011. Obama administration officials say they still expect the program to work, according to Kaiser Health News, and they are still expecting to make half of all Medicare payments run through ACOs and other kinds of “value-based payment” by 2018.

But there have been all kinds of problems. Health care providers’ biggest complaint has been that the Medicare ACOs fail to adequately connect doctors with their patients.

If a patient with high medical bills one year gets better the next year, oftentimes that patient doesn’t show up in Medicare’s data, and so doesn’t get counted as a low-cost patient in the following year, according to Dr. Ben Park, CEO of Indianapolis-based American Health Network, which is participating in ACOs in Indiana.

“They get well. I mean, they don’t need us for a year, and so we don’t get those well people attributed to us and then they come back the next year,” Park said.

In addition to those issues, there may be a more fundamental problem. When hospitals are employing the doctors—as is the case with the state’s two largest ACOs, run by Franciscan Alliance and IU Health—those doctors steer patients to the hospitals of their employer, whether or not that’s in the patients’ best interests.

Looking at inpatient hospital admissions data from 2009, the Stanford researchers found that physicians in practices owned by hospitals sent about eight out of every 10 patients to the hospital that owned the doctor’s practice.

Worse than that, the Stanford researchers noted, patients of hospital-employed physicians are more likely to go to high-cost and low-quality hospitals.

That means just a shift in priorities for a physician’s referrals has a nearly seven times greater effect on patient choices than costs—a statistic that should send shivers down the neck of any advocate of relying on consumers shopping for care to reduce health care spending.

When it come to differences in quality—measured by mortality and readmission rates—patients are 0.9 percent more likely to choose a higher-quality hospital than a lower-quality one, when all other factors are the same. But when a patient’s physician is owned by the hospital where the patient is going, the chances are 1.8 percent higher than the hospital will be low-quality.

That means a new priority in physician referrals is twice as powerful as quality rankings—another big problem for transparency efforts.

“We find that a hospital’s ownership of an admitting physician dramatically increases the probability that the physician’s patients will choose the owning hospital,” wrote the Stanford researchers. They added, “We conclude that hospital/physician integration affects patients’ hospital choices in a way that is inconsistent with their best interests.”

Hospitals have long defended their employment of doctors by saying they don’t pay physicians for referrals (which is against federal law) and by saying their employed docs have the freedom to refer patients outside their system—whenever the patient requests it.

But most patients don’t request it. And it’s no secret hospitals encourage their employed docs to keep patients inside the system—verbally and even with “leakage” clauses in their employment contracts that pin financial incentives to whether or not a doctor keeps out-of-system referrals below a specific threshold.

Hospitals and doctors have done a lot of work since 2009 to improve quality and reduce costs.But if the results of Obamacare’s ACO experiment are any guide, then they confirm the Stanford results that integrating hospitals and physicians is not likely to reduce medical spending