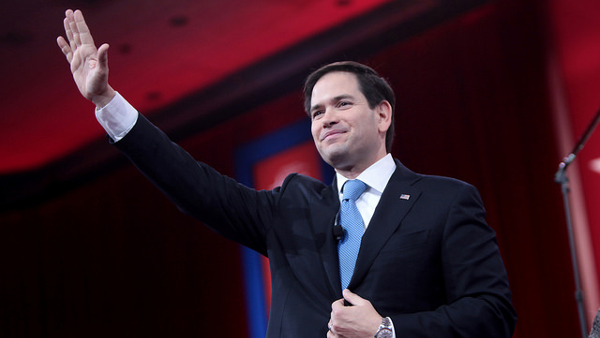 Jeb Bush was supposed to be the Republican nominee. It was almost a foregone conclusion at the start of the campaign, but after leading the pack for six months in betting markets, he has now collapsed. This has been to the benefit primarily of Marco Rubio, though almost every candidate is moving up as Bush collapses.

In the last two weeks, Jeb’s chances of winning the nomination have nearly halved. As that’s happened, Marco Rubio has skyrocketed to first place, and is almost as high as Jeb was at his peak.

Jeb has become increasingly invisible as Carson, Trump, and Rubio get attention. He had a chance in this debate to take some of that visibility back from his competitors. He totally failed in that endeavor, and his one serious attempt at it – when he attacked Rubio for missing Senate votes – ended up hurting him.

Several other candidates have benefited from Jeb’s collapse. Trump has gone up 3% in that time period, as has Carson; Ted Cruz went from 5% to 7% after the debate.

Fiorina, however, went down. Despite having more speaking time than any other candidate in the debate, she didn’t have any great stand out moments like the ones she had in the second debate. Cruz and Rubio stood out, not her. 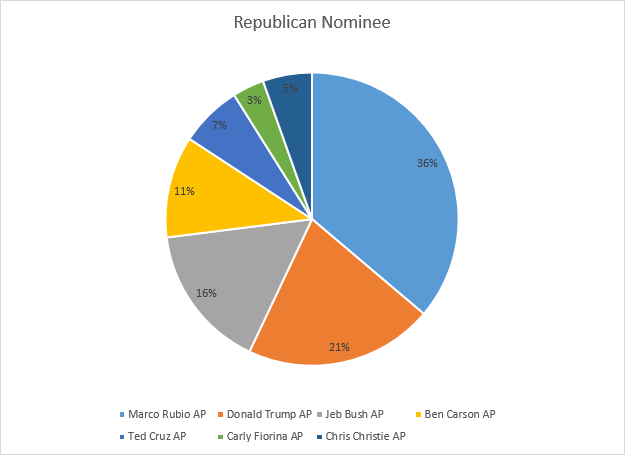 This is the current standing as of October 29th of the top 7 candidates. Marco Rubio is the front runner by a 15% margin. Jeb’s fall should help everyone else in the market, but it’s catapulting Rubio.