Silver Price Spikes, But What Demand 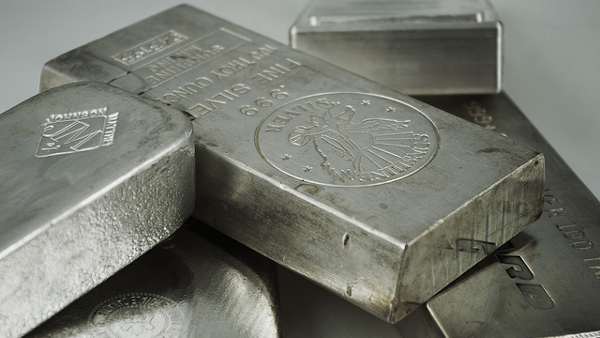 For a few frenzied minutes, while everyone was sleeping, the price of silver spiked 56 cents. Well, at least the West Coast of America was sleeping. It began at 8:30 in New York, where presumably most traders were not sleeping. And of course, it was afternoon here in London (where Monetary Metals just held a seminar). The catalyst was a news release: the non-farm payroll numbers.

In addition to the big price move, there is one other fact silver analysts are pondering. There is a real shortage of silver coins.

Let’s digress for a moment. We are not exactly known for our belief in the rumors that often swirl around precious metals. How do we know for sure that coins are scarce? We watch spreads. There is always a spread (called a premium in this market) between coins and spot silver. Here’s a graph of the Eagle premium asked by Monex. 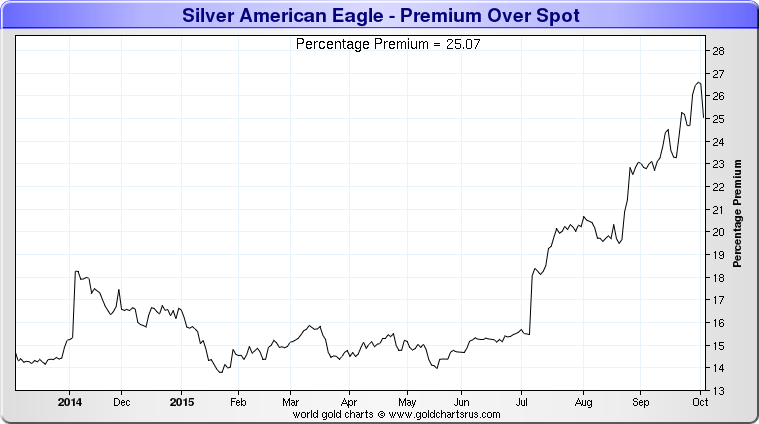 The spread has nearly doubled since July. An ounce of silver in the form of an American Eagle is selling for around $4 more than the same metal when it’s in the form of a 1000oz bar. That’s up from about $2. A big change.

This paints a picture of a desperate urgency of people to buy silver, but only in the form of coins. To put it in other words, it is a rising preference for coins over other forms of silver.

The obvious question is: does this show strong demand for physical silver metal? Our answer is “yes, but.”

Yes: there is clearly demand for silver coins.

But: the capacity to produce silver coins is inelastic. Manufacturers can only stamp them out so fast (and they have little reason to increase capacity, as they know that demand can dry up just as suddenly as it appeared, but capital equipment has to be amortized over many years).

As coins are bought (and presumably stacked, not to return to the market any time soon), this is demand for silver metal. However, it is like pulling liquid from a large pool through a thin straw. Yes, it’s drawing liquid out of the pool. But the straw can only flow so much.

Read on, for a deeper look into gold and silver supply and demand fundamentals…

“Look at that incredible correlation between the price of the dollar (inverse of the commonly accepted price of gold) and the gold cobasis (i.e. scarcity indicator)! Since mid to late august, they have been tracking almost perfectly.”

What does this mean? It means as the dollar drops (i.e. the gold price rises) gold becomes less scarce. As the dollar rises, gold becomes scarcer. For now—we emphasize this is not a permanent feature of the gold market!—the gold market is moving like any commodity market. A lower price encourages buying and discourages selling. A higher price is the opposite.

The same is true this week.

The price of gold ended the week down, but not by much. Unsurprisingly, the fundamental price moved but $2 (still way over the market price).

Silver also shows the same basic pattern. The price of silver dropped and then spiked sharply on Friday, ending the week up 13 cents.

However, the cobasis (i.e. scarcity) fell. A lot. In fact, it is the biggest drop in the silver cobasis in years.

For the December contract, the decarry (the profit to be earned by selling a bar and buying a future) fell by about 1.9 cents. On Thursday, one could earn about 2.9 cents but on Friday after the price of silver jumped up, the profit from the same trade was only about a penny.

Speculators bid up the price of futures so fiercely and so aggressively, that the spread between December and spot was compressed to about 1/3 its previous size. *WHUMP!*

Let’s revisit the coin premium, this time overlaid with the continuous silver cobasis. 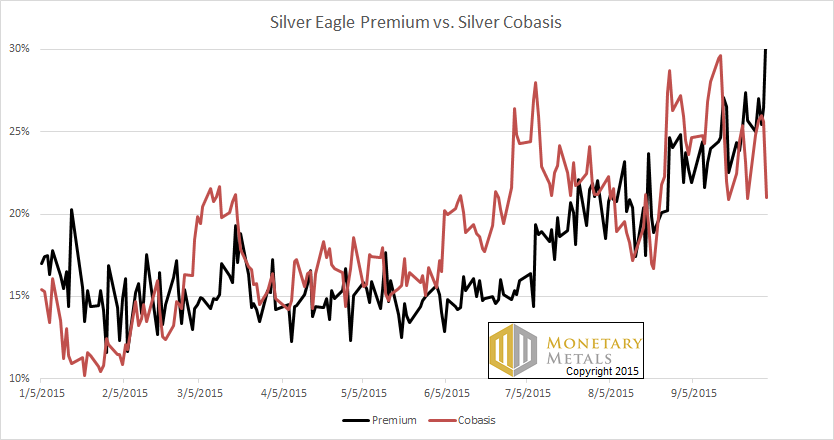 The Silver Coin Premium with Cobasis

This graph shows that there is a correlation, but it’s weak (the R^2 coefficient is 0.4). We interpret this to mean that sometimes the same market forces that are driving silver into scarcity can also drive coin stackers, but it does not work so well the other way. Stackers can’t pull enough silver through that thin straw, to cause any serious scarcity in the bullion market. Though they can exacerbate scarcity if it’s already rising.

By our calculation, the market price of silver is at or above its fundamental.

A Shareholder Asks Some Inconvenient Questions... May 27, 2021 | Jerry Bowyer

Inflating Our Thoughts On Inflation May 27, 2021 | David Bahnsen

The Economics Of Harding And Coolidge May 5, 2021 | Jim Huntzinger

The Long-Term Economic Issue We Should Worry About... April 29, 2021 | David Bahnsen