Skating to Where the Puck Will Be 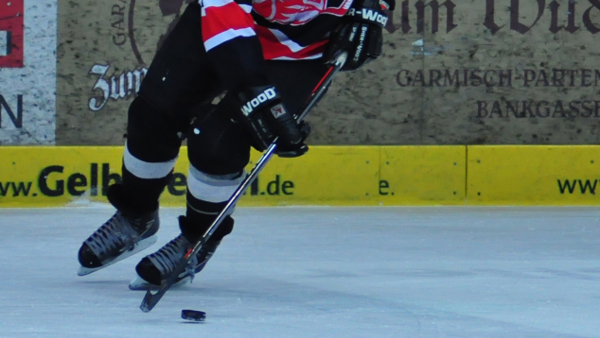 Gretzky is “The Great One,” also called “the greatest hockey player ever” by the sports world. He’s the leading scorer in NHL history, with more goals and more assists than any other player. He did it largely by skating to where he saw the puck heading.

So where will US cultures be in 2030? Given current trajectories described in the recent Pew study as well as Barna research, it’s likely that religious “nones” will constitute 46 percent of the US population (from 23% today). They’re into spirituality but not Christianity. For them, popular renditions of the gospel are been there, done that.

Exiles will represent 22 percent of the country. They’re mostly millennials and largely disaffected evangelicals. They believe in Jesus. They’re Christians. But for exiles, the prevailing renditions of the gospel and church are been there, done that.

Exiles are exiting a tradition Pew calls Evangelical Protestant, often found in independent churches. This tradition hails from the early 1800s. Given its current trajectory, Evangelical Protestantism will drop below 20 percent of the population by 2030 (from 26% today). Mainline churches, the fourth tradition, will likely drop to the single digits, from 18 percent today.

Do the math. By 2030, it is likely that 80 percent of the US population will view the gospel as been there, done that. They’ll be the new “burned-over district.”

Charles Grandison Finney coined the term “burned-over district” in 1876 to describe the western and central regions of New York in the early 1800s. He believed evangelists had blazed through the area so often that there was no “fuel” (interested population) left over to “burn” (convert).

This didn’t mean western folks were not into spirituality. They were. The problem was the evangelists’ truncated gospel. For centuries, the gospel was understood in four “chapters”—creation, fall, redemption, and the final restoration. Finney and his fellow evangelists shrunk the message into “God loves you, you are a sinner, accept Jesus.” Millions heard it and walked the aisle to receive Jesus. Then they began to walk away.

This truncated gospel couldn’t explain enough of life. People wanted more. That’s why the “burned-over district” spawned all sorts of spirituality cults. Joseph Smith, Jr. hailed from western New York. He founded a movement that later gave rise to Mormonism. The Fox Sisters introduced table-rapping seances and helped inspire Spiritualism. William Miller hailed from this region. His followers, called Millerites, became the Seventh-day Adventists. The first communal Shaker farm came from this region, as did the Oneida Society, known for its advocacy of group marriage. These groups all sought transcendence but were burned out on a truncated gospel.

It’s happening again. Given the current trajectories of religious “nones” and exiles, it’s likely most of the US will be the new “burned-over district” by 2030. To their credit, evangelical ministries seek to evangelize these folks. But are they skating to where nones and exiles will be in 2030? I don’t see much evidence this is currently happening.

But that could change. Next week, I’ll explain a way we could begin to skate to where the puck will be in 15 years. Sharpen your blades.

Dr. Michael Metzger is the Founder and President of Clapham Institute (www.claphaminstitute.org), based in Annapolis, Maryland. In 2010, Clapham Institute published Metzger’s book, SEQUENCING: DECIPHERING YOUR COMPANY’S DNA. Metzger has had more than 50 articles published in periodicals. He also reframes the role of religion in public life in a weekly column (www.doggieheadtilt.com). He and his wife Kathy live in historic Annapolis, Maryland. They have three adult children—all married—and three wonderful granddaughters.