Sorry Soros: China’s Not All That 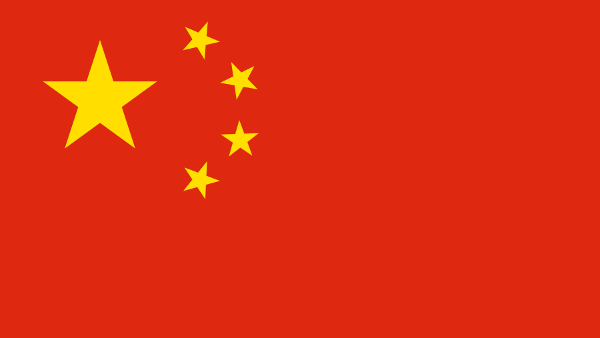 The flag of The People’s Republic of China

In 2011, masochistic Liberals embraced China as the model empire from which the United States could learn much. They were organized, we heard. They could manage change better then the West, we were told. They got things done, it was said.

“Perfect order and global governance are not realistic expectations,” George Soros told a group of acolytes in Paris, according to the New York Times, “However, it is a sad fact that Western democracies provide less successful leadership than China.”

In fact, it was predicted by the IMF that the Chinese economy would overtake the U.S. in 2016 as the dominant player on the world stage.

“According to the IMF forecast which was quietly posted on the Fund’s website just two weeks ago,” reported MarketWatch in 2012, ”whoever is elected U.S. president next year — Obama? Mitt Romney? Donald Trump? — will be the last to preside over the world’s largest economy.”

Well maybe not— unless Obama gets his oft wished for dream of being president of China.

It is clear by now that whatever China’s apparent strengths are, those strengths are measured in the billions of people, not the trillions of dollars in goods the country produces each year. And whatever prowess China has when it comes to management, it’s not quite enough to overcome the deficiencies of a capitalist economy run by a bunch of socialists.

As Shuaihua Wallace Cheng, managing director for China at the International Centre for Trade and Sustainable Development, says in an expert opinion piece on Reuters, “[W]hile the Chinese economy is unlikely to crash anytime soon, China nonetheless faces a high probability of being the next major power to face an economic collapse.”

Cheng cites over-production in industrial segments like iron and solar panels, a weak middle class, too much debt secured by too little assets, protectionism of failed industries by local government, and the lack of extensive financial resources like private equity and community banks.

Many China-watchers, myself included, have known for a while that China’s general upward vault was covering up important malinvestment in real estate and industry and it was just a matter of time before it became apparent. Once the economy slowed, things would look different.

That’s because China lacks the key requirement to most efficiently deploy capital in this or any other century: Freedom.

Cheng cites poor freedom of the press— that is the lack of freedom of investors, the public, and others to join into the discussion on how China should be governed. It’s important in an era of Facebook, Google, Twitter, cloud sharing and supercomputers that people be allowed to share ideas— especially ones critical of government and investment.

“Finally, [China] should promote freedom of the press,” says Cheng, “which plays a crucial role in economic development, poverty reduction and the establishment of good governance. A free press would help [China’s] reform agenda by monitoring and criticizing rule-breaking by local governments, as well as making government budget and subsidy programs more transparent.”

It’s not coincidental that today official GDP numbers in the United States include the creation of intellectual property, once just the domain of advertising, authors and songwriters. When products are largely the arrangement of 1s and 0s, put into electronic binary form, and then processed on machines in unique ways, ideas become very valuable.

This century will belong to those countries that can best incubate good ideas and then provide the capital, resources and management expertise to turn those ideas into meaningful intellectual property.

Capital in the 21st Century, it turns out, will rely on freedom, and lots of it.

In that race, America still has a 70 year head start on China, and while China isn’t exactly falling backwards, she isn’t exactly moving forward either

Texas To Biden On Gun Control: ‘Come And Take It’
Conservative Firing Line