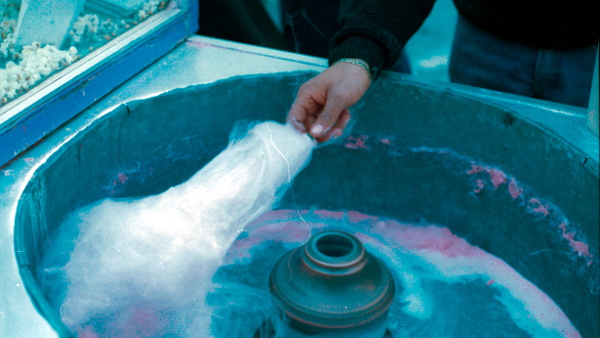 As I have discussed previously, if you borrow cash then it’s not income. This is why no one in his right mind borrows to buy consumer goods. Those who try cannot sustain it for long.

What if someone else borrows? Suppose someone else—let’s call her Jordyn—buys your house from you, at a higher price than you originally paid for it. You can spend some of the gain.

Of course she is just paying you with her borrowed proceeds, but most people think this is totally different than if you borrow to spend yourself. They feel comfortable spending part of the profit from the sale of a house or other asset.

What is borrowing? Stripped of the money and accounting, borrowing is simple. The borrower immediately consumes what he would have consumed tomorrow or next year. Someone gives him the right to this consumption, in exchange for his promise to repay—the right to consume even more in the future.

If borrowing adds to production, then it’s good borrowing. For example, in 1977 Steve Jobs borrowed $170,000 to launch Apple Computer. This was a good use of proceeds, because he built a productive empire that continues to create value, nearly 40 years later.

What if the proceeds aren’t used to build a wealth-generating business? What if they are simply consumed?

None other than former Federal Reserve Chairman Alan Greenspan spoke quite clearly on this topic. Testifying before the Joint Economic Commission in 2002, he discussed the “extraction” (his word) of equity out of homes. He noted two things. First, the gain in home equity is the same as the increase in net debt. Second, this fuels purchases of goods and services.

Thank you Dr. Greenspan for saying it clearly.

Picture millions of Jordyns, all across the economy. Debt is growing. Since the sellers of assets receive part of this debt as income, it fuels their consumption of food, energy, cars, or entertainment. The sellers may feel rich, but are they? Let’s look at a bigger example.

Suppose Andrew Alderton owns a house free and clear. It’s worth $100,000. Bill Baker borrows that amount and buys it from Andrew. Bill has the same asset that Andrew had, but unlike him, Bill has a liability to match. Andrew had $100,000 equity in the house, but Bill has none. When Andrew spends some of the cash he got for the house, it is really Bill’s credit he is spending.

Next, Charles Collier borrows $110,000 and buys the house from Bill. Bill can spend his $10,000 gain which is just Charles’ credit. Dave Duncan borrows $125,000 to buy it from Charles. Eric borrows to buy it from Dave, Frank buys it from Eric and so on. Eventually Zachary Zorander borrows $1,000,000 to buy that same old house from a certain Mr. Yankovich. By now, old Andrew is looking down on earth, shaking his head.

At each step, someone sells the house for a profit, and presumably spends part of it. The buyers, who borrow to buy the house, would never think of spending their own credit. However, they achieve the same thing by spending someone else’s credit. Like in Shubik’s Dollar Auction, people take perverse action when subject to perverse incentives.

The result is a perverse outcome. It’s still the same old house, but now there’s far more debt. This process does not happen to only the old Alderton house, but every house in the nation.

This article is from Keith Weiner’s weekly column, called The Gold Standard, at the Swiss National Bank and Swiss Franc Blog SNBCHF.com.