The Decline and Fall of Silver Backwardation 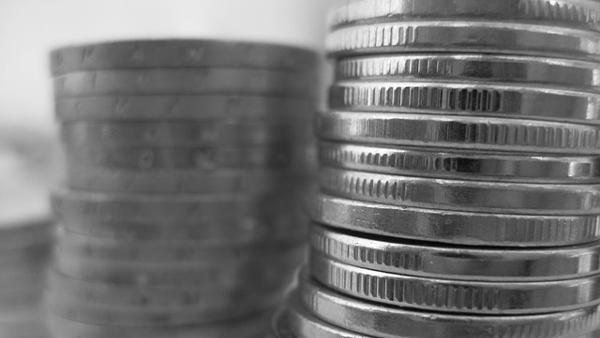 A market trend will often begin when a small number of traders learn something new. As they begin buying (or selling), the price begins to move. Others become aware of the truth, and they begin buying. There’s just one problem with these moves.

By the time most people hear about it, the fundamentals have changed. Oh the discovery may still be true, but the new, higher price offers no bargain.

For years, silver has been priced in the market above its fundamental (with a few momentary exceptions, such as one year ago). The fundamental price was way below the market, and led it down.

Now the market price has shot up, probably for two reasons. One is the persistent rumors of silver coin shortages that people mistake for a silver bullion shortage. The other is the non-farm payrolls report, which they interpret as a green light for more quantitative easing. Add to this the fact that the gold price is rising in the face of strong fundamentals, and people buy up silver.

Read on, for the only true picture gold and silver supply and demand fundamentals…

The cobasis (scarcity) is largely tracking the price of the dollar in gold (the inverse of the price of gold in dollars—which is what most people think about).

We have several reasons why we insist on looking at the price of the dollar. One, repeated often in these Reports, is the fact that gold is money. The price of everything should be quoted in terms of money. Uncle Sam’s green paper is not money. It’s, well… it’s Uncle Sam’s credit paper. It, too, should be quoted in terms of money. It is now below 27mg gold, an interesting line in the sand.

There’s another reason. It lets us compare the scarcity of money to the price of the dollar. As the dollar goes up, it’s generally correlated with gold disappearing from the market. Why is that?

There is no way to understand this, without first understanding that gold is money.

Under stress, it is always the bid that withdraws. Never the ask (or offer). Think of a rumor of a financial institution becoming insolvent. There is no lack of offers to sell its stock, but there can be a market condition of no bid.

Gold is gradually withdrawing its bid on the dollar. This has nothing to do with QE, unemployment, CPI, GDP, macroprudential supervision, or any other high-sounding term to come out of the Fed or the mainstream economics profession.

It has to do with the twin dollar pathologies of rising debt and falling interest. These flaws are fatal. They are inexorable, like plate tectonics on Earth. And they will be fatal.

Owners of gold increasingly wonder why they should bid on the dollar. Or, if not, they bid and buy dollars, and the new owner of the gold wonders. And so it goes, like bankruptcy as described by Ernest Hemingway. “Gradually, then suddenly.”

We are in the gradual phase now. If you are wishing for a much higher gold price (i.e. a much lower dollar price) be careful what you wish for. We rather suspect you won’t like the world, when the dollar is 6mg gold.

There’s a lot to say about silver this week, and lots to show. First, notice the drop in the cobasis as the dollar dropped in terms of silver.

Let’s take a look at the continuous silver basis and cobasis from June through today.

Backwardation has disappeared, almost as quickly as it appeared.

The Market and Fundamental Prices for Silver

“By our calculation, the market price of silver is at or above its fundamental.”

The fundamental price (shown in black) is much less volatile than the market price. Speculators can be manic depressive, as some great minds have observed for many decades.

Could the market price go up from here? You bet (to choose, perhaps, an unfortunate idiomatic expression). We would almost expect it to if the gold price continues to rise towards its fundamental price (over $100 above the market price).

Would we bet on it? Put it this way. The story of silver shortage (and backwardation) is over. Even the December cobasis fell from near 1% in the middle of last month, to below zero now. It is swimming against the tide, and the post-2008 new normal to fall this close to expiry.