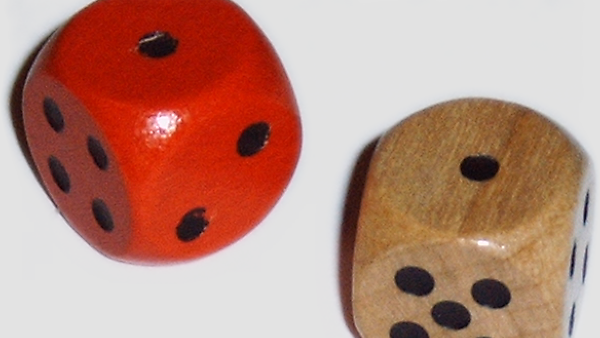 The political betting markets have changed substantially in the past two weeks. The dominance of Jeb Bush and Donald Trump in the Republican nomination category is gone, and Hillary’s hold on the Democratic nomination is getting weaker all the time. 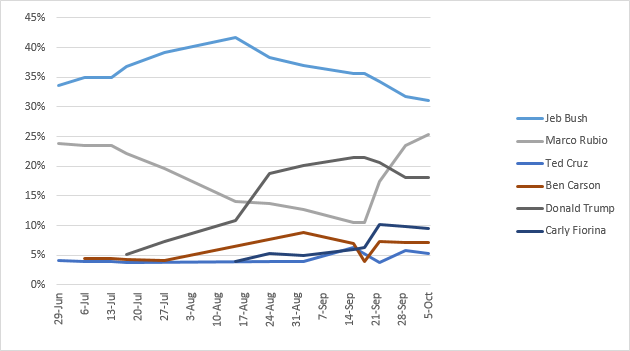 Donald Trump had been in second place for over a month, but has suffered a 3 point decline from the end of September to October 5th. While he’s still in a strong position, he’s now significantly lower than Marco Rubio.

Donald Trump has a long term problem with his campaign that I can’t see a solution to. The reason Trump is so popular in opinion polls is because he says controversial and somewhat outlandish things. He gets free media attention by saying these controversial things, and he gets support from a disenfranchised Republican base by marketing himself as a politically incorrect, blunt outsider. His reward for this has been very high opinion polling.

The problem is, that same outspoken, blunt attitude makes voters unlikely to vote for him. As so many people have said these past couple months, at some point voters are going to have to enter the voting booth and say “Do I want to give Donald Trump control over several thousand nuclear weapons?” The more outlandish things Trump says, the more likely voters will be to answer that question with a “No.”

Marco Rubio is now higher in the betting markets than Trump ever was, and the gap between him and Jeb is only 6%. His strong debate performances seem to be working out for him. It’s also worth noting that the two top candidates are both considered “establishment” ones.

The feeling in the betting markets is that eventually the Republicans will pick a “safe,” moderate candidate to represent the party in the general election, probably Rubio or Jeb. This is reflected in the odds market for which party will win the Presidency. Changes in the nomination market have very little impact on the party’s chance in the general election, probably because bettors are wagering on a victory for an establishment candidate.

Interestingly, Rubio’s rise has coincided with a decline for Jeb. Jeb has fallen nearly 5% in the same period that Rubio has risen nearly 15%. Perhaps bettors assuming a victory for the establishment are pulling some of their bets on Jeb over to Rubio, who has so far stayed above the controversy and fighting between the other candidates. Jeb has a lot of baggage from his fights with Trump that Rubio doesn’t.

As for the Democrats, Hillary is not doing so well. 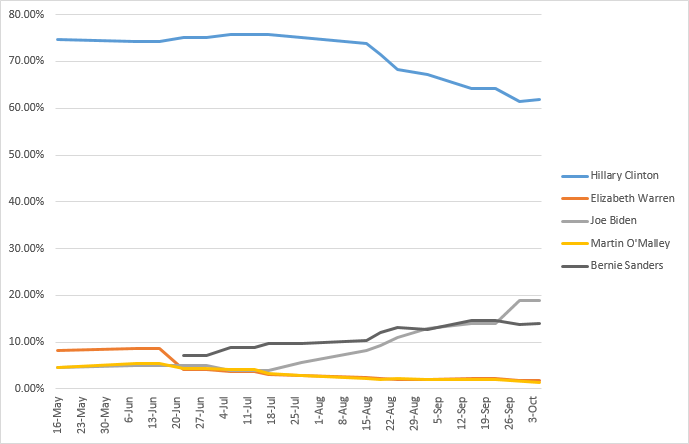 While she’s still the front runner by a very wide margin, she’s not doing nearly as well as she was just two months ago. She was consistently at roughly 75% from May to August, but the combination of Bernie Sanders’ high polling in Iowa and New Hampshire and the reasonable likelihood of Joe Biden running has dropped her to “just” 62%. Now, the 20% probability for Biden is still based on whether or not he’ll run, which some betting markets are currently showing to be 50-60%. If he does indeed decide to run, we can expect him to cut into Hillary’s numbers much more than he is currently.

In Sanders case, I doubt he will get long term traction. His situation is similar to Trumps: he’ll attract support early on from people disappointed with the mainstream candidates in their party, and maybe even some actual votes, but it’s unlikely that the Democratic party will nominate a self-described socialist.