What Sermons SHOULD SAY About Wealth and Poverty 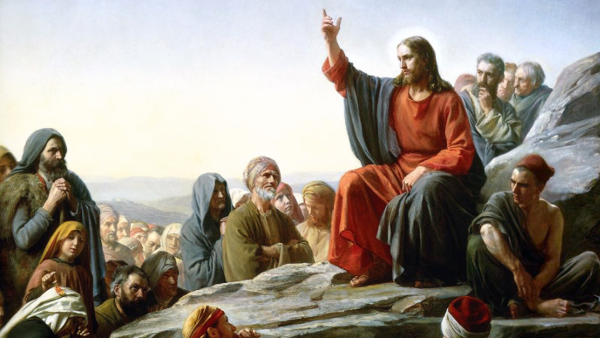 Finding ourselves in the silly season of this run-up to election year we shouldn’t be surprised to be confronted with acerbic and divisive political rhetoric. Seeing that we have a president that is at least a closet – Marxist, it is expected that much of this hot-air would be oriented towards emphasizing class differences and instigating class warfare as a tool for political pandering and power-getting. Maybe the only wonderful aspect this year is the amazing traction that the “trashing the rich” theme has achieved. From Sanders saying that income inequality is the greatest issue of our time to Clintons castigating Wall Street (source of most of her $$$$) for all our problems, everyone is painting the picture that the successful (in the private sphere, not the successful in the political sphere, mind you) are the cause of our problems and that they should pay!

So, it being Sunday and I, being tired of the pink puppy-think political drivel and yearning for some plain-song and plain-speaking head off to Church. Being recently re-settled the Princess and I decide to visit a conservative Reformed Baptist Church where the message just happens to be on wealth and poverty!

The triform sermon is going to inform us of the Three Reasons When It’s Wrong To Be Rich. First reason is when you defraud others. Using Biblical examples such as the employer withholding wages from his employees we are instructed that it is wrong to be rich when you cheat and steal.

During the sermon one of those little puck lights (I never get the big flood-light ones) went on in my head. Maybe this explains why Marxist theology is getting a ready read today – the Church just ain’t preaching properly. If mature Christians (this congregation wasn’t young nor pagan) are being fed this pabulum then who in the world is out there thinking thoroughly? Again, it seems, the Church leads and the culture follows.

Now I’m always being told to stop being so pessimistic if you can’t be constructive. So, ready pupil that I am, let’s do a constructive re-write of this sermon so it has a little bit more sustaining substance to it.

New title: When It’s Wrong To Be Rich or Poor

New thesis: It is never wrong to be rich or poor, per se. It is always wrong to engage in immoral behaviour, three types of which we will now look at.

The first type of wrong behaviour is the violation of the eighth commandment, Thou Shalt Not Steal. Some people, who happen to be employers, defraud their employees by not paying them promptly or fully. These people may or may not get rich by engaging in this type of fraudulent activity. Other people defraud by taking advantage of charity and/or entitlements when they are not truly in need or shouldn’t be. For example, I’ve known people who have defrauded the Medicare system, workers compensation, unemployment and other social welfare schemes. And, of course, there are employees who defraud their employers by not working as unto the Lord, who do not seek to advance the Kingdom through their labour, instead focusing on getting what they can with the raw minimum expenditure of work. Consequently, they end up defrauding God as well by short-changing Him on the return of talents that He placed in them and a reduction of tithing for the Church. These people may or may not get poor by engaging in this type of fraudulent activity. In either case, rich or poor, the sin is not in their economic state but in the people and the behaviour they exhibited.

The second type of wrong conduct is being a bad steward. Good stewardship is a strong, consistent and repeated theme of scripture. When one who is rich sets himself up as an idol and squanders his riches on his own luxury he is being a bad steward. On the other hand, one who is not rich yet wastes his meager resources on gambling, drink, drugs and other non-productive and detrimental goods, is also being a not-so-hot steward. In either case, it is not the wealth or poverty that was good or evil, it was the deportment of the individual that has the moral aspect to it.

The third type of wrong is having a false teleology. One totally focused on the material to the complete disdain of the spiritual may become a workaholic, unceasingly labouring to acquire material goods and riches. Such a one may or may not become rich. Conversely, one can be so focused on the spiritual side of reality that materiality is considered tainted so that there is neer a hand lifted to feed oneself or others. Thinking all is to be gained eternally by neglecting their temporal duties they fail the test of ‘faithful in a little, faithful in much’.   Again, I know those who think there is nothing wrong in accepting government hand-outs and, do so, even though they are fully talented and capable of supporting themselves and their families. But, since they think the physical world is evil it is beneath them to stoop to raising themselves above poverty – they truly believe poverty is a virtue and wealth is wicked. In reality, wealth and poverty are neither but the workaholic who totally neglects eternity has sinned as well as the lazy who disdains his earthly responsibilities. As Paul puts it in I Timothy 5:8, “If anyone does not provide for his relatives, and especially for his immediate family, he has denied the faith and is worse than an unbeliever.”, both the workaholic is condemned for neglecting his families spiritual and soulful needs and the slothful for likewise disregarding their material needs.

Seeing as how it is God “who gives you the ability to produce wealth” (Deuteronomy 8:18) and, it is God who (if we keep his covenants) will “bless the fruit of your womb, the crops of your land – your grain, new wine and oil – the calves of your herds and the lambs of your flocks” (Deuteronomy 7:13), it is inconceivable how wealth could be innately bad. The Christian paradigm is not generally one of poverty. Being created in Gods image, the gift of work is prelapsarian and gives us the blessing of co-labouring with Christ with the consequent result that wealth is the result of our diligence, “The blessing of the Lord brings wealth, and he adds no trouble to it.” (Proverbs 10:22) By diligently working, Christians transfer wealth from the un-godly into the hands of the righteous, fueling missions, supporting the local Church, educating the Christian young and providing leisure that is spent on “glorifying the Lord” through prayer, study and rejoicing. On the other hand, “poverty is the ruin of the poor.” (Proverbs 10: 15 with the emphasis mine) The danger in wealth is laid out in Deuteronomy 6, that we forget God as being our source and purpose of wealth. But again, there is danger in poverty as well if hardship drives us away from our faith in God as our provider and the lover of our soul. Agur sums the matter up in Proverbs 30:8-9,

“…give me neither poverty nor riches, but give me only my daily bread. Otherwise, I may have too much and disown you and say, “Who is the Lord?” Or I may become poor and steal, and so dishonour the name of my God.”

Dear Christian, when pandering politicians exhort you to punish, speak evil of and execrate the rich, don’t give in to the impulse of envy. Rather, remember that God does not judge by which class a man belongs to but only by what lies within each mans heart.

So, there you have it. Maybe with a little meatier teaching class-warfare rhetoric wouldn’t have such fertile ground to plow. Anyway, thank goodness I’m not a preacher or I would have to put up with every tin-pot two-bit pamphleteer re-writing my sermons!