What’s an MBA From Harvard Really Worth? 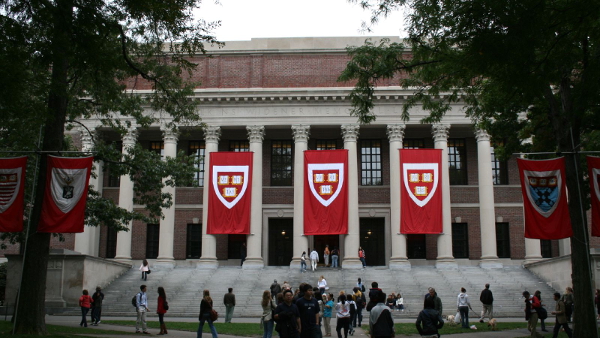 In the 1980s it was fashionable for those who could afford the tuition to send their offspring to Harvard Business School to get an MBA. Students from around the world lined up for the prestigious program, ready to take on the world of business upon graduation.

One graduate, Warwick Fairfax, came from Australia. The Fairfax family owned publishing and television outlets around the country, including the most prestigious of newspapers in Australia, having founded the Sydney Morning Herald in the 1820s. Its classified advertising section was huge, guaranteeing shareholders a suitable return on investment.

But over the years, share ownership had spread to wider family members, as well as public institutions, and turmoil began over editorial policy. Warwick and his mother, however, were somewhat frustrated by the decisions being made. They felt their interests were not addressed well enough. Warwick’s father was dead, leaving a widow, a son, and a family publishing business worth millions, but other people were making the decisions.

So Warwick, fresh with his MBA from Harvard, decided to solve the problem for himself and his mother and buy out all the other shareholders. To achieve this, he needed $2bn, which came from one of the major banks ($1.2bn), and the remaining $800m was raised using Milliken junk bonds. In 1986 this looked like a good deal, as it did through most of 1987 as well, the year the takeover went ahead.

Then the ‘87 October stock market crash. Advertising revenue went down. The bank panicked and eventually foreclosed. Had the bankers waited another year or so, newspaper revenues would return to previous levels, and the Fairfaxes could continue to make the repayments. But the bank didn’t wait. Eventually the Fairfaxes were paid something for their shares, but they lost the family heirlooms in the process. The Fairfax empire was at an end.

At about the same time, another foreign student completed his Harvard MBA. Ricardo Semler was the son of an Austrian immigrant who moved to Brazil and established a marine manufacturing plant in Sao Paulo. When Ricardo returned from his studies, his father wanted him to join the business — but Ricardo had conditions. He would only join if he could run the business as its new CEO. His father objected, so Ricardo looked elsewhere to go into his own business. The details of the next few months of haggling can be found in Semler’s book, Maverick.

To cut a long story short, Ricardo eventually won the day. He got control of the family business. And immediately set about remodeling the management structure of the business. Out went his father’s cronies who held middle-management positions. In their place, Ricardo did not put new managers, but instead transferred the decision-making processes to the shop floor. Semler was so radical. He even allowed workers to nominate their own salary. In return, however, they get only a 6-month tenure, and the team in which they find themselves votes to keep them on or asks them to leave.

The result is that Semco Corporation became one of the most sought after places to work in Brazil. Employees in teams nominated their own hours of operations, the position of the machinery the color of the walls, who joined the team and how departed, and just about everything else. Even the Board of Semco held two seats for workers from the shopfloor, who nominated themselves to fill those seats for Board meetings. They had genuine voting power and could help kill projects if they thought there was insufficient reason to proceed.

By the time Semler wrote his second book, The Seven-Day Weekend: Changing the Way Work Works in 2004, he could boast that his employees helped grow the company an average of 40% p.a. for well over a decade. Employees could kill deals, veto decisions, or close a factory just with a show of hands, yet the employees, according to Semler, are his key to success.

He also likes to be different.

“Semco has no official structure. It has no organizational chart. There’s no business plan or company strategy, no two-year or five-year plan, no goal or mission statement, no long-term budget. The company often does not have a fixed CEO. There are no vice presidents or chief officers for information technology or operations. There are no standards or practices. There’s no human resources department. There are no career plans, no job descriptions or employee contracts. No one approves reports or expense accounts. Supervision or monitoring of workers is rare indeed.”[i]

On the shop floor it is a little different. Self-managed work teams meet production quotas and cost controls necessary to keep everyone employed. And it works. A genuine win-win for owners and employees. Oh, and by 2004 he was already contemplating abolishing ownership of the production units and letting them become independent businesses that cooperated with each other, much like the miracle of the Mondragon Corporation in Spain.

Two successful MBA students; two different outcomes So what value is an MBA from one of the most prestigious business schools in the world? That depends on what you do with the information you learn while in school.