Why Have Gold Miners Stopped Hedging Against Gold Prices? 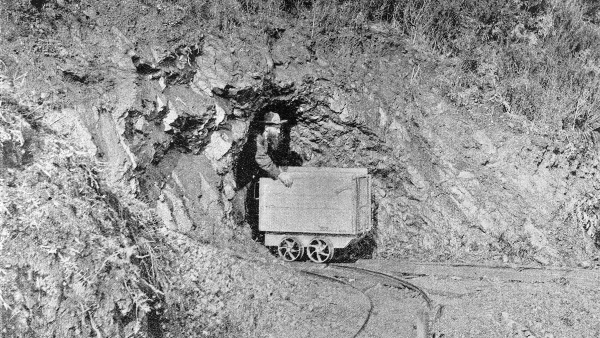 There are two ways to run a gold mining company. One respects the simple fact that it is producing money. It is not eager to trade its the money it produces for government paper, legal tender laws be damned. It keeps its books in gold, and produces and trades to earn more money (i.e. gold).

This article is about the other kind, the conventional gold miner in our dollarized world. With its books in dollars, and more importantly its debt in dollars, it must generate positive cash flow in dollars. Or else.

It faces constant temptation (and shareholder pressure) to make a leveraged bet on the price of gold. If it wins, then its debts shrink in proportion. However, if it’s wrong and the gold price falls, it can be crushed into bankruptcy. Such is the nature of having a debt in a foreign currency when that currency rises. Even though the dollar falls over the long term, there can be wicked periods when it is rising such as 2012-present.

At the LBMA conference in Vienna, the most interesting panel for me was the one on Producer Hedging and Price Risk Management. In fact, to this last point, Courtney Lynn the Treasurer of Coeur Mining said miners have no special foreknowledge of the gold price.

Her company, and that of another panelist—Petropavlovsk—are in debt. How do you run a company with dollar denominated debt and net revenues that sink or swim based on the gold price?

You hedge the price of gold.

So it’s interesting there has been an epic decline in hedging by the gold miners. Across the sector, the total forward sales of the industry used to be a year worth of production. Now it is three weeks, a drop of almost 95%. One theory is that this is related to the price. But I don’t buy that.

One panelist (if I recall correctly, it was Sean Russo of Noah’s Rule in Australia) noted that the gold basis—the higher price of a futures contract relative to spot—has collapsed. He said this is important because if you’re thinking of selling forward and you can earn a big 10% premium to sell a few years out, it mitigates the fear of missing out in a big price rally. Is the gold price really expected to rise more than 10% in two years?

Today, if you want to sell one year you will get a premium of about 34 basis points. Two years will net you a whopping 1%*. This is just one more casualty of the Fed’s War on Interest. There may not be much of what people call inflation (i.e. rising prices), but this policy is harming gold miners by making it more expensive to do the right thing, and tempting them to do the wrong thing.

Regular readers know that Monetary Metals does not currently predict a major drop in the price of gold (unlike an earlier panel at the LBMA conference, which seemed to form a consensus around $850). But if your life depended on it—and it does for an indebted gold miner—you would hedge.

* These are gross numbers based on the spread between COMEX futures and spot. In the real world, there are costs and of course credit, and the net result is likely that forward sales are at a loss or discount.