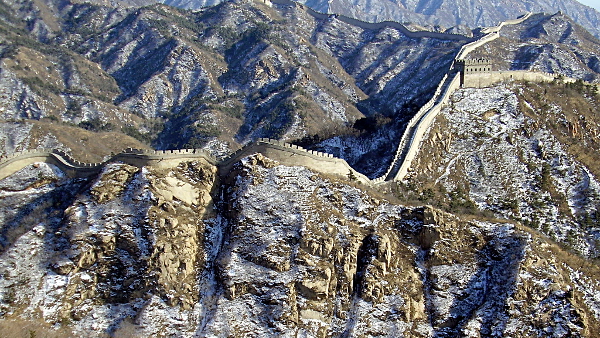 The worm has turned for China and the U.S.

But unfortunately it’s because both countries are rotten apples, full of worms.

Remember when China was lecturing Obama about having greater fiscal discipline? Sure you do: It’s memorable in popular culture because Saturday Night Live did a hilarious, mostly true sketch about China’s then-president Hu Jintao bending over to highlight China’s concern about reckless spending in the USA.

China needs to show the world it is going to follow through on reforming its economy to a more market and consumption-based model, US Treasury Secretary Jack Lew said Thursday.

“China has undertaken a reform program… that would address many of the important challenges that China is facing. The question now is, do they have the will to stick with that and to demonstrate through their action that they’re sticking with that,” Lew told journalists on the sidelines of the IMF and World Bank meetings in Lima, Peru.

The backstory is China is being used as just another excuse, like the Fukushima nuclear disaster, Winter Storm Whatever and the mythical GOP Grinch, as to why U.S and European economic growth is stalling.

While it’s certainly true that China needs massive reforms both economically and socially, that was no less true back in when Hu was president of the Chinese than it is today. Anyone who is economically literate— and not blinded by left-leaning ideology— has understood that while demographically China is a powerhouse, financially it’s a mess.

Contributors at Townhall Finance, including myself, have roundly criticized China’s economic strength since at least 2011 as more apparent than real; kind of a EuroDisney on opium, with Chinese central planners investing in things the same way that General Motors invests in the Chevy Volt— that is: with a really long extension cord that eventually would coil out.

The result has been investment in politically motivated, bloated projects in China rather than in those projects that show return-on-investment.

That’s what happens when the government plays the role of portfolio manager.

And why do we know this?

Because the massive spending that Hu criticized Obama for in the first instance was mostly in centrally planned and self-centeredly crafted political spending that Democrats made in the U.S. from the period 2009 until the electoral restraining order issued in 2010 when Democrats were massively, and inelegantly kicked out of the majority.

The spending over those two years, in both ironical and hypocritical fashion, was called “investment” by no less a money manager than professor Obama himself, who knows as much about investing as he does about constitutional law.

The debate between China and Obama would be academic today if any country could manage to disenthrall itself from the quaint 20th Century, Depression-Glass idea of the “centrally planned” economy; an idea that has led to massive failures like Russian famine, hyper inflation, hyper deflation, asset deflation, crashes, bubbles, bailouts and centrally panned banks— yes panned, not planned.

The financial intelligence site sentifi.com, which tracks media— both traditional and social— regarding markets worldwide gives us a hint of part of the problem.

When you look at a listing of the crowd-based tracking of financial persons who dominate media it always includes the usual central bankers, Draghi, Yellen, Bernanke, and those who love them: Buffet, Soros, Gross, Ackman. The billionaires properly belong there, but you have to question what it does to the economy when a few central bankers control trillions with little incentive to see a return on investment.

Of course, they’re not all worms.

But more than one of them is spoiling them apples.

And they’re not just, or even mostly, in China.