How the Fed is Making Wealth Destruction Profitable 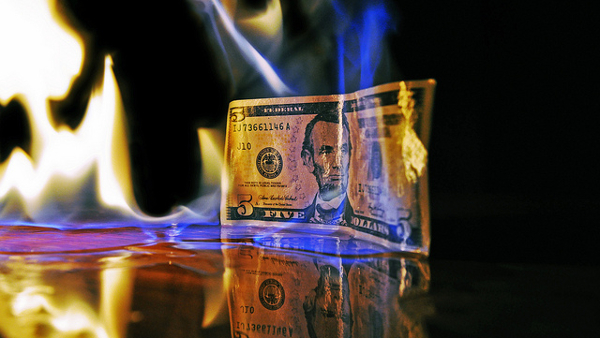 Many people agree that it’s important to move to a free market in money (i.e. the gold standard). They also say that it’s just as important to fight bad taxes and regulation. In their view, government interference in the economy is like friction in a car. The more friction you add, the slower the car goes. One source of friction is much the same as any other.

Let me explain why it doesn’t quite work that way, using a few examples.

Suppose the government imposes an expensive tax on employers based on the number of full-time employees. Full time is defined as working at least 30 hours per week. Employers respond to this tax by reducing the hours of as many employees as possible below the threshold. The law still harms employers, but less than intended. If the law were a bullet aimed at the chest of the employer, it ends up causing a flesh wound.

Another example is a law that makes it illegal for startup companies to pitch their deals to non-accredited investors. Accredited investors form organized groups that entrepreneurs can safely go to and raise capital. It’s cumbersome, and it leaves some entrepreneurs out in the cold, but as with the employer tax, everyone works to minimize the damage.

Both the employer tax and the investment regulation fit the analogy of friction that slows down the economy. However, our monetary system causes a different kind of effect.

For over three decades, the interest rate has been falling. This causes all asset prices to rise. Rising asset prices incentivize people to consume their capital (as I’ve written in many articles). In short, it’s a process of converting someone’s wealth into someone else’s income. The owner of the wealth would never consume it, but the recipient of income is happy to consume most of it.

Everyone has seen traders and money managers driving expensive cars and dining in high end restaurants. There’s nothing wrong with making a lot of money and spending it. The problem I am describing is not that they make a lot of money, but that the money they make does not come from producing anything of value. It’s other people’s life savings that they are driving and eating.

This is the difference between monetary policy and tax or regulatory policy. Monetary policy makes people excited to destroy their wealth. There is no other kind of government intrusion in the market that sets off such a feeding frenzy of self-destructive behavior.

How does it do this? It makes it profitable to do so. Why does someone hand over his wealth to someone else for consumption? He buys an asset in the hope that it will go up further in price. So long as asset prices are rising, people exchange their capital for a chance to win cash in the falling interest rate game.

Most people would say that the problem is when assets fall again. They miss the point. The destruction occurs when the price is rising, and winners are spending their profits which are others’ accumulated savings. The accounting catches up eventually when prices fall back down, and then losses are taken.

The goal of my writing is to help people come to a clear understanding and diagnosis of the problem.

Let’s end with a sobering quote, made doubly significant by who said it and who he was quoting.

“Lenin was certainly right. There is no subtler, no surer means of overturning the existing basis of society than to debauch the currency. The process engages all the hidden forces of economic law on the side of destruction, and it does it in a manner which not one man in a million is able to diagnose.”