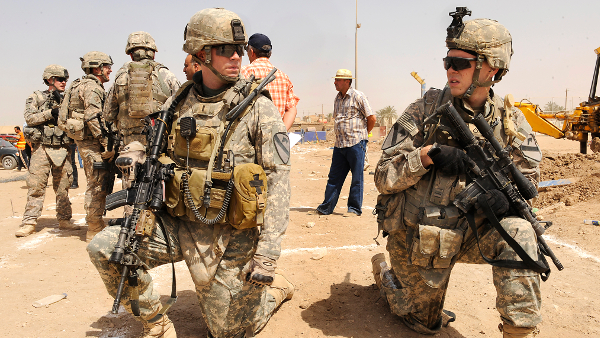 The tragedy of the Paris massacre reminds me that the rights of all can be violated by the actions of a few who don’t believe in rules. The ISIS
murderers and their supporters need to be hunted down, and eliminated with prejudice. I think back to how our greatest warriors, men like General Stan McCrystal, the foremost counter-terrorism expert in our military, was relieved of duty because someone on his staff said something derogatory about our civilian leadership to a reporter, at an off the record dinner in Paris. Or the removal of General David Petraeus as CIA Director, because this White House was worried he might be a viable candidate for President. We need warriors and leaders today. Not statesmen. And certainly not a President who won’t call terrorists, terrorists or wage the war that is needed to stop these brutal killers who hate our freedoms and everything we stand for. Yesterday it was Paris. Tomorrow it will be in another Democratic city, somewhere among our allies’ borders.
And the eventual goal will be back here. We must go where they are, find them, and bring justice to them before they strike again and harm more innocents! My prayers go out to the French people, to the families of the victims, and all impacted by this treacherous act. This is an act of war!
Treat it as such! Load up our warriors and let them do what is necessary to guarantee our safety and our way of life. If we don’t, we will feel again and again the pain and heartache we feel today. And more bloodshed will be spilled by the innocents!