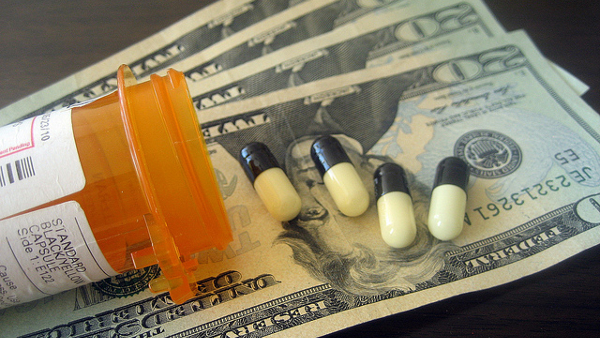 Donald Trump has been screaming about premiums going up this year for Obamacare health insurance policies.

But he should see what happens when they go down.

That’s what has happened in Indiana, where average premiums for 2016 health coverage on the Obamacare exchange is 12.6 percent lower than in 2015.

Because of that figure, journalists have declared Indiana the big winner, since premiums are rising by 10.2 percent on average across the country.

They could not be more wrong.

That’s because falling premiums are causing the size of the Obamacare tax credits to fall even faster in Indiana. And since 87 percent of Indiana’s exchange buyers this year received a tax credit, smaller tax credits will make the out-of-pocket cost far higher for those Hoosiers.

How much more? According to my analysis of insurer’s filing with the Indiana Department of Insurance, 30 percent, 60 percent, 90 percent and even 180 percent increases will be common for Hoosiers buying Silver plans for 2016, depending on their age and incomes.

Imagine what critics of Obamacare would be saying about those figures?

This topsy-turvy system is due to the convoluted system the Affordable Care Act set up to determine the size of tax credits in each state.

What happens with tax credits is a big deal because Obamacare’s tax credits are the only thing that makes Obamacare policies affordable, since the law’s requirements for individual insurance boosted premiums 24 percent nationwide.

To figure the size of its contributions, the government focuses on health plans that fall within its Silver category. Silver plans are those that pay about 70 percent of expected medical costs of an average member—with the customer responsible for the other 30 percent.

The Silver plan with the second-lowest price among all the plans offered by all the insurers in each state is used to determine the size of the tax credit for all health plans and all insurers in that state. So if just one company prices its policies extra low, it will reduce the size of tax credits available to the customers of all the other companies operating in that state.

The federal government sets the size of its tax credits so that the second-lowest-cost Silver plan will not exceed 2.01 percent of the incomes of the poorest buyers in the exchange, and no more than 9.56 percent of those with incomes up to 400 percent of the federal poverty limit—$97,000 for a family of four.

If you followed that, you deserve a medal. If you didn’t, I have written out some examples to make it clearer.

In the Indianapolis area, the premiums for the second-lowest-cost Silver plan for 21-year-olds will fall 14.6 percent in 2016, or nearly $480 annually.

But that decrease will also reduce the size of the tax credits nearly $40 per month.

For a 21-year-old with earnings at 200 percent of the federal poverty limit—just more than $23,500 per year—that nearly $480 reduction will push the size of the tax credits down nearly 27 percent.

The largest insurer in Indiana, Anthem, actually cut its lowest Silver plan rate in the Indianapolis area by 0.2 percent for 2016. But the smaller subsidies, induced by a price cut by a much smaller insurer, will make the actual, after-subsidy cost of Anthem’s cheapest Silver policy for 21-year-olds at that income level will surge by 31 percent.

The second-largest insurer on Indiana’s Obamacare exchange, UnitedHealthcare, raised its Silver plan rates in the Indianapolis area by a paltry 1.2 percent. But the smaller subsidies will hike after-subsidy costs of UnitedHealthcare’s cheapest Silver policies for 21-year-olds by 28 percent at that income level.

The effect can be twice as big for poorer buyers but will diminish as buyers’ incomes rise:

For 64-year-olds, the effects are so large they’re hard to believe:

Looking at these numbers, you begin to understand why Anthem executives forecast sluggish growth in the Obamacare exchanges and blamed it on competitors’ keeping their premiums low.

“Unsustainable pricing by some of the market participants is persisting longer than we had expected and the overall market growth is lagging expectations,” Anthem Chief Financial Officer Wayne DeVeydt told investors on Oct. 28.

Indeed, the Obamacare exchanges are an example of the prisoner’s dilemma. A premium decrease will make an insurers’ net prices after subsidies lower only if all the other insurers keep their prices steady. If everyone cuts their premiums, subsidies also fall, and the net prices of all insurers are actually higher than before.

Consumers, the lion’s share of whom rely on the subsidies to make the Obamacare policies affordable, end up losers, not winners.

That is indeed what’s happening in the Indianapolis area. Buyers who qualify for a subsidy and who selected the cheapest Silver plan in both 2015 and 2016 will pay from $183 to $550 more next year depending on their age.

Below I have listed out the annual after-subsidy cost for 21-year-olds of the cheapest Silver plan at all income levels—even after the 14.6 percent reduction in cost to the premiums of the benchmark Silver plan.

And here are the results for 64-year-olds:

The Obama administration is encouraging customers to shop around. But what that really means, at least in Indiana, is buy less insurance. The way the tax credits work, the only way for Silver buyers to avoid paying more is to shift down to a Bronze plan, which comes with a higher deductible and without significant cost-sharing subsidies to reduce the cost of medical services.

Americans may not like seeing premiums rise. But under Obamacare, a worse fate—for both insurers and their customers—is seeing them fall.