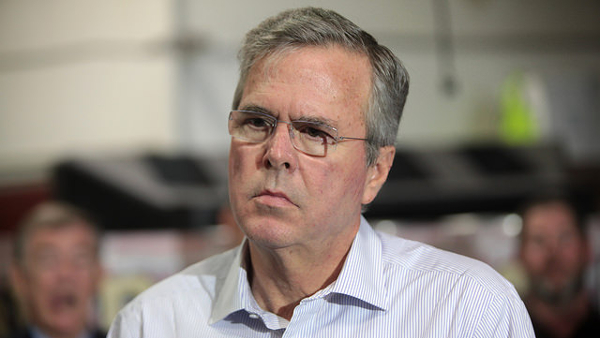 Tuesday’s Republican debate seems to have solidified Jeb Bush’s collapse. The feeling before the debate was that he needed a powerful performance that grabbed headlines in order to reverse the popular image of his campaign as being dead before voting even begins. He did not deliver.

In the political betting markets, Jeb’s situation has gone from bad to worse – helping almost every other candidate in the process.

Once the front runner by a margin of 25%, he is now in third place at 12%, with numbers comparable to Carson and Cruz.

Jeb’s fall from grace was sudden; it only took two debates for his odds to halve. It’s unlikely that he’ll drop out soon, because he still has vast sums of money and establishment support, but – contrary to popular belief – that’s not enough to win an election. At some point, he still needs people to vote for him. And right now he has very little appeal to the conservative base of the party.

The debate further solidified Marco Rubio’s lead. He is now 20% above the runner-up, Donald Trump. Trump has had slight gains with Jeb’s decline, but his relatively uninteresting debate performance resulted in a 1% drop from the day before.

This is a minor change, but it’s indicative of a larger problem Trump has: the fewer controversial things he says, the less support he gets. His candidacy is based around the idea of being a “winner” and not being “politically correct.” If he’s not winning in the polls and he’s not frequently saying politically incorrect things, he starts to lose his appeal. He’s losing some ground in the polls to Carson, and he’s been far less controversial in the last two debates than he was in the first.

Ted Cruz for his part is benefiting from the debate. He was at 4% before it, and is now at 10%. When he jumped in to support Rubio during his clash with Paul about defense spending, the idea of a Rubio/Cruz ticket suddenly seemed very likely.

There is not yet a market on the betting sites for who the Republican nominee’s running mate will be, but my guess is the leading contender for that spot is Cruz. Kasich would obviously help with Ohio, but he has made a habit of attacking the other candidates, and I doubt he’s held in high regard by Rubio, Jeb, and certainly not by Trump. 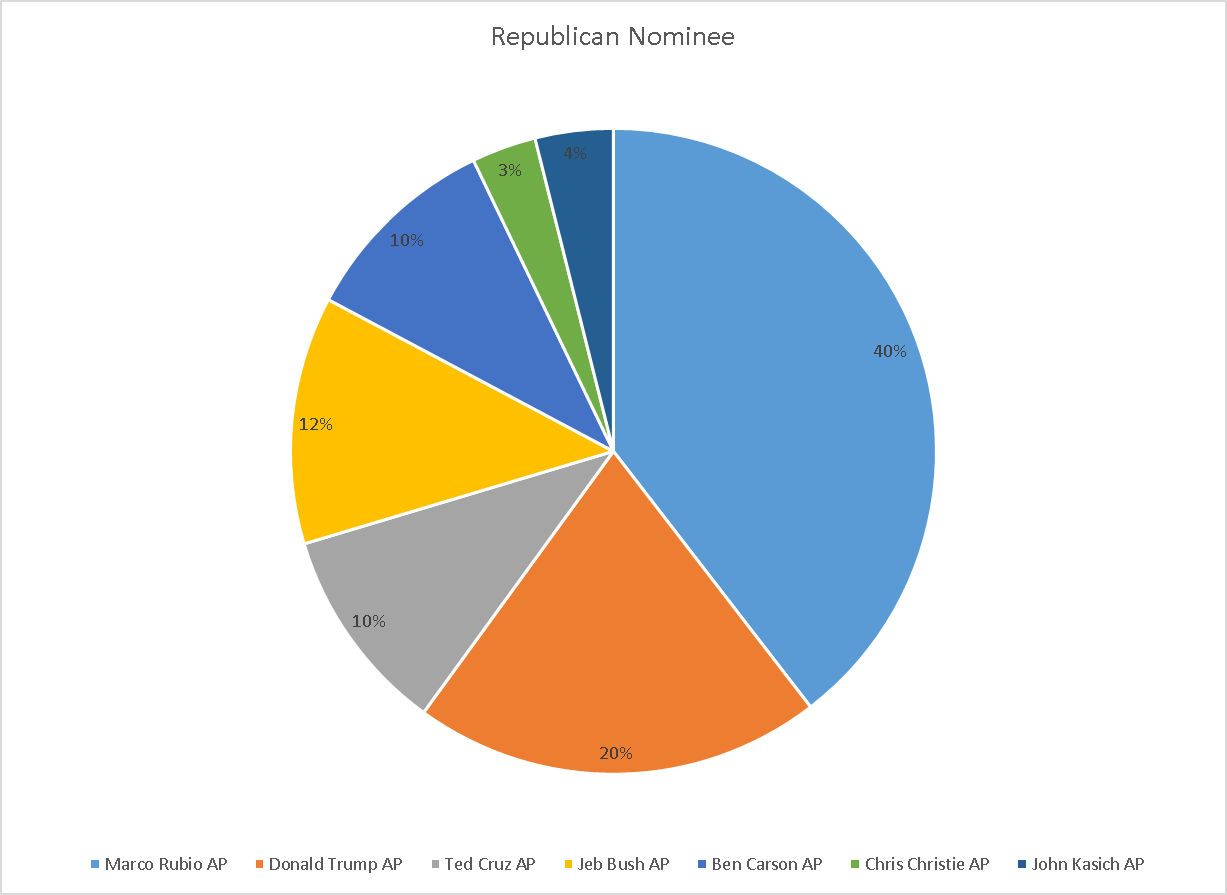 This is the current standing of the top 7 candidates. Christie, who was unfortunately dropped to the B debate, is now back in the top 7 after outshining the three others he shared the stage with.

The consistent trend we’ve seen in the past month is that Jeb’s decline helps out almost every other candidate. Christie, Carson, Rubio, Kasich, Trump, and Cruz are all better off than they were before Jeb’s collapse.