Conservatives, Don’t Get Stuck on Stupid! 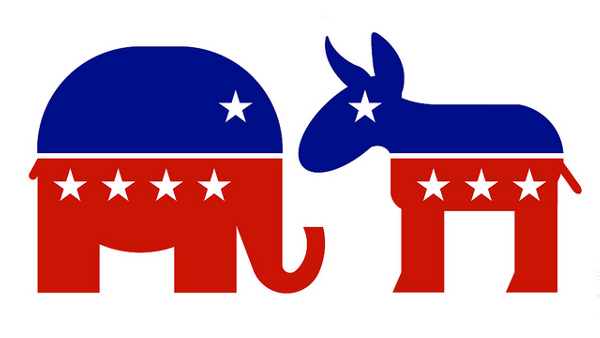 Back in 2005, in the wake of hurricane Katrina, after the umpteenth stupid question from reporters, general Honore famously uttered: “Reporters! Don’t get stuck on stupid!”

Conservatives are stuck on stupid! Liberal-leftist reporters ARE stupid so nothing can be done about them. But conservatives should know better as we understand the very truths that those on the left deny! Yet, sadly, conservatives tend to be timid when facing left-liberals’ fighting fiercely in the face of challenges to their false gods.

Ann Coulter sums up the difference:

“Conservatives believe they were created in the image of God, liberals think they ARE God!”1

It is hard to hold a serious conversation with people who think they are God, as any unsuspecting conservative who has crossed that line can tell you. Liberal mental pathology keeps them stuck in the “terrible two’s,” quick to enter tantrum mode towards anyone who penetrates the surface of their ideological belief-bubble2 because deep inside they know better. We all do.

Openly knowing he is NOT God puts the serious conservative at a serious disadvantage when defending the truth against left-liberals who think they ARE. As the late great, Paul Weyrich once said, “Politics ain’t Church!” But to leftist-liberals it is! Politics is their “church” and government their God! (Well, next to themselves, of course!) And they fight to the death –- as it is the only game they’ve got!

The Left has many ideological “gods,” but they themselves and god-like government are the main two. They don’t want the real God interfering, nor any of His disciples—pesky God fearing people. Worshipping false gods keeps left-liberals stuck on stupid—but unified in their war on truth!

Most self styled conservatives lack a single, unifying vision of conservatism, making them weak in the face of the true-believing leftist. Libertarians, for example are joined at the hip with left-liberals—not really conservative except in limiting government. But even there they go too far. Other so-called conservatives, “neo-cons,” lack the conservative principle of limited government, and as Ruling Class types grant only slightly less god-like powers to government than the left.

Disciplined leftists face little opposition from weak and divided conservatives,  being themselves united in fear and loathing of conservatives, especially Godly conservatives; they fight to the death to collapse our Constitution, economy and culture. Unless and until the conservative movement can get off stupid and unite around a common vision of our Constitutional and Christian order, both necessary as “Twin Pillars” of ordered liberty3 the leftist and their fellow travelers among the Ruling Class will continue to destroy us apace.

1 Treason: Liberal Treachery from the Cold War to the War on Terrorism, by Ann Coulter (Crown Forum, 368pgs) released 2003-06-24. (Quote taken from the last paragraph of the book.)

3 Roots Of American Order, by Russell Kirk (Intercollegiate Studies Institute, 534pgs) released 2003-07-01. (Originally published by Regnery, copyright goes back to the early 1990’s. A theme addressed in the book is from Simone Weil’s quote, “Order is the first need of the soul.” Kirk draws from Edmund Burke that man’s “unfettered passion” would “forge their chains” and wreck any republic as surely as would unfettered government. Madison addresses sin and power in Federalist 10, that the fires of “faction” would likewise dismantle the republic. He introduces the paradox, that “if men were angels” they would need no government. But only men as angels could be trusted with government! Read also Michael Novak’s, “On Two Wings” which covers the theme of religion and governance as supporting and balancing agencies.)