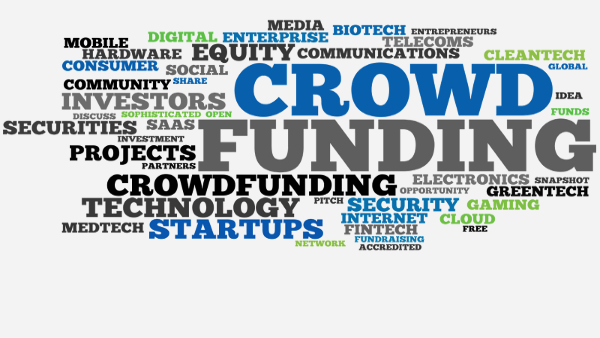 Following the long-awaited approval of Title III of the Jump Start Our Businesses Startup Act (JOBS Act) on October 30, SBE Council staff and our member-experts have combed through the final rule to evaluate its effectiveness for entrepreneurs and small business owners. Sherwood “Woodie” Neiss provides a solid report in Crowdnetic with respect to costs, compliance, disclosure and other issues that entrepreneurs need to take note of. In this Venture Beat piece, Neiss drills down on additional specifics, including what has changed from the original proposal. He recently appeared on JJ Ramberg’s Where’s the Money show (MSNBC) where he reviewed the final rule and provided some solid tips for small businesses. SBE Council’s Karen Kerrigan participated in a Q&A with Crowdfund Insider, which can be found here.

SBE Council partnered with the U.S. Chamber of Commerce, National Black Chamber of Commerce and Latino Coalition to host an event to explain the consequences of the Department of Labor’s fiduciary rule. The event highlighted how the proposed rule will affect small businesses and the self-employed, and the potential impacts to retirement savings. SBE Council’s Karen Kerrigan joined experts on a panel to discuss these impacts.

TPP at the White House.  SBE Council president & CEO Karen Kerrigan joined entrepreneurs and small business leaders at the White House on November 18 for a half-day event to discuss the Trans-Pacific Partnership (TPP) trade agreement.  SBE Council chief economist Ray Keating looks deep into the TPP in this analysis and notes the many benefits for small businesses and entrepreneurs.

Resources for Entrepreneurs and Small Businesses

Veteran Entrepreneurs.  In honor of Veteran’s Day 2015, SBE Council compiled a list of websites, programs and resources for entrepreneur-minded veterans to assist with startup advice or resources to help grow an existing business.

Biz Tips & News Trends Highlights.  SBE Council’s Karen Kerrigan shares her picks from the past week on the best “How To” articles, educational resources, and business news and success stories to help your startup or small business succeed and grow.

Idea of the Day® Follow-up.  Each day you’ll find a new tip for your business in Barbara Weltman’s Idea of the Day®. Here are some of the ones you may have missed during the month of October… and an update on what’s happened since then.

Helping Employees Save If You Don’t Offer a Retirement Plan. Many small businesses offer 401(k)s or other qualified retirement plans so that owners and employees can save for retirement on a tax-advantaged basis. However, start-ups and struggling companies may be unable to offer this benefit. Barbara Weltman reports on the myRA program, and the opportunity it offers small businesses with a way to help low- and middle-income employees begin to save for retirement.

On Capitol Hill
CALL TO ACTION:  Please urge your U.S. Senators and House member to support the “Protecting Local Business Opportunity Act,” S. 2015 and H.R. 3459. Every small business could be impacted by the NLRB’s Browning-Ferris decision, which re-defines “joint employer.” The ruling erodes business independence and undermines the successful franchising model. S. 2015 and H.R. 3459 provide a simple definition of “joint employer” that helps to maintain business independence and successful franchising. Visit our Action Center to write your members of Congress, and to urge their support for these important bills.

UPDATE: On October 28 the U.S. House Education and the Workforce Committee passed H.R. 3459.  Please continue to contact your House member to encourage their support of H.R. 3459 as the legislation will go to the floor in the near future. For regular updates on the legislation follow @SaveLocalBiz.

New RFS Studies:  CRS has produced three new studies that detail the economic and environment impact of the renewable fuel standard (RFS). The controversial RFS, which the EPA made a decision on in terms of increasing ethanol volumes, has triggered bipartisan ire in the Congress including legislation to repeal it.

The Ohio and Indiana studies spell out the costs of the ethanol mandate for the residents and small businesses of these states, including higher fuel costs, higher feed costs for farmers and increased GHG emissions, which will make it harder for businesses in these states to comply with new ozone regulations. The third CRS study looks at the costs and impact for New Englanders. Media coverage on these studies has been extensive in the states as well as in Washington, D.C.

The issue is also making its way into the GOP presidential primary as candidate Donald Trump was asked about the ethanol mandate at a New Hampshire debate (which referred to the CRS study and the impact of wealth transfer from New England to the corn belt). Trump said he is reviewing it further and will have a study soon, but he is on record supporting the mandate.

What’s Wrong With WOTUS?  Karen Kerrigan recently penned a blog post on why Congress is right in its efforts to fix EPA’s “Waters of the US” rule (WOTUS).  A federal court in mid-October issued a stay on the rule, siding with the states challenging its legality. The House passed legislation to stop the rule, and a recent Senate vote fell short of the 60 votes required to advance full debate on legislation to fix the rule. Still, the Senate passed a resolution to disapprove of WOTUS. President Obama said he would veto any and all efforts to change or stop the rule.

Venture Capital’s Recovery: In the latest SBE Council Capital & Credit analysis, chief economist Ray Keating looks at the latest data and trends in venture capital investment. As Keating notes, recent growth has been strong, which is positive for the entrepreneurial sector of the economy.

Flat Retail Sales: The Fact of the Week reviews October’s retail sales numbers. Keating is troubled, especially when considering the weak numbers from not only from October, but over the previous year. Is this a harbinger for the Christmas shopping season?

7 Points on October’s Job Numbers:  Keating notes important points from a jobs report for October that was solid across key measures. But Keating also notes that big questions remain – especially on the policy front – that go beyond one month’s data.

Poor Productivity Story Continues:  Keating looks at the latest data and trends on the productivity, and explains that we are in the midst of one of the worst periods of productivity growth during the post-World War II era.