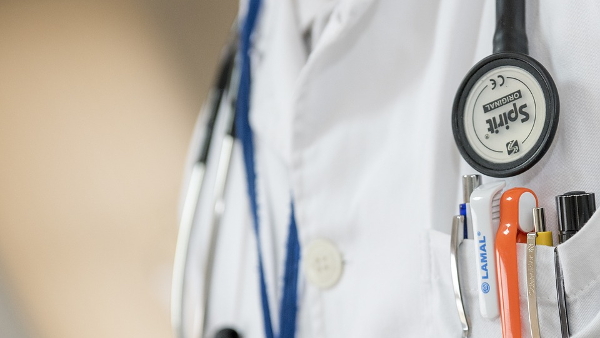 If the mega-mergers among health insurers are allowed to go through, it will create insurers with more bargaining power that can hold the line on prices paid to doctors and hospitals.

It’s also one reason why doctors and hospitals fear the deals. The American Medical Association cited lower prices as one key reason in its request for the U.S. Department of Justice to block the Anthem-Cigna deal.

“When mergers result in monopsony power and physicians are reimbursed at below competitive levels, consumers may be harmed in a variety of ways,” wrote Dr. James Madara, CEO of the American Medical Association, in a November letter urging the U.S. Department of Justice to block both the Aetna-Humana and the Anthem-Cigna deals.

But this fretting over price negotiations is a side show, as everyone in the finance departments of health systems knows—or ought to know.

Let me explain how.

First, remember that two-thirds of people Anthem and Cigna count as members of their health plans are actually insured by an employer. These so-called self-funded health plans have the employer pay for all medical claims up to a catastrophic threshold, after which stop-loss insurance kicks in.

The role of Anthem and Cigna in these self-funded arrangements is simply to process the medical claims, paying the hospitals and doctors but being reimbursed by the employers dollar for dollar.

Health insurers bear no risk in these arrangements. They simply charge an “administrative services” fee, which is typically a percentage of the total amount of claims incurred by that employer.

That means, the more an employer spends on health care, the more money Anthem or Aetna or Cigna gets.

So rising prices of health care actually generate more revenue for Anthem, Aetna, and Cigna for two-thirds of their customers.

What about the other third, which involves Anthem and Cigna selling full-risk insurance to employers and individuals?

On that business, health insurers used to have an incentive to hold down the price of health care, as well as to hold back how much its customers actually used their benefits.

But now, thanks to Obamacare, that incentive is gone.

In the pre-Obamacare days, if health insurers could sell an insurance policy for $100, but only spend $50 on medical care, that resulted in huge profits. If I instead spent $90 on healthcare, that squeezed their profits sharply.

Some insurers certainly abused this incentive, by aggressively denying to pay for expensive conditions or erecting maddening hurdles to getting a claim paid that would wear out patients and their doctors. Those abuses were a key part of the rationale for passing Obamacare.

Obamacare now requires that health insurers spend at least 80 percent of all premiums they receive on medical care. (The threshold, called a medical loss ratio, is 85 percent for large employers.) If a health insurer’s customers in any one state spend less than that percentage of premiums, then the insurer must refund the difference.

That Obamacare rule has removed the incentive for health insurers to cut prices, even on their fully insured policies. If their profit margins are now limited to a maximum of 15 percent or 20 percent (and that’s even before counting any of the insurer’s overhead), then the only way for an insurer to expand its revenue is to raise premiums. And the only way it can do that, while still satisfying the Obamacare rule, is for the underlying price and utilization of health care to increase.

This is not to say that Anthem, Aetna, Cigna and Humana would be fine if hospitals and doctors suddenly hiked their prices by, say, 25 percent. That would cause consumer outrage. And, if it happened only at one of the insurers, but not the others, then the high-priced company would start losing customers to their competitors.

So health insurers do work to keep prices and utilization of health care services from sudden bursts.

So if you think Anthem buying Cigna or Aetna buying Humana will lead to epic cage matches in which health insurers try to beat down hospitals and doctors on their prices, think again. Because what’s better business—for both hospitals and health insurers—is to just keeping raising prices.