’Safe Spaces’ Are Not a Civil Right 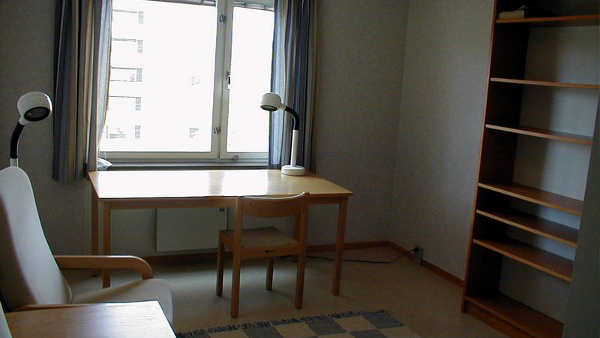 Somewhere along the path, the civil rights movement lost its way.

I clearly remember Dr. Martin Luther King fighting valiantly and with unwavering purpose against segregation. He worked to open up our society and its benefits to all members, irrespective of race. He dreamed about a nation in which race was irrelevant to privilege, a nation that saw beyond race to character, a nation that was color blind rather than blinded by color. He opposed the “separate but equal” doctrine because he knew that separate was never equal, just separate. “Separate but equal” led to whites-only restaurants, colleges, drinking fountains, and hotels.

I also remember Democratic Governor George Wallace fighting against integration and for segregation with just as much vigor as that with which Dr. King opposed him. Wallace had behind him the power of the state. King had behind him the power of God and of morality. King prevailed — until recently — when civil rights leaders did to his vision what Wallace failed to do. The civil rights establishment and its foot soldiers have switched their goals and their tactics. They have gone from integration to blacks-only (safe) spaces, blacks-only discussion groups and rooms, blacks-only dorms, and blacks-only courses. But think about it: If you succeed in creating these multiple black-only reservations, the whites you have excluded are de facto segregated into white-only counterparts, exactly what King deplored. Today’s civil rights advocates are more effective at segregating college campuses than George Wallace was when he stood in front of James Meredith at the University of Alabama and prevented him from entering.

King was opposed to segregation for many reasons, foremost among them its tendency to dehumanize:

“All segregation statutes are unjust because segregation distorts the soul and damages the personality. It gives the segregator a false sense of superiority and the segregated a false sense of inferiority. Segregation, to use the terminology of the Jewish philosopher Martin Buber, substitutes an “I it” relationship for an “I thou” relationship and ends up relegating persons to the status of things. Hence segregation is not only politically, economically and sociologically unsound, it is morally wrong and sinful. Paul Tillich has said that sin is separation. Is not segregation an existential expression of man’s tragic separation, his awful estrangement, his terrible sinfulness? Thus it is that I can urge men to obey the 1954 decision of the Supreme Court, for it is morally right; and I can urge them to disobey segregation ordinances, for they are morally wrong.”

If your stance toward others reduces them from a “you” to an “it,” — which is what King says segregation does — then your stance is fundamentally immoral. Black-only and white-only efforts are just such immoral works.

As for those alleged “safe” spaces we now crave, remember that when Rosa Parks insisted on sitting at the front of the bus, she was not looking for a “safe” place. The “safe” place was in the back. When civil rights leaders went up against Bull Connor’s fire hoses and his vicious hell hounds, they were not looking for “safe” spaces. They were looking for freedom and equality. They knew that until they were free and equal, they could never be safe. They were not intimidated or traumatized by their racist oppressors. They were galvanized and invigorated by them. They were made stronger. Racists did not make them back down — or make them employ segregationist tactics themselves. Rather, those racist opponents succeeded only in demonstrating how truly ugly and unjust segregation is.

Further, Dr. King’s peaceful resistance has gone for nothing. His alleged followers burn, loot, punch, insult, stone, and riot. Ferguson forgot King and people died. I cannot imagine Dr. King strong-arming a convenience store for petty loot, punching a law officer and breaking bones in the officer’s face, seizing and discharging the officer’s weapon, leaving the scene only to turn and charge the officer when commanded to stop, getting shot to death in the rush back. When Abraham Joshua Heschel and Martin Luther King marched together in Selma, that is not what they were doing or how they were doing it. Civil wrongs do not make for civil rights.

In the early 16th century, after the Bible text became much more widely available and folks could read it more readily, a number of Catholic scholars, like Thomas Linacre in Oxford, said that either this wasn’t the Bible or we aren’t Christians. The difference between ancient Christian origins and contemporary Christian practice had grown unimaginably far apart. If you are a civil rights advocate and you want to feel that same shocking sense of estrangement from your own roots, then read King’s classic “Letter from a Birmingham Jail.”