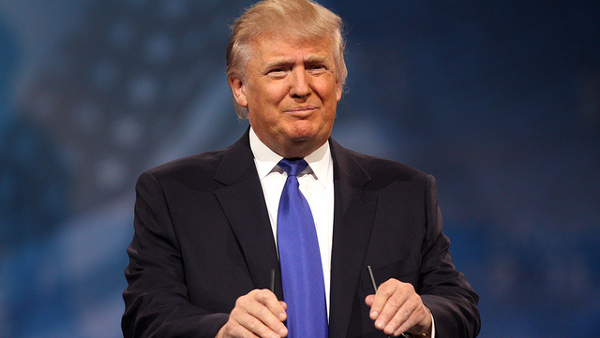 It doesn’t matter what Bush or Kasich or the GOP donors think of Trump. He is a unconventional candidate in a very unconventional year who can self-fund. Since his announcement on June 16, he has led nearly every poll and if the election were held tomorrow he would win all the early primaries and the Iowa caucus. Of course, the election is not tomorrow. It starts in two months in Iowa in a long, convoluted process. It is a series of elections, with confusing rules, that forces a candidate to accumulate delegates by winning in different ways in different states. The magic number is 1,191, a majority of the 2,380 who will attend the Republican convention in Cleveland in July.

Even though Mr. Trump has drawn the biggest crowds and has had the overwhelming media attention of Fox and every other network, and the fact that the establishment doesn’t like him doesn’t matter to voters. And voters get to choose. Not party bosses, not Washington wise men, and certainly not Mr. Trump’s fellow billionaires. This is an anti-establishment year. He will self-fund so he doesn’t need the big donors. If he didn’t want to self-fund, he would get a ton of money from donors small and large. Saying all that, he does have to be more cautious on his facts and be a little less insulting to his fellow candidates. He also has to be more sensitive about what he says about minorities and people with disabilities.

It’s a long ways to go to the nomination and an even further uphill battle to be elected President. But this is a successful man who many in the country see as the strongest leader in the field. He is viewed as independent and not beholden to the special interests. Not a bad place to be in this election cycle! Ultimately, Republicans will choose delegates who will pick the Republican nominee to face off against Mrs. Clinton, who I assume the Democrats will nominate.

I cannot tell you who will win, because I don’t know. I am handicapped by 5 decades of experience which is totally irrelevant in this election cycle. It’s up to all of you. Watch closely, pay attention and pick your candidate and vote. It’s going to be a wild ride!