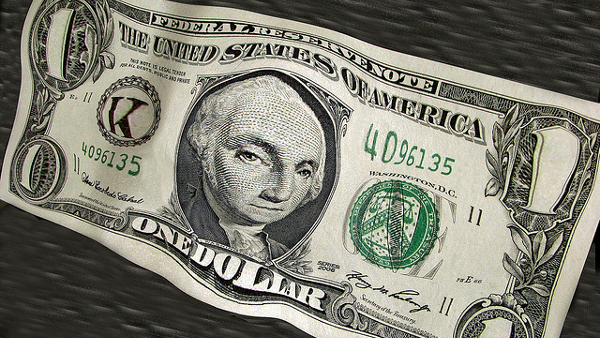 This “fact” could be nothing further from the truth.

China’s currency manipulation is both a support tool and a very effective diversion for China’s true means for generating and maintaining competitive advantage that increases in magnitude and scope with each passing day.

China’s unprecedented rapid rise to superpower status is a result of China consistently out-maneuvering its competitors and adversaries in the acquisition and utilization of technology for competitive advantage. It is important to note that when we use the term “technology,” we are using the correct definition.

Technology is correctly defined as any application of science to accomplish a function. The science can be leading edge, or it can be well-established. And the function can be a company’s new game-changing product, or it can be a very mundane, overlooked function buried deep within the company. But it is all technology and has the potential of providing competitive advantage in the marketplace (or on the military battlefield).

But unfortunately, when a country’s decision makers (e.g., U.S. decision-makers) are fully immersed in finance-based planning, they are only able to see these finance-based mechanisms and not the technology maneuvering that is the real source of the competitor’s increasing strength and the growing threat. As a result, two very counter-productive effects occur.

In the first case (which is where the U.S. typically operates), all efforts are focused on negotiating with the offending country (e.g., China) to eliminate currency manipulation. Why? Because that is the only action that the American negotiators are capable of identifying and understanding. As a result, at best, they may eliminate the currency manipulation that is having a relatively minor negative economic impact on the U.S. They ignore the technology maneuvering that the mechanisms support and will have a major impact on U.S. economic health.

For example, assume China has the same trade barriers (e.g., subsidies) in place for four of their relatively small domestic markets. And from the Americans’ financial perspective, all four markets have roughly the same dollar value, and, therefore, China’s trade barriers cause equal damage to the U.S. economy. The Americans want China to remove the subsidies on all four markets, as these subsidies give them a cost advantage in the U.S. domestic market. After weeks of hard negotiations, U.S. negotiators are able to finally get the Chinese to agree to a compromise in which China will remove subsidies on two of the markets in exchange for the U.S. agreeing to politically support the subsidies staying in place on the other two markets for the next five years. American negotiators do not see this as a complete win but one that is moving in the right direction, so they agree.

In actuality it is a loss for the U.S. Why? Because the four markets are not equal. In two of the markets in which China’s trade negotiators have agreed to remove the subsidies, the Chinese companies in these markets have already acquired the technologies that give them a true competitive advantage in both domestic and foreign markets. They no longer need the benefit of an artificially competitive advantage to exploit the U.S. domestic market. But the other two markets, behind which the U.S. has agreed to put its political muscle, allow the Chinese to keep the subsidies in place. The Chinese companies still need the protection of the artificially competitive advantage. This maneuver, unknown to U.S. negotiators, gives them the time and maneuvering room they need to acquire a broad range of technologies that enables China to rapidly expand from the two protected markets to dominate a range of technologically interconnected markets worldwide.

With U.S. negotiators only able to see China’s financed-based mechanisms and only being able to evaluate the impact of these mechanisms from a financial point of view, Chinese negotiators are able to not just prevent the U.S. from hindering China’s rapidly expanding economic might but are also able to maneuver the U.S. into a position in which the U.S. is inadvertently assisting China’s efforts to rapidly become the sole world economic and military superpower.

In the second case, a country’s trade negotiators and planners see what they perceive as a significant competitive advantage generated by another country’s finance-based mechanisms, e.g., currency manipulation, subsidies, tariffs, etc., and decide to follow suit.  However, again, they only see the financed-based mechanisms and not the technology acquisition maneuvering that is the actual means a country like China is using to generate economic competitive advantage.

The problem here is that because finance-based mechanisms, like currency manipulation and subsidies, generate only an artificially competitive advantage, the result in the long run (and in many cases does not take that long) is that the industry supported by these artificial financial mechanisms grows weaker, not stronger, in terms of its competitive advantage in domestic and foreign markets. It is artificially being shored up and never has the requirement to be truly competitive in domestic and foreign markets and eventually withers and dies.

It is analogous to putting a supporting brace on a badly broken leg. At first, if you don’t provide support to the leg, it will not heal properly and will become useless. So it makes sense to provide a mechanism that gives the leg artificial strength while it heals. Initially the supporting brace will provide 100% of the strength the leg will need to carry the person’s entire body weight as required. But what happens if the supporting member is left on too long? The muscles will totally atrophy, and the bone density will decrease to the point that if the supporting member were removed, the leg would totally collapse under the person’s weight.

Sekora was the Director of the Socrates Project within the Reagan White House. Socrates had a two-fold mission: Use all source intelligence to determine the true underlying cause of America’s declining economic and military competitiveness, and develop the solution that would ensure U.S. superpower status for many generations. Socrates was fully successful in both aspects of its mission. The cause of the decline in competitiveness was the U.S. shift from technology- to finance-based planning that began at the end of WWII. The solution was enabling the U.S. to generate and lead the next evolution leap of technology-based planning — the Automated Innovation Revolution. Socrates developed an automated innovation system and used it to provide support to President Reagan’s highest priority initiatives to include: Star Wars, stealth, resurrection of the U.S. IC industry, and the dismemberment of the Soviet Union. President Bush abolished Socrates for political reasons.