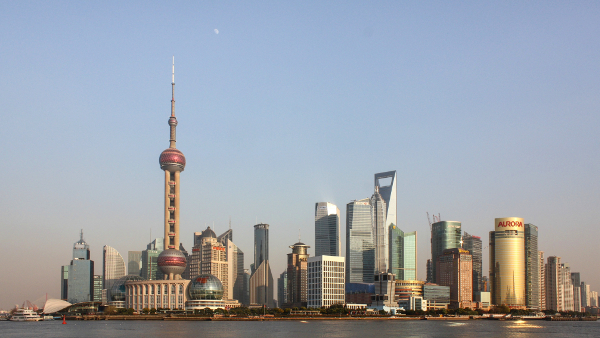 Shanghai, China’s uber-cosmopolitan city, is a frequent stop on my business trips. It is an intriguing place of frantic risk-taking, excessive materialism, international collaboration, run-away real-estate prices, and plenty of great cuisines. The tone of most gatherings of business friends is usually jubilant, opportunistic, and aggressively forward-looking. Whispers of a liquidity crunch, however, and inquiries of cash injection, had created a more solemn mood in our gatherings since the stock market correction last year.

A September 2015 report from the Australian investment bank Macquarie showed that it has become too expensive to service their debt for most Chinese companies. The report analyzed the bonds issued by 780 companies and how they are managing interest payments on the $3.47 trillion debt. 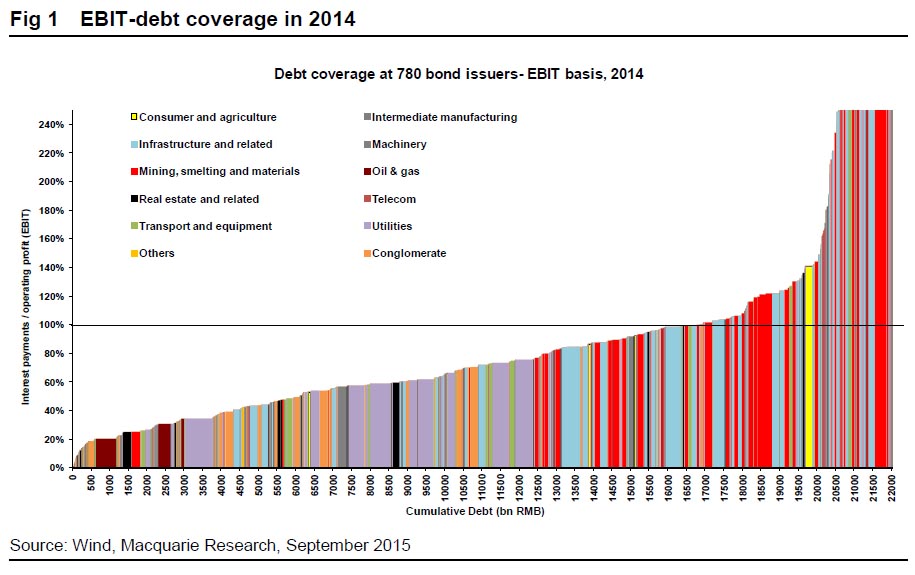 Macquarie pointed out that about 2 trillion yuan of debt are in danger of default. More than 20 percent of the companies it analyzed cannot cover their interest expenses with just their income from normal operations. Unsurprisingly, most of these companies are in the raw materials, infrastructure, or mining businesses. Before, the Chinese central government had the tendency to rescue all these companies. Increasingly common now, the bad debt problem among Chinese Banks is coming under scrutiny.

As reported by Bloomberg, 2015 saw a record 7.6 trillion yuan ($1.2 trillion) new loans, bonds and shadow financing arranged to cover the interest payments of these companies, according to the data provided by Beijing-based Hua Chuang Securities Co. (To put things into perspective, $1.2 trillion is only slightly less than 2014 GDP of Mexico.)

“Some Chinese firms have entered the Ponzi stage because return on investment has come down very fast,” said Shi Lei, the head of research at China’s second largest insurance company, Ping An Securities. “As a result, leverage will be rising and zombie companies increasing.” 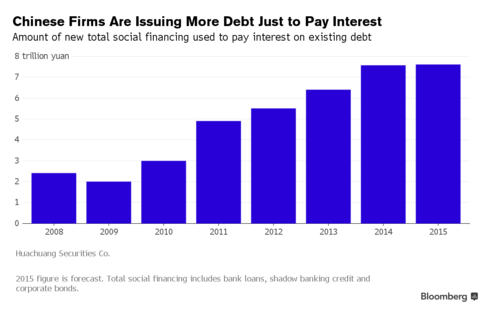 Is China facing a Minsky moment of truth? When many western media outlets raised this question back in 2008-2009, the mood of domestic Chinese business owners were in general hopeful, optimistic, and fairly confident in the Chinese central government’s ability to steer the country in crisis. Now, as various metrics point to a bleak future and much analysis is supporting this possibility, there seemed to be hovering agreement domestically from various circles.

For most corporations, these conditions are unprecedented and the old playbooks do not apply. Just from Informal observations of rising tensions, anxiety levels at various business meetings and gatherings in Shanghai, it seemed like many business owners are certainly feeling the pressure and uncertainty. The management of the 2014 stock market corrections by the central government caused much trepidation. Its response to the stock volatility early this month also continues to shake business confidence. We can only hope that through recognition of Biblical truth regarding economic planning and implementation of sound policies, the central government can bring this situation in for a “smoother landing” than the January stock market charts.