Abstraction vs. Reality: Top Down Management in Business and Economics 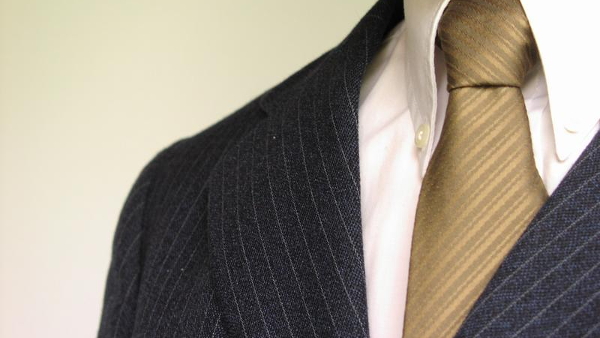 In my two previous articles I discussed, at a basic level, the difference between traditional accounting and lean accounting. One is reality and the other an abstraction. In Part II: Keynesian Economics, I discussed how the Keynesian model of economics creates an abstraction, and not reality of good productive behavior and wealth creation, just as the traditional accounting model and practices is not wealth creating, but wealth inhibiting. Then I began to learn about Austrian economics, and reality unfolded before me.

When I began I had absolutely no idea what Austrian economics was. I began by reading Friedrich Hayek’s The Road to Serfdom. What I found, versus other economic reads, particularly John Menard Keynes, was a grasp and discussion of reality. A reality which made perfect sense in the world of manufacturing in which I had lived and learned during my career.

The philosophies and practices of the Austrians focused on the sovereignty of the individual, making individual decisions for his own benefit and economic transaction, not the benefit of the whole or the collective. That is the whole benefits most greatly when each individual can and does solve their own needs and concerns economically, using their property as they see fit. In lean accounting, while it is simply collecting the actual data of the actual resources being consumed for manufacturing a product or product family in a value stream, or via one-piece flow, the construct and ability to create a system which can accomplish this is done by sovereign individuals solving their own problems at the source of the problem. It is a system which builds up the individual as the one closest to the problem, therefore, the one who is most intimate with the process, problem and potential solutions or countermeasures. The entire lean business model is built upon this foundation of observant and problem-solving individuals. Just as the Austrian system is built upon the liberty of individuals making their own decisions about their own property for their own needs and concerns.

I had found system thinking alignment between the macro system (economics) and the micro system (business model). I wanted to learn more, so I have continued that learning journey of trying to understand sound economic models and practices. It has taken me through deflation versus inflation, monetary systems and monetary bases, economies of scale thinking versus one-piece flow thinking, and so on. As I continued to learn and research economic models, the Austrian philosophies and practices continually disclose ideas which are couched in reality and align with the realities and successes I find with lean practices and the companies and people implementing them in their organizations. The wealth created within these organizations (even with very substantial work yet to do) greatly increases in velocity and success (cost, quality, and delivery) continually. It is such a pleasure to meet and work with people and organizations achieving these objectives and collecting great knowledge, skills, and wisdom all along the way.

But one phenomenon I have found is that extraordinarily few people think about, let alone understand, the significant linkage – and wealth creating power – by understanding and tying these two model together. If we can create this understanding, the United States will unleash a power the world has never seen.

If anyone has watch or studied the work by Hans Rosling, Angus Maddison, or Jerry Bowyer, who give financial and health data from a view at a global level you can see the power of these models of reality. And, yet, we have not begun to accomplish all that we can in these arenas.

When America realizes the critical linkage between the micro model (business models) and the macro model (economic models) and superior models of each (the lean business model and Austrian economic models), economic prowess will be unleashed at a level America, or for that matter human civilization, has never seen. It is often asked if America’s best days are behind her. The answer: only if we make such a dumb decision. Amazing and abundant days are ahead of us – if we so choose.