All for Whom Black Lives Truly Matter, Hear This: We Desperately Need More ‘Nehemiah Projects’ 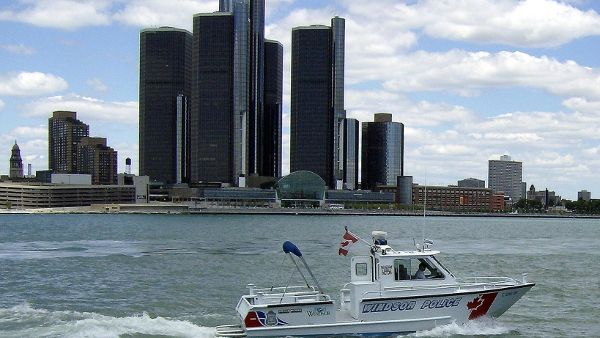 I was led to think after reading this piece by Bankole Thompson, an African American columnist writing in the Detroit News, about the devastating impact of so-called “black on black” violence in his city. His lament could be repeated in a dozen big cities across this country. His column deserves a wider readership than it’s likely to get, which is why I share it here, and which is also a measure of how much of a wrong turn the current discourse in this country about race, violence, and justice has taken.

I urge you, my friends, to defy the trend, suspend the rhetoric for just a moment, and take time to look down into the abyss along with “brother” Bankole Thompson. I urge you to learn and to recite the names of Anthony Tolson and Chanell Berry; to inquire about what is happening to black people like them daily; and to extend your fervent demand for “racial justice” far enough as to include them in its orbit. Then I urge you to act accordingly. (Don’t tell me that this is already being done by some. I know that. But, it is not being done by as many as the ongoing carnage requires. And, it is not being valorized, by the media and those with the megaphones, as work to which our generation is being called…)

Permit me this personal reflection (I am writing a memoir, after all!): I am the father of five. My youngest is named Nehemiah — after the ancient Hebrew leader whose story is recounted in the book of the Old Testament bearing his name where, in chapter 2, verse 17 one finds the following:

“Then I said to them, ‘You see the trouble we are in: Jerusalem lies in ruins, and its gates have been burned with fire. Come, let us rebuild the wall of Jerusalem, and we will no longer be in disgrace.’ “

My late wife, Linda, and I, inspired by this passage and all that follows it, chose to name our son after the man who — compelled by his love for his people and empowered by his faith — effectively organized his brethren, commandeered necessary resources, and embraced the hard work required to restore the integrity of his community — so that they would “no longer be in disgrace.” In our understanding Jerusalem’s wall was a metaphor for a city’s internal protections against corrupting influences of marauding outsiders. It represented the saving grace for our people of a culture affirming righteousness, of families that nurtured their children and set their feet upon the right paths, of leaders who extolled the virtues of a way of life that fosters pride, decency and nobility notwithstanding the vicissitudes of outrageous misfortune.

We were convinced, 24 years ago when Nehemiah Loury was born, that black communities in the poor districts of America’s big cities lay “in ruins” and that their “gates had been burned with fire.” We hoped to inspire in our son — and ourselves — a sense of duty, a commitment to activism and a strength of character — not unlike that shown by the ancient Nehemiah — that would allow us, working through our AME church congregation, to contribute to the redemption of our people. We knew that this could not be done in the absence of the active participation of the government, through progressive public policies and socially responsible reforms. But, we also knew that the primary responsibility to restore the integrity of our communities lay with people like ourselves.

We were idealists, to be sure — quaintly so. We actually believed that God had called our congregation to work such as this. We thought that there was a power greater than Caesar to whom our appeals might be fruitfully directed. But, notwithstanding what might today seem a curious credulity, we were right about what needed doing then. And, as this report of Bankole Thompson’s from today’s front lines in Detroit makes clear, it still needs doing now. 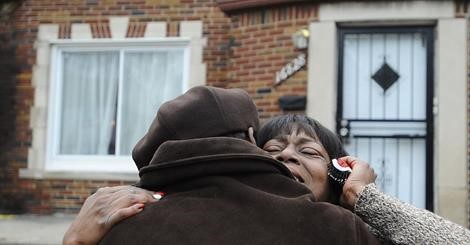 DETROITNEWS.COM by REDLINE WITH BANKOLE THOMPSON