Confused by the Conflicting Statements Coming From the Federal Reserve? Yeah, Me Too. 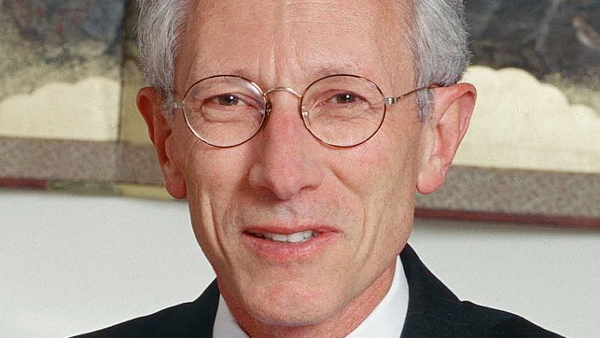 Stanley Stan Fischer, vice chair of the U.S. Federal Reserve System and former governor of the Bank of Israel

It’s only been a week since Federal Reserve Vice Chairman Stanley Fisher declared that markets were underestimating the number of rate hikes would be pulled off by policymakers this year. His bottom line: the number four was the base case.

“While monetary policy should not overreact to short-term temporary fluctuations in financial markets, policymakers should take seriously the potential downside risk to their economic forecasts and manage those risks as we think about the appropriate path.”

Not only do Rosengren’s comments conflict with those of Fischer; they contradict the bravado expressed last week by San Francisco Fed President John Williams who said that the “the U.S. economy still has a good head of steam.”

Has Fedspeak not only hit its limit but now started to work to the detriment of the financial markets and by extension the economy?

You tell me after reading on:

Locked and Not Loaded

John Wayne had a way with words. His delivery and performance as Marine Sargent John Stryker in the Sands of Iwo Jima were so convincing as to garner him an Academy Award nomination for Best Actor in a Leading Role. Though the marines Sargent Stryker led into battle might have begrudged his demanding training standards, the reality of life and death depicted on the battlefield quickly quashed resentment and replaced it with respect. It’s fitting that one of Hollywood’s toughest guys was the first in recorded history to command his onscreen troops into battle with the rally cry, “Lock and Load!”

It seems conceivable that Richard Fisher might have just seen Wayne’s World War II classic the night before his January 5th CNBC interview. Like Wayne, the former Dallas Federal Reserve President who went by the simpler term “boss” to yours truly for the better part of the last decade also happens to have a way with words. To wit is the following witticism:

“The Federal Reserve is a giant weapon that has no ammunition left.”

If only policymakers understood that their collective mouthpiece was a weapon in and of itself. But they cannot seem to contain their commentary to the detriment of their ostensible lofty goal of stabilizing the financial system.

Take the other Fischer, as in Stanley Fischer, the Godfather of central banking. Was it not borderline reckless to insist that the Fed would hike interest rates four times this year in the face of market turmoil that made last August look like a walk in the park? It’s not so much that stock and bond market gyrations should be the driving force behind monetary policy-making. But prudence ought to at least dictate that public remarks not exacerbate the panic inciting investment behavior.

Going back to Richard Fisher for a moment, he rightly pointed out the direct source of market instability when he said,

“We (the Fed) front-loaded an enormous rally to generate a wealth effect.”

Few former central bankers today have the gall to aver that the wealth effect performed as their models suggested they would. Turning the discussion into something political is a red herring; set that aside. Instead focus on research published by the International Monetary Fund (IMF) last summer. The conclusion of a study of 150 countries: the wealth effect is not only dead, unbalanced rewards of riches to the top earners actually slows aggregate economic growth.

Not that such math is infallible, but the IMF researchers determined that when the wealthiest 20 percent enjoy a one percent boost to their income, the annual growth rate of their respective country’s economy contracts by 0.1 percent within five years. The flipside: when the lowest 20 percent of earners see their incomes grow by that same one percent, economic growth rises by 0.4 percent over the same period.

Of course, lifting all boats requires true grit (if Mr. Wayne’s other boots fit…). In the case of the United States, it would require Congress first reform and then invest wisely in the nation’s education system so as to effect a lifelong wealth effect that benefits the economy in the long run.

But then, such actions require that adult comportment exist in DC to begin with. It has proven appreciably easier for politicians to lean on the Fed to keep interest rates at artificially low levels, which inevitably produces the illusion of wealth to low income earners via credit. No other sin of central banking has exacted such long-lasting damage on its country’s citizens (think subprime this or that).

As for what’s to come in the nearer term, veteran contrarians would suggest that a rally in the markets is building. Whether it’s investor sentiment surveys or Citigroup’s Panic/Euphoria gauge, which is deep in panic territory, history suggests the rally stocks attempted earlier this week reflected what bulls hoped to be a deeply oversold market.

That said, these metrics say nothing about true valuations, which remain undetermined given the boost to the ‘E’ in the price/earnings (P/E) ratio care of the lowest debt-service costs in the history of mankind and share buybacks. These feel-good earnings boosters will prove as ephemeral to the stock market as they have every other time monetary policy has encouraged executive trickery.

If Fisher is right about the Fed’s lack of ammunition, further accommodation won’t be capable of riding to the rescue. Not that other policymakers are ceding even a hint at such a possibility.

Take the San Francisco Fed’s John Williams, who the Wall Street Journal recently ranked fifth in terms of influential Fed speakers (after Janet Yellen, Stanley Fischer, Bill Dudley and Jeffrey Lacker). The Journal attributed William’s former role as Yellen’s research director when she ran the SF Fed to his perceived role as one who “tends to signal the shifting consensus.” In other words, his comments are the next best thing to hearing it straight from Yellen’s mouth.

In a speech he gave the first week of January, he redefined understatement, conceding that the Fed had underestimated the negative economic ramifications of the decline in oil prices:

“The world had changed; the U.S. has a lot of jobs connected to the oil industry.”

Not to worry, he continued, now that consumers finally trust that oil prices could remain low for a prolonged period of time, they will finally open their wallets and spend that windfall they’ve stingily been hoarding, which has in turn held back economic growth. His bottom line is that the Fed will hold to its plans to continue raising interest rates given that, “the U.S. economy still has a good head of steam.”

A) not translated to other languages thus preventing the insulting of those devastated by the 250,000 and counting energy layoffs worldwide (to say nothing of metals and mining workers), and

B) for added good measure, not widely disseminated in Texas newspapers where 60,000 and counting high-paying energy jobs have been lost.

Perhaps Fedspeak, which purportedly has been raised to a Zen-like state in the era of unprecedented transparency, should follow Fed statements’ lead. Deutsche Bank’s Torsten Slok has been tracking the number of words in Fed statements for years. After peaking at 895 words in September, 2014, the number mercifully dwindled down to 556 as of December’s historic statement release.

Maybe even an election year moratorium on Fedspeak would do for now given how challenging it is to keep pace with all of the Candidate-speak clogging the airwaves. The investment community could put a motion to vote: replace confusing, contradictory and controversial Fedspeak with a press conference after every Federal Open Market Committee (FOMC) meeting.

Yellen pulling out the miracle of a unanimous vote at December’s meeting leaves little doubt the fair chair has gained control of her unruly underlings. That being the case, let her present a unified front in explaining the Committee’s decision-making methodology and determinations at the close of every FOMC meeting. If nothing else, the financial markets would be freed from what’s become a fresh source of violent volatility.

After all, it was Stanley Fischer himself who recently said of the Fed’s desire to normalize interest rates:

“We want to get there and get there without creating big messes in the markets.”

If that’s truly the case, given the destructive toll inflicted by Fedspeak in recent years, less would indeed be more. It’s one thing to be locked and loaded. Try naming any war in history that’s been won firing off ineffectual blanks.

For a full archive of my posts, please visit Money Strong, LLC.