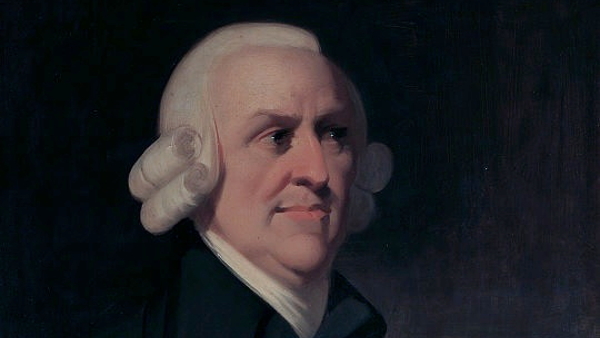 This occasional blog will be devoted to my understanding of the work of Adam Smith.

I cannot claim to be either a philosopher or an Adam Smith scholar; rather, I have been drawn into penetrating Smith’s incredible thought process ever since it dawned on me that his model of the emergence and cultural implications of human sociability is deeply, freshly, and predictively relevant to our lab discoveries of the last 60 years. Smith articulates a model that has enabled me to better understand the results of the extensive form two-person experimental games that had begun streaming into our laboratories in the 1980s and 1990s from around the world; results that would be regarded as falsifying the predictions of the standard neo-classically-based, utilitarian, game-theoretic models.

Max-U, as Deirdre McClosky calls it, had performed well in the earlier (1960s-1970s) supply and demand experiments for perishables, but that mechanism failed to extend to the smaller two-person game environment. Moreover, the two-person game interactions were entirely compatible with perspectives that had been developed independently by cognitive and social psychologists.

That intellectual and empirical enterprise has rewarded me with a hitherto missing perspective on neo-classical economics and the wrong turn it took in displacing, rather than supplementing, Smith’s contributions in The Theory of Moral Sentiments (1759; TMS), and Wealth of Nations (1776: WN). I now see Smith’s two works as seamlessly connected, although Smith seems not to have plainly indicated that connection at the time.