I’m Not Against Affirmative Action, But Here’s What I’m For 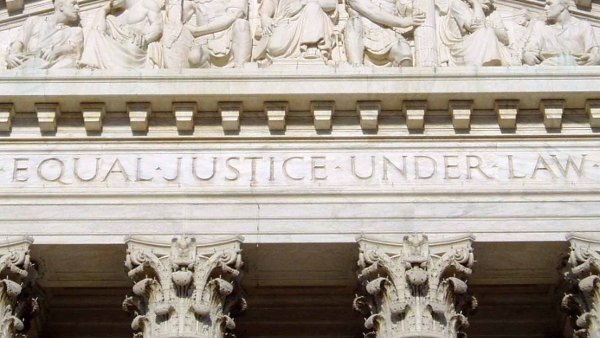 Friends: I’m catching hell from people accusing me, in so many words, of being a self-hating black elitist who wants to brag about not needing affirmative action, even as I support a conservative Supreme Court justice who would take it away from my fellow blacks. The point of this post is to defend myself against these accusations, to explain where I’m coming from. So, I’m sharing here a letter I wrote to an old, old black friend — someone who’d expressed concern about what I’ve been saying in this space of late.

Much of what I know about hard work and study I learned from your example, back in Chicago in the early 1960s. I followed in your footsteps when I enrolled at Illinois Institute of Technology. But, unlike you, I left there without a degree. I watched you complete your studies, launch a technical career, start a young family, become a property owner and then a successful businessman. There was plenty of racism, and you felt its sting, but you didn’t let it define you or prevent you from excelling at the real competitive game.

We’re now a half-century down the line from then. I’ve got grandchildren attending both HBCU and selective HWI. Now, in the 21st century and in a globalized world, the real game continues — at MIT, at Cal Tech, at Brown and Northwestern and Yale. Our youngsters have to achieve a firm footing in this game by excelling at the technical study which is the gateway to mastery of the skills needed in the modern world. They are not doing this in anything like the numbers they should. I take no pleasure in saying this. But, it is undeniably true.

Please understand: I’m not against affirmative action. I’m not trying to slam the door on the fingers of our children. I’m trying, rather, to sound an alarm.

I know what I’m talking about here, because I went on from being a college dropout in Chicago to earning a PhD at MIT from what was then the best economics program in the world. I’ve spent the last four decades in the classrooms, on the editorial boards, in the lecture halls, at the summer study groups, in the admission committee meetings and on the foundation-funded scholarship commissions. I regret to report that the racial gap in objective intellectual performance in the most elite academic venues is enormous — this is a real fact of life in the 21st century — and it will only be closed if we first, acknowledge it’s existence, second, stop making excuses for this sad reality (which has many source, none of which is the inherent intellectual incapacity of black people), and third, get busy fixing it.

There’s work for everybody to do, from parents with infants needing intellectual stimulation, through K-12 teachers who could do a better job preparing their charges, on up to the elite colleges who need to address the gaps in development of their affirmative action admits with real programs that foster intellectual growth and that close those gaps.

I’m in Silicon Valley right now, spending a lot of time learning about what goes on at Apple, Google and so forth. I’m on Stanford University’s campus, attending seminars and lectures in economics, philosophy, statistics, applied mathematics and so forth. There are very, very few black faces in these rooms — barely more than when I first started entering such rooms 40 years ago. Affirmative action, as practiced, provides no remedy for this. I frankly don’t give a damn what the Supreme Court decides. It’s completely irrelevant to the problem I’m naming here. If our people — that is, black people — don’t wake up, we’re going to be dependent on white liberal largess for the next half-century. And, the names on the articles in the economics, physics and biology journals will sound like Mandarin, Bengali, etc.

There’s no excuse for our accepting this sorry situation. And, I’m disgusted by people who think that, because we needed affirmative action a half-century ago to open closed spaces in the wake of Jim Crow’s demise, that our grandchildren and great grandchildren will continue to need it too, for as far ahead as the eye can see — why? Because “white supremacy” and “structural racism” make it impossible for us to compete? Please!

The people who make that claim may win the short-term political arguments by shouting-down those, like me, who raise the key questions. But, believe me, the world is going to keep moving on — with or without us.