On the Problem of Self-Regard 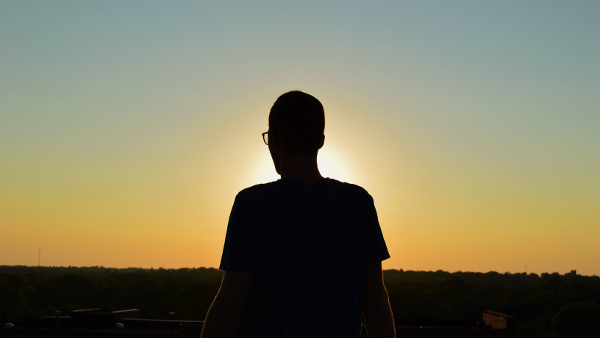 As many of you know, I’m writing a memoir during this sabbatical year, which means I’m engaged in a reflexive, self-regarding activity. And, while I have my peculiar story to tell, it is apparent that I will also need to reflect — at a meta-level, if you will — about how it is that one goes about the telling of one’s own story. In that spirit, herewith are some rambling musings that are presently occupying my mind, as I ponder this problem of self-regard.

I’ve always been fascinated by paradoxes of self-reference. Consider: “A barber shaves all of those, and only those, who do not shave themselves. Who shaves the barber?” I can still vividly recall Douglas Hofstadter’s big book, “Godel, Escher and Bach” — more than thirty years on now — where the complexities of self-reference are deployed to expose deep connections between a logician’s incompleteness theorem, an artist’s deceptive drawings, and a composer’s fugues. I also recall my excitement upon first encountering Thomas Schelling’s writings about the problem of self-command (collected in his book, “Choice and Consequence”.) There he reminds us of the extraordinary lengths we sometimes go to in an effort to manage this problem: Ulysses tying himself to the mast so as not to succumb to the sirens’ calls. And, he confronts us with the recognition that, as Paul put it in Romans 7:19, “the good that I would I do not: but the evil which I would not, that I do.”

I speculate that these two problems — of “self-regard” and “self-command” — are cousins; and that exploring the nature and possibility of “self-knowledge” is a fruitful way to connect them.

For instance, sincerely facing the problem of self-regard challenges a person to see himself as others see him. Indeed, just to specify a “self” independently from the perceptions of others and from one’s own orchestrated self-representations is a daunting undertaking. What is more, evaluating one’s motivations; confronting one’s rationalizations; inferring basic conclusions from one’s past deeds about one’s “true” character — these are yet further challenges posed by sincere acts of self-regard. (I am valorizing sincerity here because there’s no point in trying to fool oneself… Or, is there…?)

“Changing my mind” is my working title. Religious conversion and the loss of faith; a struggle with addiction; a political reorientation – these are some experiences which provide fodder for my self-regarding exploration. (But the change that gives me the most satisfaction these days is my move along an intellectual spectrum that leads from “narrow mathematical economist” outward toward “eclectic social science polymath…”)

There are cognitive and psychological issues here. To change can require overcoming powerful inertial forces — the deep interest we have in consistency, in integrating our disparate acts and beliefs into a coherent whole. It also requires an openness to evidence contrary to one’s predisposition; the willingness to be disappointed; and the ability to admit one has been wrong. It means retooling; redefining; reshaping; rebuilding; relocating; re-imagining. It means losing friends; breaking promises; walking away from comfortable places; taking things back — including one’s own prior words.

The constant need to orchestrate the impression one makes in the presence of others is a profound obstacle to sincere acts of self-regard. (Erving Goffman’s classic work “The Presentation of Self in Everyday Life” is a great source of inspiration to me…) I need to ponder what it’s like to anticipate being made an outcast for expressing one’s political views. I want to ask what constitutes “true loyalty” to one’s “people”? (see Albert Hirschman’s “Exit, Voice and Loyalty”). And, inevitably, I have to ask myself, just who are “my people,” anyway? And so, identity — inherited and chosen — is one of my themes; as are (spoiled) reputations, (racial) stigma; and religious epiphany, conversion and disavowal. It’s a rich, complex tableau.

The sincere pursuit of self-knowledge, it seems, requires traversing a circuitous path. Or, as a statistician might put it, tracing the evolution though time of one’s beliefs about oneself cannot be modeled as Bayesian learning! I will be trying in my memoir to make that abstract formulation comprehensible to a general audience (and, to myself!)

And, then there’s “race” — racial identity, racial loyalty, racial stereotypes, the playing of the race card… These days, talking about one’s race is all the rage. And, having devoted so much intellectual labor over decades to thinking about race and inequality in the US, this theme must be central to my tale. Still, it must also be kept in its proper place. Being black — in the varied professional, political and social locations between which I have navigated — has given me a unique angle of vision. But, I won’t let it define me. Thus, one aspect of my racial condition is having constantly to be concerned with what observers might be thinking about “people like me.” Even if in the end one were to decide that one does not care what those observers are thinking, just having to deliberate internally so as to arrive at that conclusion is already a psychological burden. Often, one will struggle unsuccessfully to disregard the surmises of others, even as one denies to oneself that one has failed to do so. This way lies madness…

End of musings on the problem of self-regard… for now.