Progressivism and Eugenics, Down the Memory Hole 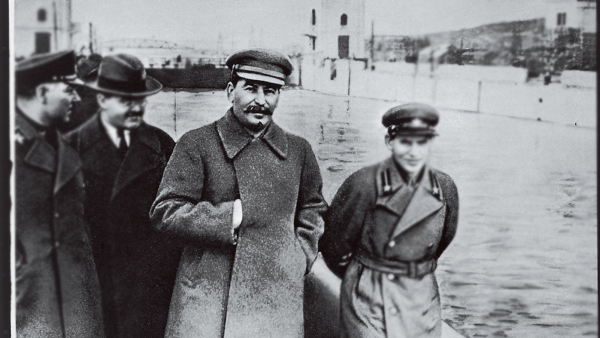 Joseph Stalin at the Moscow-Volga canal in 1937

Progressives’ slickest trick is that every time their policies fail they claim “No, that wasn’t ‘real’ Progressivism.”

It’s the “No True Scotsman” fallacy. The fallacy that “your people” would never do something bad and, if they ever do, well those weren’t really your people. “Exculpatory sub-grouping,” in psychologist Aiden Gregg’s phrase.

We see this fallacy repeatedly from the socialists: it’s never “real” socialism from Stalin, Hitler, Mao, Pol Pot, North Korea, Cuba, or Venezuela. However passionately every one of these regimes believed themselves to be socialist, every time they fail the propagandists write them out of the movement. On the one hand, Christians have to continue explaining Galileo or the Spanish Inquisition 500 years later, but the left’s media dominance lets them ignore their disgusting and very recent history.

One spectacular little dirty skeleton — and the one that most obviously reveals Progressivism’s affinity with Hitler — is their “racial hygiene” movement. A recent article in the left-wing New Republic, to its credit, details the movement. The Progressives wanted to use government force to eliminate racial “undesirables,” either by forced sterilization or by shutting undesirables away in institutions. So they couldn’t breed, while still contributing their labor to society. Concentration camps, in the service of racial hygiene.

The fact that Progressive eugenics continued into the 1970’s, and that eugenics created programs they continue to hawk — like the minimum wage — makes it breathtaking that they still get away with disowning their sordid past. Indeed, the minimum wage intent is obvious once we realize that the minimum wage always aimed to ban low-wage labor. The logic was that, denied the opportunity to work for a living, “undesirables” would either obligingly die off, or they would voluntarily enter institutions. Where they could then be prevented from breeding, from contaminating society with their genes. Adding outrage was Progressives’ misrepresenting such an evil agenda as charity for the targets — the labor-law equivalent of greeting inmates off the rail-cars with a nice, free shower.

Alas, the victors write the history, and Progressive’s media dominance has paid off. Twinned with K-12 indoctrination by predominantly left-wing teachers, backed by even more left-wing education bureaucrats, it’s actually amazing that so many people still think for themselves. And, indeed, this little internet of ours finally gives us the tools to tell the truth about these little memory-holes. These little lies the Progressives use to cloak their murderous policies in cynical happy-talk of their love and deep tolerance for their next batch of victims.