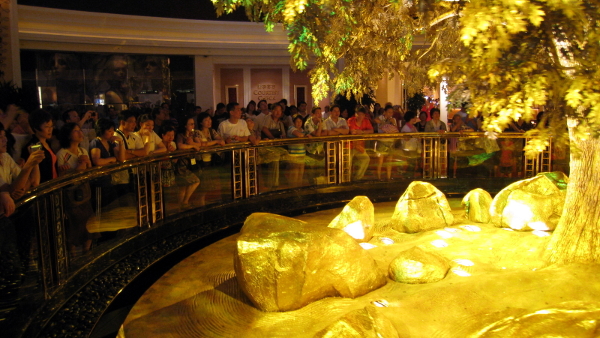 Yes, the important question is: What causes growth in per capita income and wealth? Economic historians teach us that these measures were constant and at extreme poverty levels for 1700+ years, from 0 B.C. into the eighteenth century.

Growth then started to accelerate, and spread from Northern Europe to Canada, the United States, Australia, New Zealand, Hong Kong, Singapore; gradually other countries have also benefited, with Asian growth taking off in the 20th century. Many resource-rich countries have benefited indirectly by the rising price of extraction products. But there is good reason to believe that such resource wealth is a curse (with parallels in foreign AID) because it is concentrated in the hands a few of the highly privileged through government ownership, and does not lead to the development of broad-based skills that are the fundamental means of a sustainable reduction in poverty. You don’t eliminate poverty by gifts to the poor—except as a short term means to maintain life—rather the way to do this is to help the poor help themselves. I grew up in close association with poor people, and enough thrive on this approach to make it the only betterment-game in town; few know how to do this from the outside.

Property rights, I believe, were necessary but not sufficient for the emergence and spread of this Northern European phenomenon. As Deirdre McCloskey has emphasized, somehow there was a change in attitude during the 18th C in which merit became more important, privilege less important, and that the common person could excel; people did not have to do what their parents and grandparents did. The Scottish philosophers represented this intellectual position but it would be a stretch to say they caused it. Rather they were part of the change. And there was a reversal in the 20th C with Bentham and the utilitarians, who had no appreciation of tradition, culture, and ecological forms of rationality, and reduced everything to an empty constructivist exercise.