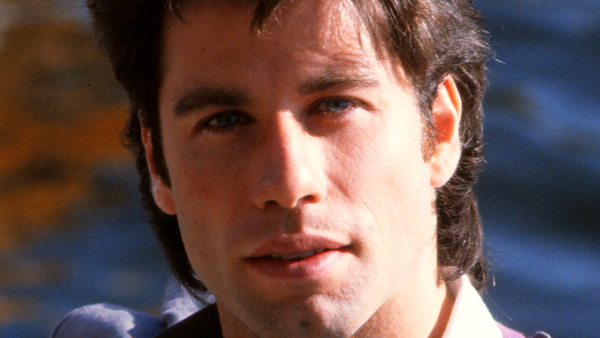 Before there was Tony Moreno, there was Vinnie Barbarino.

The 1970s TV sitcom Welcome Back Kotter would make a star of John Travolta and leave the others in the cast behind. For some though, despite the show’s own short-lived success, the Sweathogs will live on in infamy. The “Kotter” in the show title referred to Gabe Kotter, a former remedial student himself tasked with corralling the rag-tag group of slackers affectionately called the “Sweathogs.” Heartthrob Barbarino was the self-assured Italian who led the fictional Brooklyn high school class. Freddie “Boom Boom” Washington was the resident wisecracking jock. Not to be forgotten easily was Juan Luis Pedro Felipo de Huevos Epstein, a self-described Puerto Rican Jew voted “Most Likely to Take a Life.” And finally, there was the venerable Arnold Horshack, whose hyena-like laugh masked that he was the brains of the bunch.

The only serious aspect of the show involved the assumption that the Sweathogs would never amount to anything in life. The hoodlums’ scripted on-air antics certainly backed the perception they were witless wonders. But as predictable plots would have it, Kotter’s faith and dedication ultimately reveal his problematic pupils’ promise and potential.

Judging by the past two weeks, the Wall Street Journal’s headline writers must think that Chinese officials are sovereigns’ answer to the Sweathogs. Here’s a smattering of the smack-down teasers:

‘Did China Change the Way it Fixes the Yuan?’

By last Friday, readers wouldn’t have been surprised to open their Journal to ‘Currency Controls for Dummies.’ Instead, they got the following: ‘Beijing’s Yuan Policy is Meant to Baffle.’ Chinese policymakers weren’t, after all, bumbling bureaucratic buffoons. Rather, they had planned to manufacture uncertainty all along, kind of like they’d carefully planned to over-manufacture steel rebar and other commodities suffocating the global economy.

The Journal cited people close to the People’s Bank of China (PBOC), a.k.a. China’s Fed, in its reporting. The PBOC had purposefully changed up the way it sets the yuan’s price by “interspersing periods of depreciation with surprise bouts of strengthening through market guidance or intervention.”

The end game: by illustrating that the currency can gyrate like any other that floats freely, demonstrable evidence can be entered into the public record that opens the pathway to an eventual free float and independence from the dollar peg to which it ostensibly remains tethered.

Now who was the wiser, who made the rest of the world work up a sweat?

My good friend and China expert Worth Wray opened a recent report with the following timely quote from President John F. Kennedy: “When written in Chinese, the word crisis is comprised of two characters. One represents danger and the other represents opportunity.”

Any cold war thinkers out there could certainly connect the dots. How brilliant would it be if the Chinese were meticulously orchestrating a free floating currency knowing full well the financial markets are so fragile as to throw the entire global economy into recession? A crisis begets an opportunity to take one more step closer to reserve currency status.

It’s doubtful though that even the Chinese are that adept, though there is a very real and recent precedent to suggest connivery at the highest levels. Recall that the world was poised to absorb the first Fed rate hike on September 17th. What stopped the Fed from pulling the trigger then? That would be the surprise devaluation of the yuan in August. Of course, Chinese policymakers were simply reacting to the reality of the strengthening dollar to which their currency is pegged.

First, a soupcon of background. According to a report by Elvis Picardo, the Chinese economy quintupled in size in dollar terms in the decade to 2013 catapulting it to unseat Japan as the world’s second largest economy. This growth was generated by an export machine: trade between the U.S. and China swelled from $559 billion in 2013 from $4 billion in 1981.

The critical underpinning was a currency that Chinese policymakers held at artificially weak levels thus rendering their goods more competitive in the global marketplace. The dollar first entered the picture in 1994 when the yuan was pegged to the U.S. currency at a level of 8.28 to the dollar. Over a decade later, pressure from its trading partners forced China’s hand. By 2013, the yuan had appreciated to about 6 to the dollar ($1 bought only 6 yuan whereas it had purchased over 8 yuan in 1994).

Yuan appreciation is not all bad if you consider the ultimate goal of the Chinese powers that be, which is to transform the Chinese economy into one that resembles more closely that of the United States. The goal: Consumption and services self-sustain economic growth freeing China of its modern-day manufacturing shackles. Chinese domestic households must have a strong currency if they ever hope to consume their way to economic nirvana.

The problem is reality often collides with even the best laid plans. Transitioning the Chinese economy could not be accomplished in a Shanghai minute. To that end, it was mandated that manufacturing continued to carry its economic weight to ensure a smooth evolution.

Flash forward to last year and it’s easy enough to imagine Chinese central bankers’ increasing discomfort. The dollar was a runaway train of strength as the world prepared for the Fed to go in one direction while the rest of the world, with their faltering economies, pulled in the opposite direction.

It was thus perfectly plausible and no fault of the Chinese, the explanation goes, that the yuan was taken down a peg in August. Financial market panic ensued and sure enough, the Fed stood down.

But as we all know, that was but a momentary stay of execution. The Fed dropped the gauntlet on December 16th pushing the dollar to fresh heights. That’s when things started to get hairy. Chinese policymakers had vowed to ensure that any future devaluation subsequent to August’s initial move would be gradual.

The market had its own ideas.

China’s “reported” economic growth has slowed from the boom-boom days’ rate of 10 percent to this week’s 6.9 percent for all of 2015. The market for its part has rationally begun to price in the need for further yuan depreciation to prop up the slowing economy.

That’s all well and good except for one little thing. The rest of the world is also falling apart as oil prices collapse, which could easily be perceived to be a reflection of the global growth slowdown resulting from the end of the commodity supercycle, which itself was triggered by the Chinese hitting the outer limits of building empty cities and thus being forced to move to a consumption-driven economy.

Who is delusional enough to believe this set of circumstances could be replicated today given that the global economy is dangling by an unraveling thread spun by central bank stimulus? And why would anyone believe an orderly unwind of this magnitude to be an even remote possibility?

Of course, the conventional wisdom is sanguine. After all, we are assured, China has $3.3 trillion in foreign reserves to guarantee against any sort of disruptive depreciation. As one Chinese official said last week, bets against the yuan are ‘ridiculous.’

Let’s just say my buddy Wray didn’t get to be Evergreen Gavekal’s chief economist by toeing the conventional wisdom line. By Wray’s reckoning, the starting point is a heck of a lot closer to $3 trillion given the enormous sums they’ve had to throw at stopping the currency’s most run from veering out of control.

But it’s not just what they’ve already spent. A third of their reserves are illiquid and cannot be readily deployed in the business of defending said currency.

And then there’s that thorny issue of prior commitments. President Xi Jinping has earmarked $1 trillion to underwrite the “One Belt, One Road” initiative to lift their economy to new heights. The plan’s anchor entails constructing a new Silk Road that builds infrastructure links from China to Europe and the rest of Asia.

We’re talking about what the Financial Times described as

“the largest programme of economic diplomacy since the US-led Marshall Plan for postwar reconstruction in Europe, covering dozens of countries with a total population of over 3 billion people.”

If that doesn’t unseat the dollar, what will? (Pardon the digression.)

The bottom line is that bottom line is skinnier than most people are assuming. We’re talking $1 to $1.5 trillion which covers only five to seven percent of China’s $21 trillion money supply.

Exacerbating matters is the fact that it is not purely speculators driving the yuan’s moves. Domestic depositors are moving their money out of the country for fear that the economic slowdown could morph into something far worse. It’s conceivable that outflows could deplete the reserve cushion by the time we’re ringing in the next new year.

That leaves China’s leadership with three options according to Wray’s wisdom:

“Yes, there’s a lot of risk involved with free floating the aspiring reserve currency earlier than planned, but waiting around for a major yuan buyer to suddenly emerge is downright reckless,”

Gabe Kaplan, who played the Sweathogs’ Mr. Kotter once cited The Marx Brothers as inspiration for the sitcom’s plot lines and character behaviors. Classic slapstick made the show’s first few seasons magical. But the show died an early death as casting challenges set in and stardom beckoned a young Travolta to light up a disco dance floor in Saturday Night Fever.

Will China’s financial miracle meet its own demise thanks to what appear to be increasingly uncontrolled Sweathog-like shenanigans? Or will they graduate to a rational, well-run economic superpower thanks to taking the higher Silk Road home? For the time being, we will all have to put our seatbelts on and be satisfied with staying tuned until their next season’s episodes air.

For a full archive of my posts, please visit Money Strong, LLC.