Why Big Government and Command Economies MUST Fail 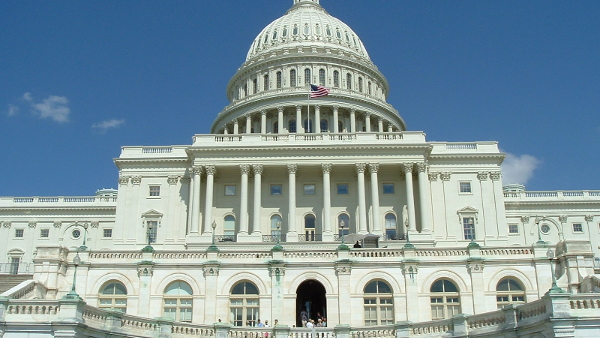 You might recall that even back in 1940s, while he was still an actor, Ronald Reagan was confident we could defeat communism. His confidence was rooted in the superiority of our freedom compared to the Soviet command economy, which he called a cockamamie system that could not produce the goods it needed to produce were it to compete successfully with us and our freedoms.

Says the advocate of big government: Modern life is so complex and puzzling that we must not let individuals each do whatever they wish with their jobs, their purchases, their investments, their savings, their retirement, their health care, their insurance, and their wages. Chaos will ensue. We must manage all these things for them so that the economy is more consistent and predictable.

Says the advocate of freedom: Let us imagine the simplest social scenario: just you and I. Imagine that I were to control your job, your purchases your investments, your savings, your retirement, your health care, your insurance, and your wages. Would that please you? Would that work out as well as it would if you managed your own life?

No, of course not, because I do not know you, your desires, your plans, and your resources as well as you do. No one does. Any decisions I make for you on the basis of that radically inadequate knowledge, indeed ignorance, would redound accordingly. Prospects for you under that system are bleak.

Far better for you to chart your own course: you know far than I do your own likes and dislikes, your own training, education, talent, and experiences. I cannot run your life as well as you can. It’s plain.

Now, let us complicate the scenario: Let us imagine that I am to manage the lives, choices, purchases, jobs, wages, investments, insurances, savings, health care, and retirement of all the folks who happen to be in a shopping mall at any moment. I do not know any of them as well as they know themselves. Indeed, I do not even know their names, their ages, their talents, experiences, likes, dislikes, goals, passions — indeed anything about them– as well as they do. I do not know them even as well as I might know you — which admittedly is not enough. My ignorance of your details is so gross and distortive that it disqualifies me as your controller. Think how much more fully I am disqualified as their controller, because my ignorance in them is even greater, even more crippling and harmful. The more complicated life gets, the less competent I am to govern others.

Naturally, the same ignorance of the important details of life is true of every economic bureaucrat in Washington. The government central-planners languish under staggering ignorance, yet they want you to trust them to make the decisions.

Now, finally, imagine that I am one of those endarkened bureaucrats, surrounded by thousands of others in precisely my same condition, and that we ignoramuses are tasked with managing the economic life of more than 320 million other Americans. The ignorance that hindered me running well the life of just one person — you — has now been magnified three hundred million times.   The damage of that enormously ignorance-based system is literally immeasurable — and so will be the destruction and havoc unleashed by empowering folks like me to run it all.

In short, the sentence with which we began is completely false: “Modern life is so complex and puzzling that we must not let individuals each do whatever they wish with their jobs, their purchases, their investments, their savings, their retirement, their health care, their insurance, and their wages.”

If I mismanage the affairs of just one person so badly, imagine how badly off the nation would be if my mismanagement were unleashed upon the whole country. Clearly, it is better — much, much better — for us to let each person make his or her own free choices. Liberty, not government control, not a command economy, is the path to a better life for us all. Smaller government, in this case, is clearly better. But this is not new. It’s as old as Adam Smith’s famous “invisible hand.” The left simply has not done its homework. It hasn’t read the required reading.