Why Would I Defend Antonin Scalia? 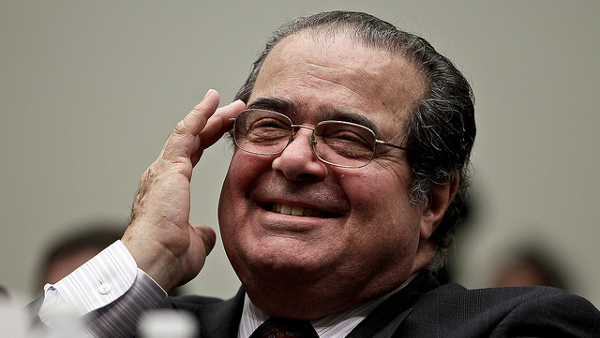 That’s the question some “friends” are asking, given the several posts to that effect which I have put up. Here’s your answer, “friends”:

My point about Scalia was that calling him a racist (I have no idea what his motives are, and wonder how anyone else would know) — is a sorry substitute for a refutation of the mismatch hypothesis. I said explicitly in my first comment that I had no brief for his jurisprudence.

But, of course, my own motives in this discussion have been impugned. So, to save you the trouble of guessing, I’ll tip my hand to this extent:

So long as black Americans are dependent on being admitted to the most elite sites of intellectual development in this country based on a lower objective standard of their own prior academic achievement — so long as that is the basis for their/our participation in these institutions — we will not be truly equal participants — no matter how loudly we cry-out about the legacies of white supremacy. I — Glenn Loury — am interested in true equality. I am uninterested in self-righteous moralizing about a judge’s racial etiquette…

Where are the adults in this conversation? Can I be the only one disturbed by the specter of other racial minorities taking the lead and dominating the scene at Cal Tech and MIT and Silicon Valley — based upon their skills, while black Americans are reduced to the position of “competing” by insisting that their presence is required in order to insure “racial diversity”? There is fake power — deriving from one’s ability to throw a fit if one is not “included”; and there is real power, deriving from one’s mastery over the technical material at hand. I — Glenn Loury — prefer to root black American’s standing in real power, not fake power. If that makes me an elitist, then so be it!

For, real power is solid ground from which genuine equality can emerge. While fake power is quicksand, where one’s footing is susceptible to being swept away with the shifting political tides. Real power is rooted in the kind of deep human development which, in the case of black Americans, necessitates facing and overcoming the horrible effects of many generations of racial discrimination. It is worth working towards, and waiting for. Fake power hides from the sad reality of what history has wrought, while making excuses for a non-competitiveness which history has bequeathed us. It is the easy path. But, ultimately, it is rooted in wishful thinking.

And, by the way, the folks running these institutes, making these grants, awarding these Nobel’s, and editing these journals — those folks all know the real deal. They will accommodate demands for “diversity” so as to make the fit-throwers go quietly to their corners, and so as to be free to get on with their real work of discovery, invention and innovation. Affirmative Action is the path of least resistance for them. Developing the latent human talents of a disadvantaged and discriminated against population is time-consuming hard work which they, and (sadly) we, seem eager to avoid. GL