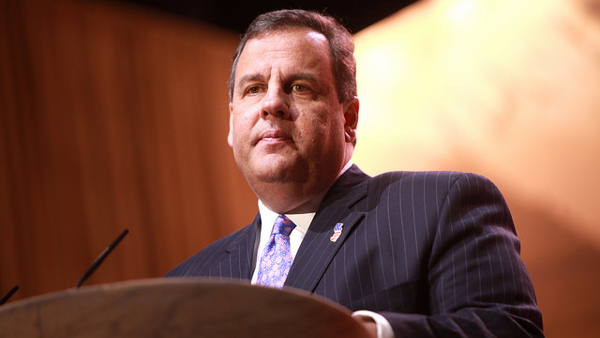 It was clear during Saturday’s night debate that Chris Christie knew it was his last chance to get a good showing in New Hampshire. And that in order to do that he needed to substantially damage Marco Rubio’s standing among undecided moderate voters. And through his repeated attacks on Rubio – beyond the frankly cringe-inducing initial exchange – he absolutely did damage Rubio. The problem is he didn’t help himself in the process. 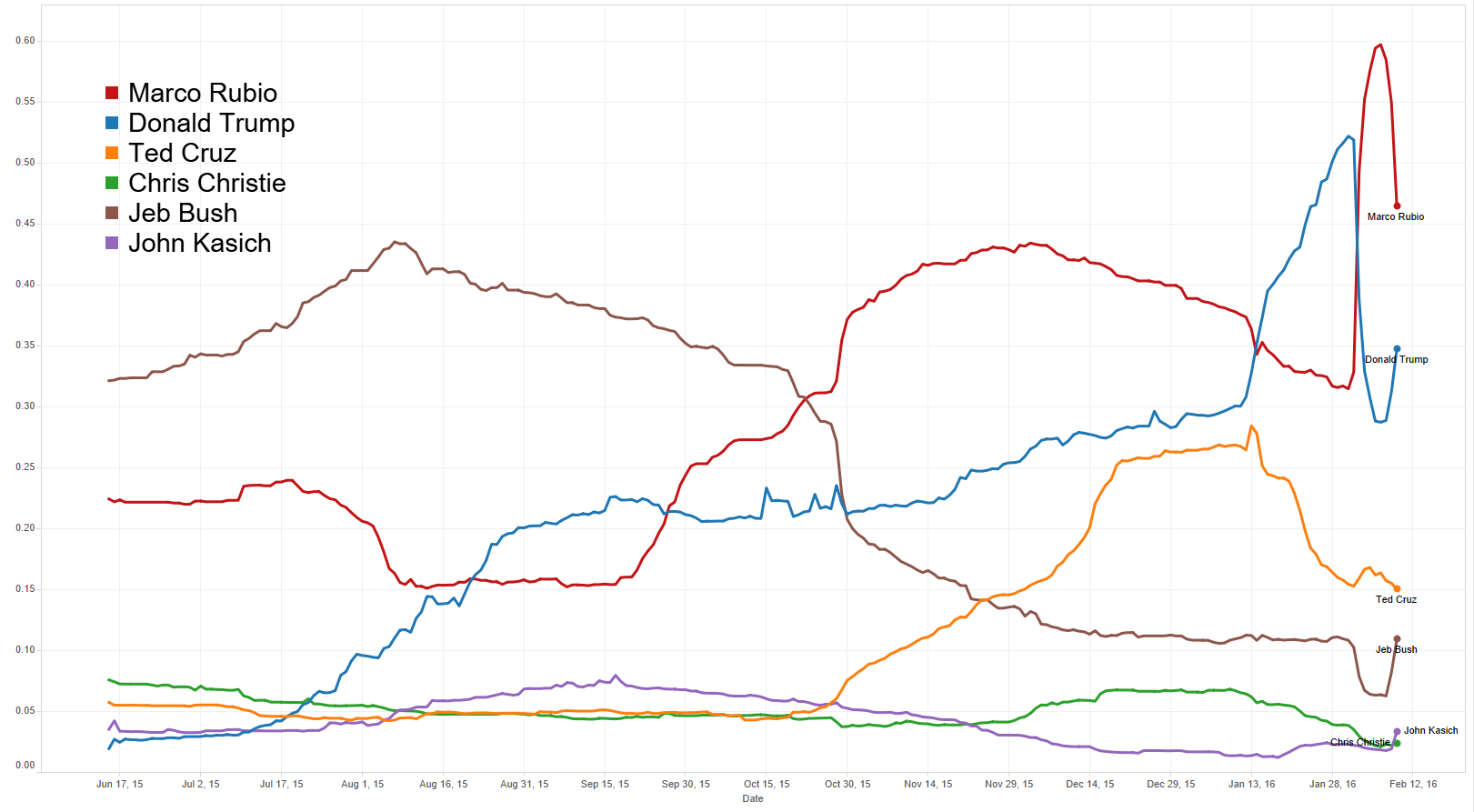 In the political betting markets, Rubio fell from 59% the day of the debate to 46% Tuesday. There are probably other aspects at play, such as the fact that Rubio’s high national polling has not translated into high polling in New Hampshire – but clearly his poor debate performance is the main cause. While he is still the front-runner, Rubio’s taken a big hit. The problem for Christie is that his deconstruction of Rubio did basically nothing to change his odds of winning the nomination. He went from 2.1% the day of the debate to 2.3% the day after. So while he hurt Rubio’s chances significantly, he’s done next to nothing to increase his chances of winning.

The simple fact is Christie has essentially no chance of winning. Beneath his tough-guy, tell-it-like-it-is rhetoric, he’s consistently rated as the most moderate or second most moderate Republican candidate. If Christie were ever to become a serious contender for the nomination, he would be quickly slapped down by Trump, Rubio, and Cruz for his centrist record. It’s very unlikely that someone as moderate as him could win with a conservative base that seems more committed than they’ve been in decades to moderating a genuine conservative.

Christie’s attempt to save his own campaign by torpedoing Rubio’s seems to have failed, according to the betting markets. Rubio is down significantly and Christie has barely moved. As Rubio is clearly more likely than Christie to be the nominee, and would do much better against Clinton, what Christie actually did was reduce the chances of a Republican winning in November. But he did that while doing almost nothing to help his own lifeless campaign.