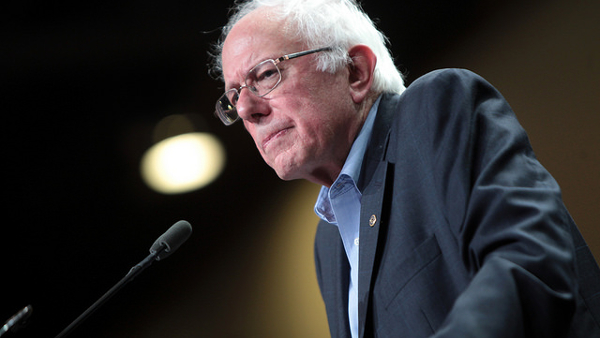 “Gene” Debs as he was known in my railroad family, growing up in the 1930s, was a great American. Today, people look back with horror on Deb’s because he founded the American Socialist party. Of course socialism is utterly wrong-headed, and persists today largely because of compassionate ignorance. This was just as true in Deb’s time as it is today, but the world was yet to experience the horrors of totalitarian life under the socialist experiments in Russia and Europe, to say nothing of China. It is against the backdrop of his times that I say he was a great American.

It was hard for Debs to know better, but Sanders has no excuse, and would be well-advised to redirect his compassion to more effective ends. Debs was jailed under the Espionage Act at a peaceful gathering for his speech in opposition to the war. This more than anything, since his days devoted to improving railroad working conditions, is what made him a great American.

The following is an excerpt from my book, NARRATIVES OF DISCOVERY now at the stage of a badly needed copy editing:

In 1920 my mother cast her first vote for Eugene Victor Debs, socialist candidate for President, who was campaigning from his jail cell where he had been sentenced as a result of his opposition to World War I. Debs drew just under one million votes which will give you a rough idea of the popularity of his opposition to the war; his first candidacy for President as a socialist was in 1900 when he received 96,000 votes! Debs was convicted under the Espionage Act of 1917.

His supporters mounted a court defense of his conviction, ending in the Supreme Court case, Debs vs United State (1919) upholding his conviction. In our time Daniel Ellsberg was charged under this act for leaking The Pentagon Papers to the NY Times. (For more on Ellsberg, see Chapter 8). Although sentenced to a term of 10 years, President Warren G. Harding—his Republican opponent in 1920—commuted Debs’ sentence in December 1921 along with 23 others imprisoned for their opposition to WWI.

According to the N.Y.Times:

“Announcement was made at the White House late this afternoon that President Harding had commuted the sentences of twenty-four so-called political prisoners, including Eugene V. Debs, who were convicted under the Espionage Act and other wartime laws and sentenced to from two to twenty years. Debs will be released from Atlanta Penitentiary on Christmas Day. ‘The President expressed the wish that it be stated that the grant of clemency in the cases acted upon does not question the justice of any action of the courts in enforcing the law in times of national peril, but he feels the ends of justice have been fairly met in view of the changed conditions. The vast majority of so-called political prisoners still imprisoned are (sic, is) the I.W.W group, are rarely American citizens and have no good claim to Executive clemency. A number of convicted citizens have never been imprisoned, owing to appeals under bond. There are also many thousands of indictments under war legislation still pending. These do not come under Executive consideration.”

(See: “Harding frees Debs and 23 others held for war violations.” New York Times, December 23, 1921).
It had been an unpopular war, a major departure from American isolationism going back to the founding of the nation, seen in retrospect by many as a disastrous break with a successful past policy of avoiding European conflicts—Harding’s pardon was a healing act in recognition of changing attitudes, while respecting the rule of law. The national revulsion to the war would haunt Franklin Roosevelt with the rise of Hitler and the growing inevitability of WWII. Bertrand Russell, a British pacifist opponent of WWI said that there had been only two wars worth fighting: the American Revolution and World War II. Russell did not live to see the Vietnam War added to his list of wars not worth fighting.