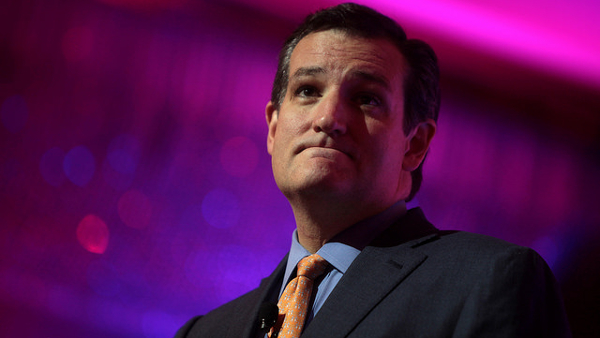 Presidential elections are about, above all, just two things: our security and our prosperity. Promises of prosperity have all but faded into the background… except by Donald Trump. In the last debate in which he participated Donald Trump hit the voters’ target bull’s eye in stating “I want to use that same up here, whatever it may be, to make America rich again.”

None of the other candidates came close to featuring The Message we voters wish to hear. Prosperity. If the other candidates — most notably #2 Ted Cruz — wished to gain the voters’ hearts, or at least votes, they would stop hassling Trump about his already very well-known foibles and flaws.

The blowback from Cruz’s slam on “New York values” — when he could have said “Upper East Side New York Values” and hammered it home by pointing out that Trump brags that Hillary Clinton was a guest as his 2005 wedding — shows the folly of picking on Donald Trump’s foibles.

Most of the voters are not looking to elect someone for their personal virtue. The voters are looking for someone who will get the job done.

What job? Job One: Restoring jobs and opportunity.

Shrewd candidates would make prosperity the keynote of every speech and every comment and every commercial between now and the end of the primaries. And, then, in the general election.

What is unfathomable about Cruz is that he has dealt himself a royal flush while Donald Trump is holding, at best, a pair of deuces. Cruz has presented the most impressive proposal in the field for creating a roaring “Reaganesque” recovery. Yet Cruz is not materially campaigning on it.

“Trump’s economic policy isn’t really a policy; it consists of claiming magical abilities to reclaim the jobs that foreigners have stolen from us, and a ritual genuflection toward lower taxes. All politics contains some element of this, of course: Just listen to the Democratic debaters on stage claiming that bankers nearly singlehandedly destroyed the American economy, and that ambitious programs can be financed largely by raising taxes on a tiny group of ultrawealthy people. But this is combined with some vision of what the economy should look like, resting on moral and empirical premises about fairness, justice, opportunity and equality. Trump’s argument is pretty much entirely “strangers stole your stuff, and I’m going to make them give it back, or at least keep them from stealing any more.”

Hey. We voters are a lot smarter than the candidates seem to think!  At least Trump is campaigning on prosperity. That said, as I pointed out here Trump’s proposed tax “reform” has been neutrally scored by the Tax Foundation as a $10T deficit bomb (and skewed toward the wealthy). Hello, Tea Party?

As to his monetary policy, as I pointed out here, Mr. Trump criticized Fed Chair Janet Yellen before she raised the discount rate for failing to raise interest rates while, in the next breath, claiming that raising interest rates was a recipe for “a recession-slash-depression.” Come in, Houston: Whiskey Tango Foxtrot?

Meanwhile, Cruz’s proposal to replace the tax code with a 10% flat tax (with ample exemptions for working families), coupled with a Business Transfer Tax, has been scored by the neutral Tax Foundation as close to deficit neutral and beneficial to every level of worker, from us Gilligans to the Thurston Howell IIIs (and Loveys), across-the-board. Very Reaganesque and unsurprisingly so, having been architecturally designed by Arthur Laffer, one of the premier minds behind the Reagan tax rate cuts.

On monetary policy, Cruz has called for the gold standard, which I have called a very good idea and the best idea — for restoring prosperity — in the presidential debate. Cruz would be insulated from attacks by Trump because Trump has spoken sympathetically, albeit ignorantly, about the gold standard. Trump, on WMUR last year:

To indulge in the unseemly expedient of facts for a moment, America has, and by far, the largest stock of monetary gold in the world. Moreover, the gold standard does not even require particularly large stocks of gold. Prof. Lawrence White, of George Mason University, definitively has put the “not enough gold” myth about the gold standard, among many other such myths, to rest.

Trump’s promise of a worldwide-depression-inducing tariff would be another albatross around his neck if only he were forcefully held to account. Such a Depression would not merely be Great.  It would be The Greatest Depression Ever!

On taxes, money, and trade  Cruz’s proposals are sensible and defensible. Trump’s ideas do not hold up even to casual scrutiny. Trump has a brutally exposed flank right in the heart of what we voters most yearn for (according to all the polls): Prosperity.

Apparently the problem of getting candidates to campaign on job creation and economic growth is a real classic. As Bob Shrum wrote in his unforgettable political memoir No Excuses (which I have quoted before yet bears repeating):

Carville was obsessed with keeping the Clinton Campaign on message. That was easier with the ads than the candidate. A pledge to “end welfare as we know it” reassured voters in the middle. The point of the lance was economic: Clinton had an economic plan, a health care plan; Bush didn’t and you couldn’t trust what he said anyway. But it was hard to channel a candidate who was a policy prodigy. Clinton’s broad reading and interests sometimes led him to break out of the message box of his own campaign. I was on the phone with Carville one day when he said he had to hang up; the road was calling in. He was agitated when we talked a little while later. Somewhere in the Midwest, he said, Clinton had suddenly launched into a soliloquy on nuclear nonproliferation. There wasn’t one goddamn vote in it, Carville shouted at me—a warning he had delivered, a little more respectfully, to his contrite candidate. When James put up his famous sign in the war room—“It’s the economy, stupid!”— it was not just an admonition to the strategists and to the staff, but to one very smart former Rhodes Scholar named Bill Clinton. He’d never won one of those fancy scholarships, Carville told me on vacation after the campaign, but it didn’t take a genius to know what this election was about.

To his credit Donald Trump is keeping his eye on the electoral ball — Prosperity! — whatever his wild swings. The other candidates are focusing on far less compelling issues.

National security has been well handled and the candidates’ positions well established. I roughly divided the GOP field into three “tough doves” — Trump, Cruz, and Paul — two “moderate hawks” — Bush and Rubio — three “wild hawks” — Kasich, Christie and Fiorina — and one confusing effort to straddle hawk and dove — Carson. The polling strongly indicates that the GOP voters prefer the Reaganite “tough doves” over hawks. So let’s move on.

Nobody can trump Donald Trump on “shock jock/Reality TV” style politics. It’s pointless even to try.

Presenting a credible recipe for real prosperity is another matter.

Security handled, in the world of the American voters prosperity trumps. Will Cruz, Kasich, Bush, Paul, or another candidate come out of the weeds and relentlessly focus on what this election now mainly is about: prosperity… and who has the most credible recipe?

If so, will they do so in time? If not… here comes nominee, and maybe even president, Trump. If the contenders will focus on prosperity the nomination remains up for grabs.