Racial Egalitarians Everywhere, Please Stop the Name-Calling and Get Serious 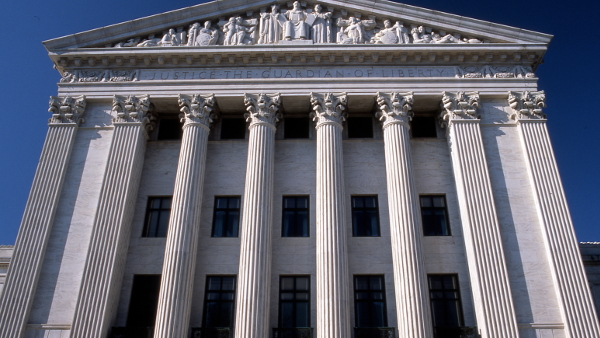 During the recent oral argument on the affirmative action case involving the University of Texas before the US Supreme Court, Justice Antonin Scalia aggressively questioned the counsel defending the University’s use of race in its admissions processes, speculating at one point on the possibility that – because it encourages black students to attend highly selective colleges which make academic demands that some of these students may not be well prepared to meet — AA might be counter-productive (by discouraging their successful completion of rigorous programs in the hard sciences, e.g.)

His comments prompted this outrageous editorial cartoon from a pundit who takes issue with the Justice’s speculations. And now the liberal cognoscenti chuckle up and down the East Coast at the spectacle of seeing a sitting Supreme Court Justice being depicted in a Klansman’s robe. Ha ha. Very funny. Don’t we all know that Scalia is a racist?

This kind of supercilious reaction only underscores the intellectual poverty and, indeed, the moral corruption of public discourses about race and inequality in America these days. It’s not funny; it’s pathetic. When will we get serious about these matters?

The fact is, Scalia’s speculations are not at all implausible. Moreover, they can only be effectively rebutted by making arguments and citing evidence, not by name-calling. With no brief for Scalia’s jurisprudence intended here, it is obvious that his questioning was not the least bit racist. He was (crudely, I acknowledge) referring to the so-called “mismatch hypothesis,” which holds that AA distorts the allocation of black students across colleges distinguished by the schools’ academic competitiveness, and that said distortion adversely affects the college experience of AA’s beneficiaries (by leading fewer to major in the sciences, e.g.) There is good evidence supporting this view, and I wish to insist that it deserves to be taken seriously.

These are not ideological issues at the end of the day. They are social scientific issues, and they can’t be satisfactorily resolved from an armchair or at a rally. Scalia was not saying, as he has been outrageously accused of implying, that black students are congenitally unsuited to study technical subjects. Rather, he was postulating that colleges vary with respect to the intensity of the intellectual demands they place on students; and that the students vary in the extent of their academic preparations for meeting those demands. There would be no need for affirmative action — that is, for the application of different criteria in the admissions process for black and white applicants — if the latter were not so. And, the fact that states like Michigan, California, North Carolina and so forth maintain so-called “flagship” elite and highly selective public universities (in Ann Arbor, Chapel Hill, Berkeley, etc.) alongside a network of less academically demanding and less selective state colleges is plain evidence that the former is so. Scalia’s concern — plausible on its face and supported by the work of scholars such as Richard Sander at UCLA and Peter Arcidiacono at Duke — is that the net effect of affirmative action, in the aggregate, may be to leave many black students who are interested in the sciences, and who might have flourished at the less academically demanding colleges, on the academic margins at the more demanding ones. Is it really the case that merely uttering such plausible speculations places one outside the ambit of respectable public discourse about race in America today?

Read this, for a brief introduction to the serious study of these matters.

In particular, take note of this passage, and its quote from Duke’s Peter Arcidiacono (whose careful analysis of the data at his home university showed that the black students — who on arrival expressed a similar interest to major in the sciences but who, due to affirmative action, came with lower prior academic qualifications than their non-black peers – were significantly more likely than white or Asian students to abandon their initially expressed intention to major in one of the hard sciences. Quoting Arcidiacono:

“People have written that my study says black students are taking the easy way out and have a poor work ethic… The paper says nothing close to that.”

Arcidiacono goes on to explain that although black students at Duke were much less likely to persist in certain majors, these differences disappear once the researchers distinguished students based on their academic background.

“What we were excited about is that there are no racial differences in behavior once preparation for Duke is taken into account.”

His study also argued that, though elite universities are trying to increase the number of minority students in natural sciences and engineering through affirmative action, the policy is actually working against them at Duke. Arcidiacono, no Klansman himself, also noted that affirmative action is more aggressive for black students than for other groups, in part because of the significant wealth gaps and poorer schooling as a result of discrimination…

SO, HERE’S MY BOTTOM LINE: I’m just disgusted with the way that we have come to talk about these race issues. Sophistry has replaced serious inquiry. Yet, name-calling is easy; while problem solving is harder.

If one is interested in producing genuine racial equality of opportunity for college students in this country, given the facts on the ground, one will necessarily have to come to terms with a vast disparity by race in preparation and qualifications for advanced study in the technical curricula. To paint a conservative jurists like Scalia as a Ku Klux Klansmen is simply to adopt a comforting pose, not to make a serious argument, and it points us nowhere close to a solution. It also shows a scandalous contempt for the institution of the United States Supreme Court…

So, enjoy yourselves, liberal cognoscenti. And, while you’re guffawing, you can settle-in for a few more decades of black “under-representation” in the STEM disciplines at the elite colleges and universities of America. Because none of your smug, holier than thou name calling is going to fix any of the underlying developmental inequalities that make affirmative action necessary to achieve a greater black presence at these colleges, and that may entail a very real risk of the kind of unintended consequences which Justice Scalia intimated.