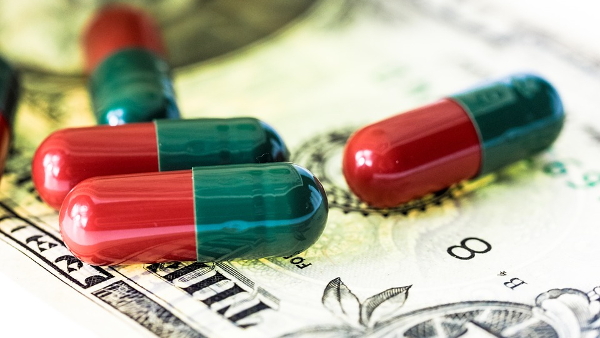 Donald Trump’s proposal to allow the federal Medicare program to negotiate prices with drug companies should be a wake-up call for the pharmaceutical industry.

Trump is leading in the polls for the Republican nomination and is even drawing the support of Tea Party conservatives who, just a year or two ago, never would have supported a candidate endorsing such strong government intervention into a private-sector industry.

Characteristically, Trump didn’t give a lot of detail about his plans. He claimed $300 billion in savings per year (about 10 times more than is realistic).

But that doesn’t matter. If the leading GOP presidential candidate—a man who has proved masterful at reading the public mood and playing to it—has signed on to this idea, it proves that change has come.

I know that many veterans of the pharmaceutical industry think they have seen this horror movie before and know how it ends. There have been several past public furors over the price of prescription drugs, and each one gradually faded without major disruption for drugmakers.

But this time feels different.

Trump’s proposal is just the latest indicator of the increasing bipartisan support for government action on drug pricing.

One reason for that is this is the first big drug price controversy since Medicare Part D kicked into effect 10 years ago. That means this issue is not only hammering seniors—the most sympathetic and most-likely-to-vote segment of the population—but it also affects the federal budget.

Republicans in Congress, if you haven’t noticed the past few years, are not eager to run up federal spending. Remember Marco Rubio saying in October that some drug companies are engaging in “pure profiteering” and that high prices could “bankrupt our system”?

Another reason the drug price controversy is different this time is that consumers are more exposed than ever to high drug prices. One out of every four Americans covered by an employer is in a high-deductible health plan, according to Mercer’s latest survey. That up from just 3 percent in 2006. And pretty much everyone buying coverage on the Obamacare exchanges is in a high-deductible health plan.

High deductibles mean all those patients are exposed to the full brunt of high-cost drugs.

So then it’s no wonder that 77 percent of Americans said in an October tracking poll by the Kaiser Family Foundation that the top health priority of the president and Congress should be “making sure that high-cost drugs for chronic conditions … are affordable to those who need them.” Even 73 percent of Republicans agreed with that statement.

If the drug price controversy is different this time, it means the response from pharma needs to be different. At least if the industry wants to avoid draconian limits on its ability to reap rewards from its most innovative research.

One interesting idea floated on The Health Care Blog recently by Dr. Soeren Mattke, a senior scientist at RAND Corp., was for the industry to voluntarily limit price growth on mature drugs.

“A solution could be for the research-based companies to adopt a voluntary code of conduct that would limit price increases on established products to inflation or to the cost of inputs,” Mattke wrote, adding, “This would be a small step for multi-billion dollar companies, but a giant leap towards becoming a respected partner when decisions about the future of healthcare are being made.”

Here’s another idea: create an industry-wide information service for patients and their doctors that combines the findings of comparative effectiveness studies with price information. Such a service would extend pharma’s medical commitment to deliver the right medicine to the right patient at the right time into the financial realm, delivering the right-cost medicine for each patient’s circumstances.

Last, pharma companies could ramp up the donations and discounts they give patients—and not just to the poorest customers. Indianapolis-based Rx Help Centers has been having success getting drug companies to give discounts or, via their foundations, donations to moderate-income patients. These patients have commercial insurance—yet still face crippling costs from a high-cost prescription drug.

If drug companies voluntarily removed the sting off their high-cost medicines for both poor and working-class Americans, they’d likely be accomplishing both their missions: promoting health and promoting profits—because they would fix a problem before public outcry makes politicians do it for them.