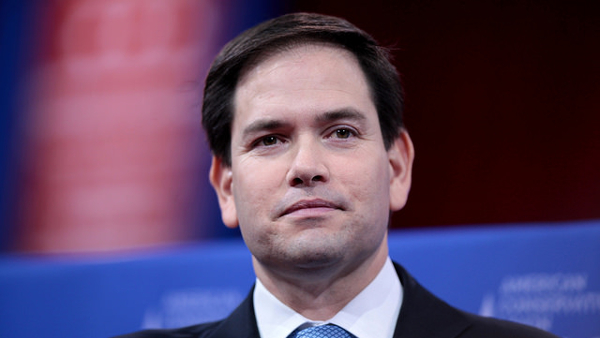 Last night we saw the Marco Rubio his supporters have been waiting months to see. As Donald Trump won states, dominated national opinion polls, and dominated the media’s attention, everyone who didn’t want Trump were waiting for Rubio, who is clearly a skilled debater, to attack Trump on his lack of substance and detail. Thursday night, Rubio did just that.

Prior to last night, Rubio had focused more on Cruz than Trump. Now that Cruz’ chances of winning the nomination are minimal – in the Affluent Investor average of political betting markets, he’s at less than 3% – it’s become clear that this is going to be a race between Trump and Rubio. And Rubio knows he can’t become the nominee while ignoring the current front-runner.

This morning, Rubio repeatedly referred to Trump as a con-artist and a lunatic in interviews. He also held a rally where he read out loud Trump’s misspelled tweets, (Trump wrote out a series of tweets this morning where he called Rubio a “leightweight” and said, “once a chocker, always a chocker,”) accused him of being a failed businessman, and said that he was having a meltdown during the breaks in the debate.

In a normal campaign, this conduct would be considered totally out of line. But Trump has changed the standards for what’s considered acceptable rhetoric.

In last night’s debate and this morning’s interviews, Rubio presented a different version of himself. In the past, he came across as competent and detailed, but overly-rehearsed. Often times he seemed like the most nervous and worried person on the stage. He did not exude confidence. But last night and this morning Rubio appeared relaxed, confident, but also angry, and even annoyed; and he demonstrated that he was able to get down into the mud with Trump and win.

He’s set himself up as the anti-Trump: the only person who can go toe-to-toe with Trump and win. And the data supports him. In opinion polling for hypothetical matchups, Rubio is the only person who polls higher than Trump. Carson, Kasich, and Cruz all poll lower than him in a one-versus-one race.

The question now is whether Rubio’s strong debate performance will translate into good results on Super Tuesday. Past contests indicate it will: Rubio voters in Iowa, New Hampshire, and South Carolina were made up largely of people who decided in the last few days. A good debate performance – like the one before Iowa – results in him outperforming expectations. A bad debate performance – like the one before New Hampshire – results in him underperforming expectations. Contrary to popular belief, Rubio doesn’t need to actually win any states on Super Tuesday. The delegates are awarded proportionally until March 15th. All Rubio needs to do is perform better than the pundits say he will. There’s no question that Rubio had a great debate. If the past is any indication, that means Tuesday night should be good for Rubio.