A Conservative Christian Scholar Makes His Case for Trump 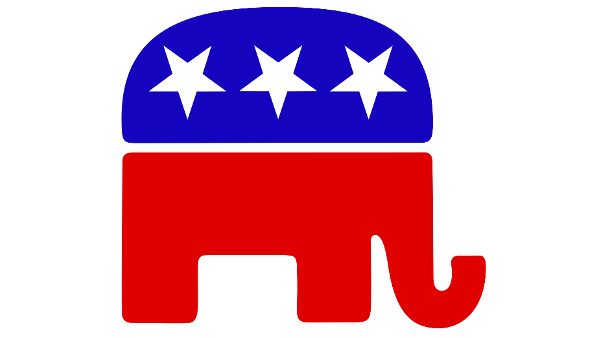 A cabinet member in the administration of President Ulysses Grant once told Henry Adams “A Congressman is a hog! You must take a stick and hit him on the snout.” Today, that advice can be applied to all Washington and its outlying establishment. I am not interested in the thoroughly corrupt Democrat Party, which as many readers know was founded in the 1820s for one specific purpose: to protect and perpetuate slavery. So my interest here is solely with the Republican Party, the GOP, but better known today as the GOPe (for GOP “establishment” or “elites”).

For the past 20 years, the Republican Party has eroded from its Reagan-era principles of limited government, strong national defense, anti-communism, and, in part, free trade. But it is worth remembering that most of those characteristics were not the founding principles of the Republican Party, which was built on the fundamentals of the Whig Party, namely a high protective tariff, federal support for “infrastructure” and a national bank. Anti-slavery of course stood right at the top, and distinguished the Republicans from every other early non-Democrat Party. The Republicans’ opposition to slavery was the major reason they supplanted the Whigs—but not the only one.

Yes, I’m getting to Donald Trump, but to do that a little history—which has been conveniently forgotten in the last eight months—is essential. The Founders were not “free traders.” George Washington, James Madison, John Adams, Ben Franklin, and Alexander Hamilton were nationalists who believed that American national defense and security came first, and that to ensure our security, certain industries had to be healthy and functional in America at all times. Those included iron and textiles. This attitude led Hamilton, with Washington’s blessing (and the support of every other president until Woodrow Wilson, to support “protective” tariffs on certain products (mostly iron and cloth). It needs to be re-stated: NO American president prior to 1920 at the earliest was a “free trader.” EVERY American president, including Reagan, was willing to extend government support to certain key industries or companies based on their ability to support military necessities, including Lockheed and Chrysler. The point is, what many people think of when they think of “conservatism” in a traditional sense isn’t “conservative” at all.

Now, back to the recent GOPe. The explanation for the rise and success of Donald Trump is that the GOPe has completely betrayed not only the Republican voters but the American people as a whole. While they hurl charges of “crony capitalism” at Trump, it is in fact the GOPe which has been the “hog” mentioned earlier. They are all at the trough—the legislators, the regulators, the writers at National Review and the Weekly Standard, the bloggers, and the consultants (who managed to convince poor Jeb Bush to pay them $100 million to exit the race before the bumper stickers were even printed). Trump exists because of their failure.

For six years, the GOP-controlled House has done nothing whatsoever to stop Barack Obama’s quasi-dictatorial reign of terror. Admittedly, the House’s only powers—even after Republicans took the Senate—were either to impeach Obama or shut down the government. The Republican leadership made clear it would do neither. If you have a gangrenous wound and you won’t take antibiotics and you won’t amputate, you die. The GOPe has died. Like the creatures on the “Walking Dead,” they may not know it, but the Republican Party of Nixon and Reagan and Bush is dead. There still may be a chance to save the original Republican Party of Lincoln.

Trump’s initial success came in Arizona. I was in Arizona at the time, though not at the speech. We watched live on local news as his talk, originally slated for a venue of 1500, had to be moved due to demand to a venue 10 times that size, and even then, all did not get in. That told me that he had already touched a nerve. He spoke that day about illegal immigration and building a wall, and had the father of a slain teenager, Jamiel Shaw, come on stage and speak while The Donald stood off to the side. Shaw was real, and captivating.

Here was something the GOPe never did—because the elites of course never wanted to shut down illegal immigration. Open borders, or the “cheap labor express” as conservatives called it, was their ticket to continued corporate wealth while blue-collar and middle class Americans saw their jobs leave. (At another, more recent rally, Trump had a former Disney employee, Leo Perro, spoke about how the H-1B visa program had destroyed his life). Trump had done someone no one else had done: call up real Americans harmed by a destructive program in normal campaign stops.

It was immigration that sparked the initial interest in Trump, with his promise to “build a wall and make Mexico pay for it.” The GOPe and talking heads everywhere just assumed he was a “clown” and would “implode” (a word used more in the 2016 campaign than I could count). In fact, Trump continued to get stronger. It is a standing joke among Trump supporters that “Trump has peaked” each time a new poll shows him hitting new highs. He soon attacked Obamacare, trade deals with China, and then, in December 2015, when the Muslim rampage shooting in Paris occurred, he advocated allowing national concealed carry and to re-institute allowing military personnel on bases carry weapons.

These were all entirely common sense suggestions, and the Wall had been (supposedly) funded years before—but still never fully built. Americans began to gravitate to Trump in shocking numbers. Out of a 17-person field, he led, often with 35% of the vote. In mid-January 2016, the Politico ran a story about evangelicals “flocking to Trump,” noting that he earned the support of 37% compared to the more “faith-oriented” Ted Cruz, who just had 20%. What gives?

Trump had tapped into real conservatism, real American nationalism of the type that George Washington and James Madison embraced. Both men were religious (Washington more so), but both, while making regular references to God, never framed their political duties within an “evangelical” or denominational context. Their concern was America, and faith in American would continue to be strong as long as the foundations of the United States were protected. When Trump says “There will be a lot more of saying ‘Merry Christmas’ when I’m president,” this isn’t a threat about a mandate: it’s a promise of an attitude. When Trump promises to restrict immigration of Muslims (such as the tens of thousands of Syrian “refugees” imported by Obama), Christian voters saw in that virtually nothing of denial of religious rights and everything of a common sense realization that no nation has accepted large numbers of Muslim immigrants and remained substantially non-Islamic. (The tipping point, so I’m told, is about 4% of the population being Muslim, and most of Europe is long past that).

In short, why Trump and why now? Because no one else has said what he said in the way he has said it, and more importantly, no one else has so far instilled the confidence that they would in fact follow through. Several candidates belatedly echoed Trump, but the air of inauthenticity surrounds them all because, after all, every single one was part of the system that gave us the current mess. If voters are looking for a pure Hayekian “free trade” conservative, Donald Trump ain’t your man. If you’re looking for someone to restore us to the conservatism of Washington and Lincoln, he certainly is.