Beyond Reason, Beyond Liberty 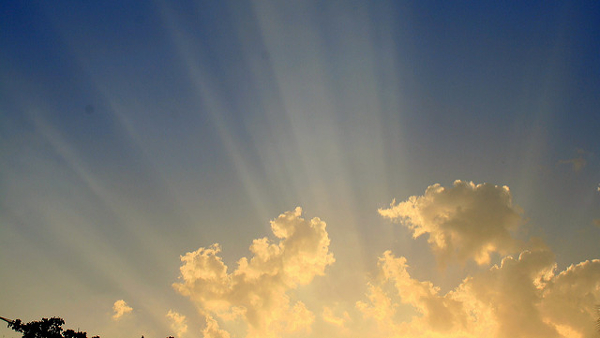 Reason is a sacred cow for much of the liberty movement. It is a standard mantra of libertarians and their allies that if people could only transcend their base desire to the domain of reason, we would begin to have freedom.

I disagree. I think the Bible disagrees. Libertarians are stuck on Descartes’s extravagant deceit, “I think therefore I am.” We need less Enlightenment and more Renaissance. Like Shakespeare, the Biblical tradition is much closer to “To be or not to be.” This latter notion carries with it an embodied reality congruent with incarnational experience: humans are converted not through a pure intellectual ascent but rather their whole being is slowly transformed through ritual and imitation.

“Be me!” Christ implores. “Very truly I tell you, whoever believes in me will do the works I have been doing, and they will do even greater things than these, because I am going to the Father.”
John 14:12

Christ is the only Man of History that does not set himself up as an obstacle. Unlike other great teachers, he invites his audience to surpass his work of making the world right by imitating his example. It is not enough just to be a fanboy of his, you must get out of the vessel admist the storm of existential reality and walk on water. Walk on the Sea of Tiberias. Make the pagan emperor’s waters a footstool under your feet, Jesus challenges.

This is beyond the domain of reason. With Jesus, we are dealing with the mastery of our desires. To be or not to be: to be truly human or to be less than human, a slave to passions blinded by the lie that our reason captains these subconscious haunts.

Reason and its cultural gatekeepers in academia finds its foundation in the sacred. Religion in the latin root, “to bind together” is the source of culture. It is the guide, for good or ill, of our desires, both destructive and self-emptying. Those who believe they have rejected “religion” for reason and ideology do so at their own cost as they inevitably fall prey to the universal desire to create inside castes in which transcendence is attained through ritual mental ascent and purified specialized language through the expulsion of profane outsiders.

For example, people don’t support violence-based public schools because they don’t have their logic right. They support violence-based schooling because, as a species, we are slow to renounce our desire for sacred “good” violence to prevent profane violence (truancy of children, factory children, ad naseum). Fear and envy conspire to trap neighbors into patterns of behavior they would be hard pressed to carry out on their own if it were not for the comfort of the crowd: placing a human being in a cage for refusing to contribute resources to an educational enterprise.

As Richard Koenigsberg notes, “Political participation is generated by the desire to fuse with the body of a sovereign conceived as gigantic and omnipotent.”

We are dealing with humanity and the transcendence we experience when part of a corporate body with strength of sacred coercion over others. This desire is beyond reason. It is beyond facts and arguments. It is a religious devotion, a desire for cathartic ecstasy which must be overcome not by force of mind but by one who embodies self-giving so contagious people will sing about it for millenia.

I believe that person to be Jesus of Nazareth.

We must imitate him or perish as a species. Our problem is not the state. It is only a symptom of our desire for vengeance and for the possessions, no, the very being of our neighbor. We presume to be gods of our desires and so we try to consume other humans, rival gods that irritate our sense of completeness. In order to contain our petty rivalries we allow our desires to be consumed by the transcendence of a collective body. One that has warring demigods, each tomorrow’s scapegoats, at its helm all seeking to have us imitate them “and they will do greater things” than we as mere neighbors. It is literally the anti-Christ.

Humans will not stop envying and using collective violence because of reason. We will stop when we imitate Jesus. We must create contagious patterns of reciprocity which infect communities with self-giving, rather than sacrificial, institutions of welfare, education, and security. We must use subversive creativity—an aesthetic of gratitude not envy—to bear nonviolent witness to the banal vulgarity of state violence. We must not sell people on maximizing their freedoms. Instead, ask them to imitate us in seeing God—in his self-emptying beauty—in our little other, not the Big Other of our old religions and ideologies.

We’re never going to sell people on the joys of a world where they don’t have to wear their seatbelt. But we can help our neighbors see their neighbor as a person who should not be stolen from or caged for failing to do so.