Donald Trump is Right About NATO 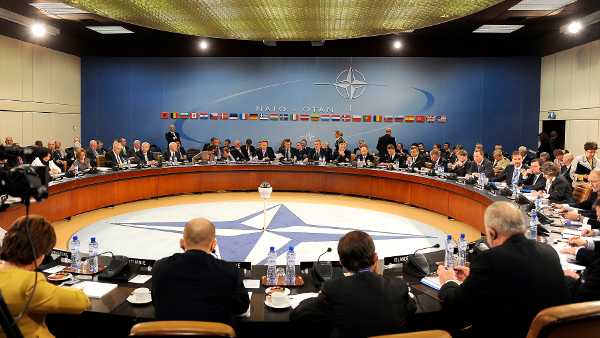 Of all the controversial things Donald Trump said last week, the one Hillary Clinton decided to latch on to for her foreign policy outline speech was Trump’s comment on the United States’ role in NATO. He suggested that we should be torturing Salah Abdeslam – a suspect in the Paris attacks being held by Belgian authorities – despite his cooperation with his detainers. Trump has actually suggested that somebody who was then cooperating with police and answering their questions should still be tortured so he answers the questions faster.

He refused to rule out the use of tactical nuclear weapons against IS, recalling 1964 Republican nominee Barry Goldwater’s insistence that field commanders be allowed to use nuclear weapons in Vietnam (Goldwater, by the way, lost to LBJ 38% to 60%.) But Hillary Clinton decided that his suggestion that we reduce our involvement in NATO was more worthy of objection. The thing is, Trump’s stance on NATO is one of the few issues he’s correct on.

The problems with NATO, predictably, emerged after the fall of the Soviet Union. This alliance had been formed explicitly and entirely to resist and oppose Soviet expansion in Eastern Europe and the Balkan Peninsula. After the fall of the Soviet Union it no longer had a purpose. It was clear then, as it is today, that Russia would have neither the capability nor the will to reestablish an empire in Eastern Europe – don’t confuse for imperial expansion a minor military intervention to support a separatist movement in an ethnically and linguistically Russian region of Ukraine. In this post-bellum era of the 1990s, NATO could have disbanded, or it could have reoriented itself to focus on the threat of a rising China, or preventing terrorism and other tools of imperial expansion employed by Iran and Iraq.

Instead, in violation of a verbal agreement between Presidents Clinton and Yeltsin, NATO expanded to include former Soviet Socialist Republics like Latvia and Lithuania. Throughout the 1990s and 2000s, NATO involved itself in brush-fire wars and police-keeping interventions in Europe and Africa. Instead of maintaining its original purpose as a military alliance meant to ensure the security of most of the West, it became a bureaucratized humanitarian inter-governmental organization, a scaled-down version of the UN.

The United States is now in a situation where it’s paying disproportionately for the continued existence of an alliance that no longer serves a purpose. The United States has alliances separate from NATO with Germany, the United Kingdom, and Turkey. It does not need NATO to ensure support from these states in a defensive war. But the United States is now legally obligated as a fellow member of NATO to defend Latvia, Lithuania, and Estonia if they were ever attacked. How does this serve US interests? We may decide that if the time comes, it is in our interest to defend Latvia, but to make ourselves pre-obligated by treaty to do so is of no benefit of us, and could be highly detrimental. Treating the security of Latvia as being of equal concern to the US as we do the security of the United Kingdom unnecessarily ties the hands of future presidents, and could end up creating a situation where minor territorial incursions could lead to global wars.

Donald Trump’s determination that NATO in its current form is obsolete is correct. It has not adapted to the modern international political landscape, and no longer serves the purpose of defending the United States and other Western liberal democracies. It should be re-purposed to focus on the new challenges to the security of the West, or it should be shut down.