If Rubio Falls, the Party Must Back Cruz 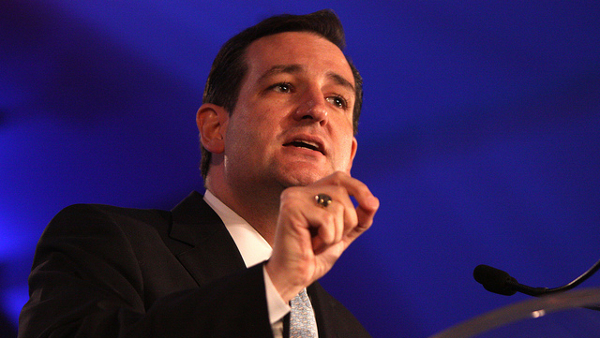 If Marco Rubio does not win Florida, his campaign is over. The embarrassment of losing one’s home state, even by a small margin, is enough to end anyone’s campaign. Beyond that, it’s difficult to see how Rubio reaches the requisite number of delegates to be the nominee before the convention, without winning Florida.

Two weeks ago, the idea was Rubio winning Florida would re-energize his campaign and generate “momentum.” Now it looks like he absolutely needs to win Florida just to keep his campaign alive. He’s behind in delegates and facing almost entirely negative media coverage.

Ted Cruz realizes this, which is why his campaign and his super-PACs have started a large advertising campaign in Florida. The goal here is not to secure a Cruz win – he’s polling at 12% in Florida, so it would take a huge shift in Cruz’ favor for him to have a chance there. Instead, Cruz is hoping to siphon enough votes from Rubio to allow Trump to win, forcing Rubio out.

It’s looking more and more likely that Rubio is no longer the favorite to beat Trump. Sure, he would win by a larger margin than any other candidate in a 1-vs-1 matchup against Trump. But that’s a meaningless metric if Rubio can’t get to that point at all.

What that means is that members of the GOP who are hell-bent on stopping Trump are likely going to have two options after March 15th: they can either get behind Kasich or get behind Cruz. If they’re smart, they’ll do the latter; because as bad as Rubio’s situation is, Kasich’s is even worse.

Rubio has 151 delegates. Kasich has 37. Kasich is currently polling behind Cruz in Michigan – which Kasich has spent a lot of money and time on. Michigan was one of the few states that Kasich actually had a chance at winning. Realistically speaking, the only state that Kasich can win at this point is Ohio. Kasich’s strategy is clear: win enough delegates on the margins to keep his campaign alive and participate in the debates. Then try to leverage his 100 or 200 delegates at the convention to become the nominee.

He has basically no chance in any of the Southern states, and is consistently beaten by Trump in the North and Northeast.

Cruz, on the other hand, is actually running a national campaign. He still generally loses to Trump in the South, but he’s fared better there than any other candidate. He’s also demonstrated competitiveness in the North East, as evidenced by his win in Maine. Of course, Maine was a closed caucus, and Cruz had a substantial ground operation in the state, so a win there isn’t terribly impressive, but perceptions still matter. If the media narrative is “Cruz can win outside the South,” that becomes true, whether it’s based on evidence and fact or not.

The simple fact is that it would be tremendously arrogant, and frankly foolish, for the establishment to get behind Kasich at this point. It’s far too late in the game to get behind someone who’s doing so poorly in both polls and delegate count.

The goal at this point is to keep as many delegates out of Trump’s hands as possible. In the case of Rubio losing in Florida and then dropping out, the party needs to get behind Cruz, not Kasich, in pursuit of this goal. Doing otherwise would greatly raise the odds of Trump getting a majority of delegates. They may not like it, but it’s becoming more and more likely that the party will need to support Cruz to stop Trump.