Prepare for a Brokered Convention 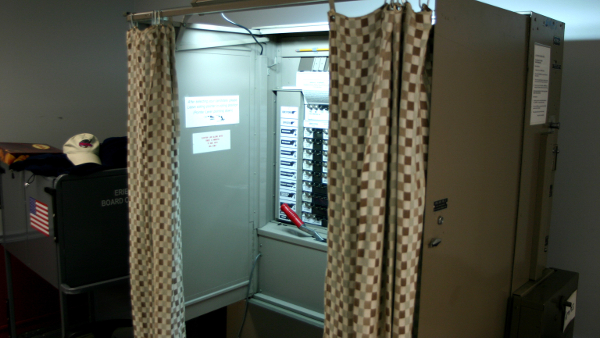 As the results rolled in for the 12 states that voted in last night’s primaries and caucuses, the mainstream media pundits were all saying two things: First, that Donald Trump is the inevitable nominee and that it’s impossible to stop him no matter what any candidate does. And two, that Rubio’s campaign is over and Ted Cruz is the new anti-Trump. Neither of these statements are true. Instead, the likelihood of a contested, or “brokered,” convention has become a very serious possibility.

The problem is, while Trump did not do better than expected on Super Tuesday (he underperformed his polls by a substantial margin in several states) the remaining candidates – excluding Dr. Carson, who’s running a campaign to sell books – did well enough for all of them to justify staying in.

What this means is that it’s highly unlikely that either Cruz or Kasich will drop out in time for Rubio to win the 1,237 delegates required to be the nominee. But Donald Trump is looking less likely to meet that threshold as well.

According to the Washington Post’s projections, Trump will not be able to reach 1,237 if he does not win both Ohio and Florida.

There’s little disagreement at this point that Trump is the single most likely person to be the nominee. In the Affluent Investor Political Odds Monitor, Trump is at 86%. If the current course continues, Trump will win a substantial plurality of the delegates, but extrapolating from that fact to “Trump is inevitable” is not logical. There are several scenarios in which Trump could be stopped, either in the next three months or at the convention.

As for the claim that Cruz is the new anti-Trump, it’s wishful thinking at best. The person to stop Trump before the convention is still Marco Rubio. Ted Cruz, while currently higher in delegate count than Rubio, does not have a viable path to the nomination. Most of the Southern states have already voted, and in general they’re going for Trump over Cruz. It’s conceivable for Trump to face a major, campaign ending scandal – for instance, the New York Times off-the-record conversation could reveal that Trump plans on abandoning his immigration stance when in office. Or perhaps his tax returns show ties to the Mafia, as Cruz suggested. In the unlikely situation of either of these things coming to light, and then being significant enough to end his campaign, Cruz would theoretically pick up a large percentage of Trump’s supporters. But even in that very unlikely scenario, Rubio would the primary beneficiary.

Despite winning three states, Cruz has a very marginal chance of being the nominee. This idea that Cruz is the most likely person to stop Trump is a short-sighted, reactionary response to a slightly better than expected performance by a long shot candidate. It’s not impossible, but reasoning your way to Cruz being the nominee requires some Olympic-level mental gymnastics.

The reality is, as long as John Kasich and Ted Cruz are stubborn enough to stay in, the best chance to stop Trump is to block him at the convention. In that situation, it’s not unreasonable to think that some candidate who is not currently running – Mitt Romney and Rick Perry have both been suggested – would be drafted by the party to represent it in November. The fallout of the GOP leadership essentially declaring a nominee instead of the voters is hard to predict, but it would in all likelihood do long-term damage to the party brand. But after months of personal attacks and exceptionally harsh rhetoric between Trump and Cruz, Cruz and Rubio, Trump and Rubio, Rubio and Christie, and Trump and Bush, the party brand is already severely damaged.