Sorry, Sanderistas: Scandinavia is Not Socialist 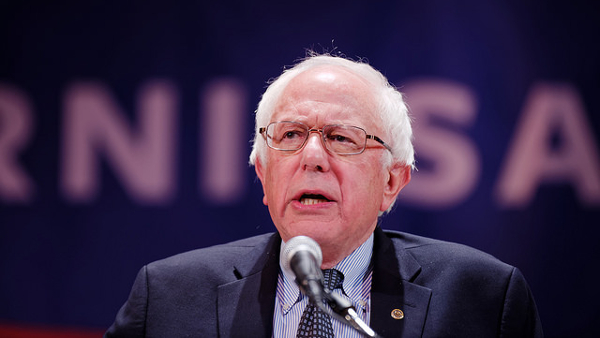 A staple in Bernie Sanders campaign appearances is his assertion that the United States needs to be more like the “rest of the world.” He talks about the need for the United States to embrace the “democratic socialism” of so many European countries. Here’s the problem: the states that Sanders admires so much are not socialist, and are in many ways economically freer than the United States is.

The Nordic states – Norway, Sweden, and Denmark in particular – are often called “socialist” or “democratic socialist” by leftists who try to use their relative success as evidence for the benefits of genuine socialism. But these states are capitalist. Still, this myth persists that Norway is an example of socialism “done right.” Socialism done right, as it turns out, is free market capitalism.

For clarity, we should define what these words mean. Socialism is an economic system characterized by public(state) control over the means of production. Capitalism, in turn, has private control over the means of production. There is a popular misconception that socialism is essentially wealth redistribution by the state, but this is not the case. Wealth redistribution is always the stated goal of socialists, but it is neither a necessary nor sufficient condition of a socialist economy. As such, a government could be redistributing wealth – which is done in some respect by every developed economy – without being socialist.

North Korea, for instance, is genuinely socialist. Cuba is somewhat socialist. The Soviet Union and its puppets were socialist. In all of those instances, the state controls the means of production and the economy. This is not the case for the modern Nordic countries.

If Sanders and his supporters(or, as I like to call them, Sanderistas) want the United States to be more like the “socialist” utopias of the Nordic countries, then they should start by loosening regulations on Wall Street and cutting corporate taxes.

The Nordic model is essentially this: the government allows markets and businesses to operate with relatively little interference, but then heavily taxes the income of wealthy individuals – not businesses –  and uses that to fund an extensive welfare system. This may not be a perfect economic system, but it’s not socialism. Sanders can pretend the success of free market economies in Scandinavia is evidence that his class hatred policies that are far further left than anything in Norway must be instituted all he wants, but the simple fact is that the Nordic countries are not socialist, and are in many respects more capitalist than the United States.

Sanders cannot claim the successes of free market economies in Scandinavia as evidence of the effectiveness of socialism. The simple fact is that the Nordic countries are not socialist, and are in many respects more capitalist than the United States.