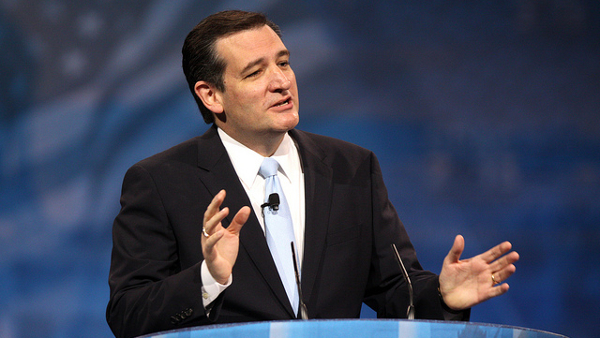 In Economics, we’ve seen painfully often the fallacy of looking only at the initial effects of an economic change, ignoring the long-term effects, and ignoring why the problem exists in the first place. These mistakes are made in no small part by cultural inclinations towards outrage. People see a problem, and react, “We’ve got to get rid of this completely,” without proper consideration of, “Why do we have this problem?” nor, “What will happen after this change?” I think the very same mistake has been made in regards to gender politics in the west, and I think we are now experiencing the unforeseen consequences.

There has been a good deal of discussion these past few months on whether women should be drafted into the Military. Marco Rubio, Chris Christie, and Jeb Bush all claimed that they supported women having to enroll in the Selective Services, which would then make them subject to the draft. In Peterborough, New Hampshire, Cruz said on the subject…

“I have to admit, as I was sitting there listening to that conversation, my reaction was, ‘are you guys nuts?’ Listen, we have had enough with political correctness, especially in the military. Political correctness is dangerous, and the idea that we would draft our daughters to forcibly bring them into the military and put them in close combat, I think is wrong, it is immoral, and if I’m president, we ain’t doing it.”

There are currently no plans to reinstate a draft, but the fact that various politicians, military officials, and gender activists would support such a thing is important. The idea that women should be subject to the draft has been growing since Defense Secretary Ash Carter announced in December that all combat positions in the military will no longer have gender-based restrictions. Recently Gen. Robert Neller and Gen. Mark Milley, as well as various other military officials claimed that all eligible Americans, men and women, should be required to register. As of this writing, Selective Service continues to be required only of men, ages 18 through 25.

And they are completely right. Women not being subject to the same obligations as men is an objective case of inequality. The problem, however, is that the image of our nations young women being sent off to fight in bloody wars on foreign soil is one many find horrible, even worse than the image of our young men doing the same. And this all begs the question, is progressivism making the world better for women, making a world where gender truly doesn’t matter, or simply putting the same burdens on women that have been on men for centuries? This, I think, is an unforeseen consequence of progressivism.

One of the nearly universal views in feminism and progressivism in general is that traditional gender roles helped to reinforce sexist stereotypes, and we should thus discourage such ideas. There is no denying that our early patriarchal understanding of the genders was one that needed to be changed, but somehow I think gender progressivism and third wave feminism wouldn’t have been so widespread had everyone known this would be the final result. Eighteen-year-old women could be drafted off to foreign lands to fight in wars without their consent: The reductio ad absurdum of progressivism. Women can’t be independent of gender roles without taking on traditionally masculine work.

There are huge numbers of women in the US that conform to what some would call an ‘old fashioned’ view of femininity, as something frail or delicate. Women who have had no part in the abolition of traditional gender roles. If the draft were reinstated, many of these women would be sent off to war. It seems as though we have to accept this, or forget our goals of becoming a completely gender-blind society.