Why Would I Defend Bill Clinton? 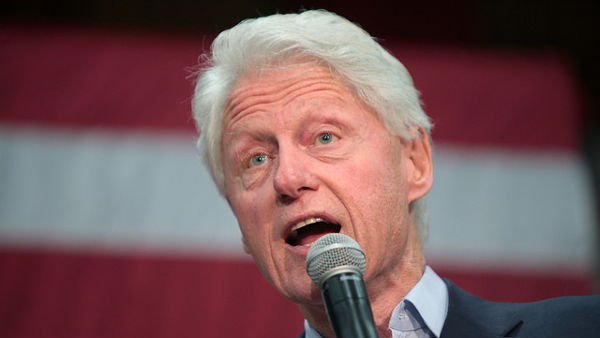 Some friends have objected to my recent post, extolling the political good sense of former President Clinton after his recent controversial rebuke of black protesters who interrupted a speech he was giving in Philadelphia last week. Here, FYI, is my reply to these objections.

As you may know, I was an early voice (years before Michelle Alexander) decrying the racial injustice of mass incarceration: namely, that a punitive anti-crime regime disproportionately enforced against black communities was allowed to expand beyond any reasonable bounds, mainly because those most adversely affected were non-whites. The scale of human suffering attendant to this injustice was described vividly by me, and at length, in that argument from 2007 (!), which you can find here.

I stand by what I said there.

But, I also stand by my (and Bill Clinton’s) criticisms of ‪#‎BlackLivesMatter. This movement employs the wrong tactics on behalf of what are largely the wrong objectives, in my view. But, it is not too late to change course. The carnage unfolding daily on the streets of the communities where black people (including some of my children and grandchildren) are living is an avoidable, tragic, and absolutely despicable aspect of urban black life today. I believe that this killing is in no sensible way understandable as the inevitable consequence of white racism; that in the near term, greater cooperation between community leaders and (reformed) law enforcement authorities — working together to secure the safety of the (black) people living in such communities — ought to be a top priority of those concerned with the integrity of black lives; and, that the only feasible long-term solution to these problems lies in expanding the structure of social provision in this country — in education, health care, employment, housing, family income support, and other policies, so as to create real opportunity for ALL disadvantaged Americans, regardless of their race.

Finally, I think that unless black thinkers like myself, who love our people and our communities, are willing to speak out and express the truths we think we have learned about this country after decades of study — unless we have the courage of our convictions — we will have betrayed our people and ourselves. This is not a popularity contest. I’m not looking to get applause from the crowd, or to be heralded with the snapping fingers of my students as a “loyal” race-man. I’ve been at this for nearly a half-century. I don’t want my grandchildren, another half-century from now, to have to confront the same BS when they turn on the TV or pick up a newspaper. So, I’m going to continue to call ’em as I see ’em, and I am willing to let the chips fall as they may.